4 Fun Triathlon Destinations Around The U.S. 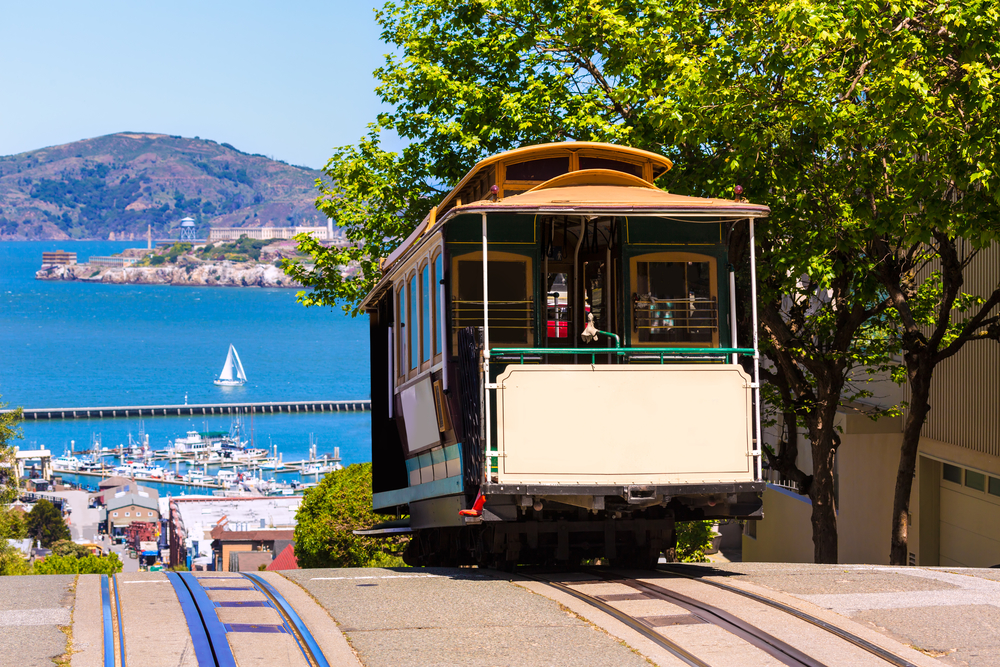 For triathletes, it’s always fun to find a new race or destination to focus on. Naturally, there are recommended competitions all over the world, so it’s not particularly hard to target a race you haven’t tried yet. However, the ideal outcome is to find a destination that serves as a mix, providing not only an intriguing race, but also a good place to relax and enjoy yourself after the competition. As most triathletes or other endurance athletes will agree, nothing beats the sense of accomplishment you gain when you finish a race – but some top-notch relaxation in the following hours and days can certainly come close!

Keeping this in mind we wanted to point to some of the most enjoyable triathlon destinations around the U.S., not just for races but for a bit of recreation too.

San Francisco may already be on the radar for a lot of serious triathletes who like to travel. This is because the city’s “Escape From Alcatraz” race is among the more famous, or at least more commonly recommended tri events in the United States. Named for the infamous prison in the San Francisco Bay, the race runs along a route that provides incredible views of the city and the whole Bay Area, including the modern wonder of the Golden Gate Bridge.

Meanwhile, it could be the case that specifics don’t need to be given as to why San Francisco is an ideal place to be in the hours and days following a triathlon. It is, after all, one of the most popular cities in the country. However, there are a few specific reasons as well. One is that San Francisco happens to be a happy and healthy city, meaning if you want to place a strong emphasis on keeping your body in prime shape after a race, you’ll be able to find healthy gourmet meals, wellness-oriented relaxation opportunities and the like all over town. It’s also a legitimate big city though, which means cozy hotel rooms, spas, and lovely restaurants abound.

Boulder has a simpler offering in some ways, in that the main race in town actually doesn’t consist of three events. It’s a running and swimming affair only, but a rather extraordinary one. Not only is the Boulder Reservoir a gorgeous and refreshing place for a swim, but running in this area – despite the high altitude – is almost oddly invigorating. Boulder exists in something of a natural amphitheater between distant mountain ranges and nearby rock formations, such that in a way it feels like you’re running in nature’s stadium. Meanwhile, it’s also about as nice a town as you’ll find in the U.S. for casual relaxation. High-end hotels, spas, and a walking mall overflowing with delightful bars, restaurants, and coffee shops make for a wonderful, easy-does-it atmosphere.

Atlantic City actually hosts a few different triathlon and Ironman events over the course of the year, but the August races sponsored by Delmo Sports are some of the best on the East Coast. There are different levels of the race, meaning this triathlon is a nice fit for beginners and Olympic-level racers alike, and the scenery – along the coast and parts of the famous Atlantic City boardwalk – makes for an excellent place to push yourself.

Meanwhile, there aren’t too many cities better suited to pure relaxation following a triathlon than Atlantic City. While the city did earn its reputation as a resort town in decline over the last few decades, it’s back on its feet to some extent, and the casino resorts remain very appealing. In addition to gaming floors, they offer fine restaurants, luxurious spas and pool decks, nearby beach access, and comfortable rooms. New Jersey has also been leading the way in the emergence of online gambling in the U.S., which means if you’re really wiped out from the race you can even hole up in a cozy suite and enjoy some of the casino activity online as well – at least until you rest up enough to head down to a steakhouse!

Like San Francisco, Austin is somewhat famous for its main triathlon: Tri Rock Austin, which is run in the fall through some of the prettier parts of this ever-trendy city. Lady Bird Lake makes for one of the nicer swims you’ll find at an American triathlon, and the run along Auditorium Shores is quite nice as well. Like the races in Atlantic City, there are also different levels of this triathlon, so that people of all different levels might find it enjoyable.

After the race, Austin can provide much of what the above listed cities can, all in one. It’s a city with a food and bar scene every bit as good as that of Boulder; it has some high-end culture to it as well, not quite matching San Francisco for luxury hotels and fine dining, but coming close; and it’s become known for its spas, which can more than give the Atlantic City resorts a run for their money. All in all, it’s another ideal place to take a brief vacation as a reward for finishing the race!