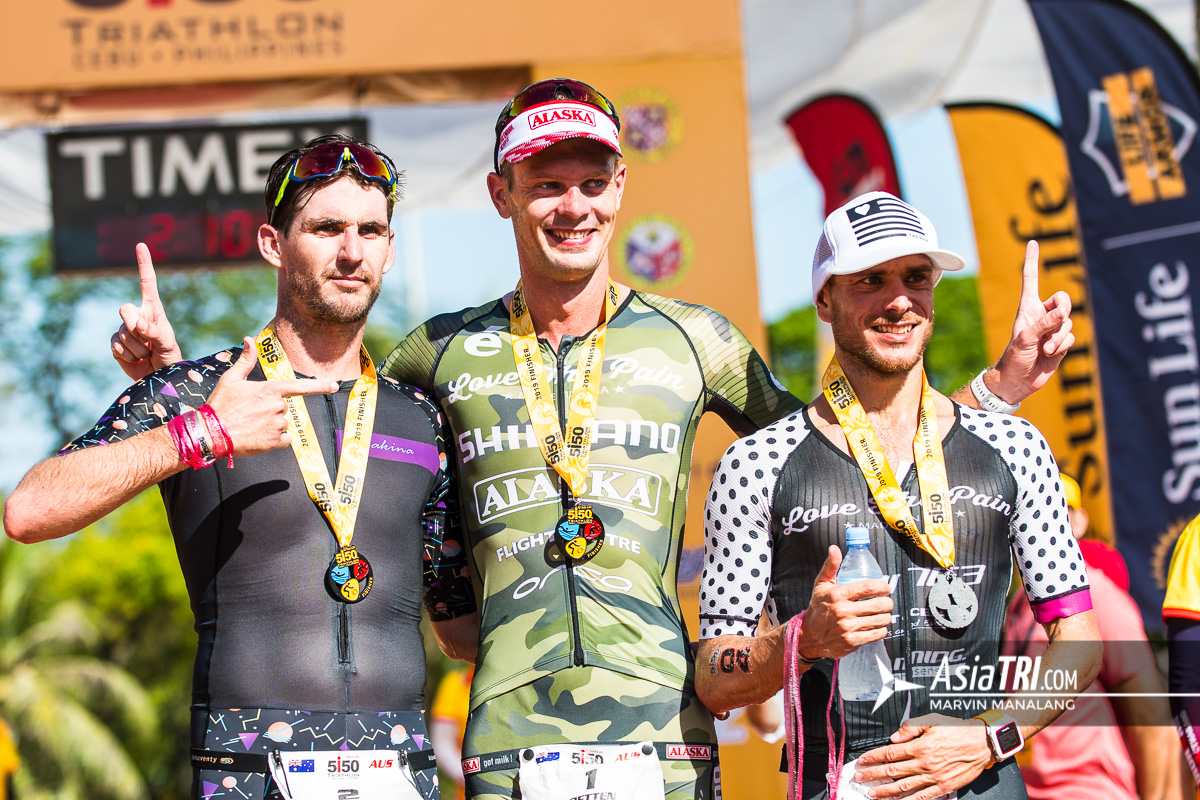 Sam Betten of Australia and Amelia Watkinson of New Zealand took the elite professional titles at the 2019 5150 Cebu, Philippines.   Betten dominated the race, leading out in the swim leg to secure a wire-to-wire victory finishing in 1:59:32.   Betten’s finish time was 4 minutes and 23 seconds better than fellow Aussie Alex Polizzi who finished in 2:03:55.   Watkinson used her women’s best 1:02:18 bike split to outpace Anna Eberhardt of Hungary and Manami Iijima of Guam.   Watkinson finished in 2:06:44, with an 8 minute and 7 second margin of victory over Eberhardt. 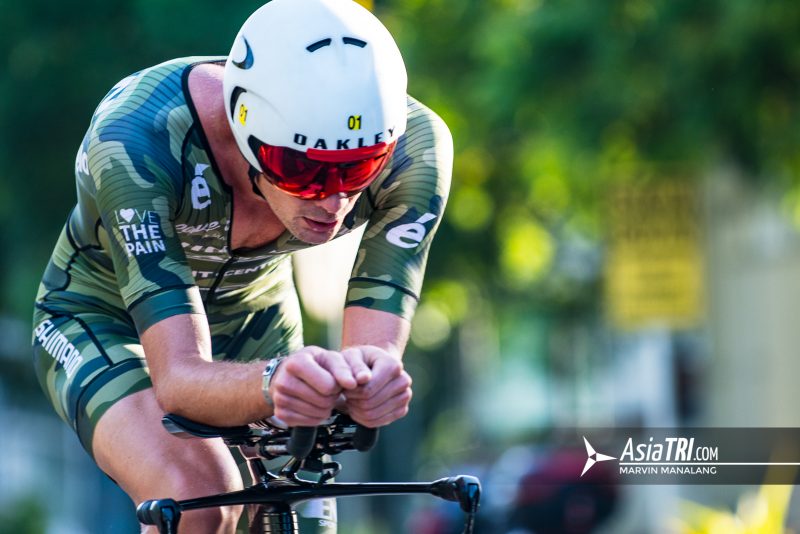 In the Asian elite category, Jorry Ycong won the men’s category with a time of 2:12:15, and was also good for 6th overall.

Betten was the first pro out of the water at 19:51 but was closely followed by Polizzi at 19:53.   A zipper malfunction slightly delayed Polizzi’s transition to the bike, and it was all the separation Betten needed to slightly pull away from his fellow Aussie.   Betten dominated on the saddle, stamping a race-best 57:46 bike split, mounting a huge 3 minute lead going into T2.   Betten ran a 38:40 split to win another 5150 title in the Philippines.  Polizzi would finish second after a 39:37 run split.  Australian Mitch Robins, a 5150 champion in Subic last year, tried to mount a comeback with a race best 38:20 run, and would finish 3rd with a 2:05:34 finish time. 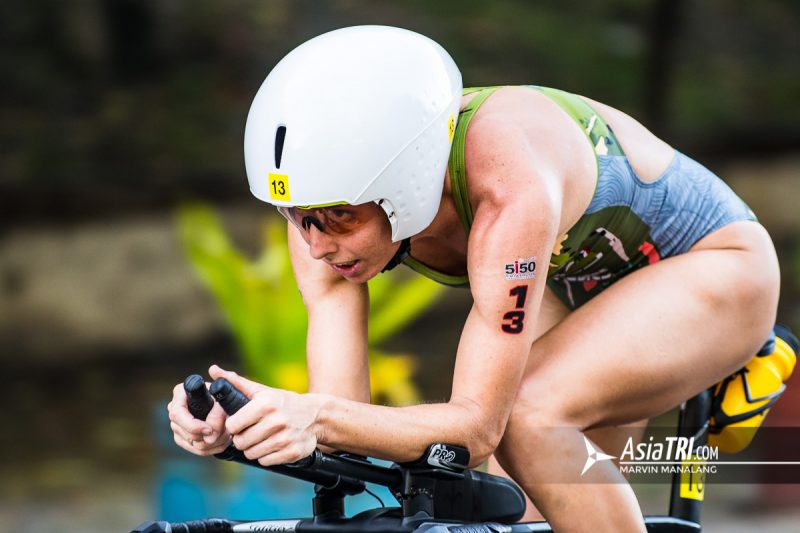 In the women’s race, Iijima registered a fast 20:45 swim split, but was closely followed by Watkinson at 20:45.  Eberhardt fell behind early with a 27:42 split.    Watkinson immediately went to work in the 5 loop bike course, gradually establishing a huge gap with every loop.   Watkinson entered T2 with a lead of more than 7 minutes and would not look back, winning again in the Philippines.   The Kiwi is continuing a good comeback after an injury-riddled 2018 season.   Eberhardt used a good bike-run combo to relinquish runner-up position away from Iijima.  Eberhardt finished in 2:14:51 while Iijima finished 3rd women’s elite at 2:16:16.