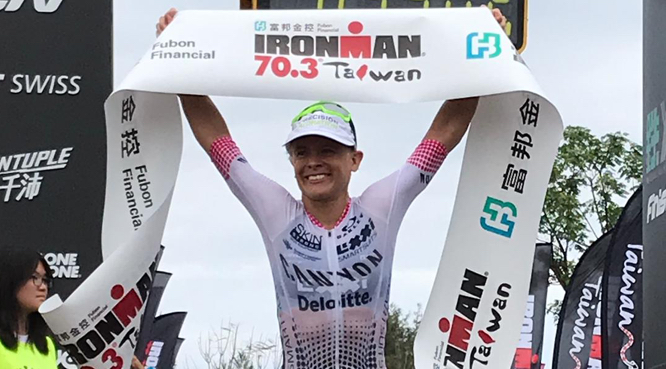 There was plenty of star power, including two-time world champion Michael Raelert, but it was off-road star Bradley Weiss that reigned at Fubon Financial IRONMAN 70.3 Taiwan. The women’s race saw a dominant display from Australian Sarah Crowley to claim her fourth victory in her last five IRONMAN races.

Weiss, the 2017 XTERRA world champion, knows his way around the Asian climes, winning other off-road events there last year. He trailed Raelert out of the water, and caught him to open a small buffer on the bike. From there Raelert and Frenchman Cedric Viennot came within reach of the lead early on the run. However, Weiss responded with his sub-1:15 run to fend off his more experienced rivals.

The numbers spoke for themselves in the women’s race, where Crowley was second fastest out of the water, and clocked the fastest bike (2:22) and fastest run (1:21) for the top-of-the-podium result. Both Grace Thek (AUS) and Els Visser (NLD) emerged late in the run to grab the other podium spots ahead of New Zealand’s Amelia Watkinson, who had done much of the work in the water and on the bike to threaten before fading in the final 5kms on the run to settle for fourth.