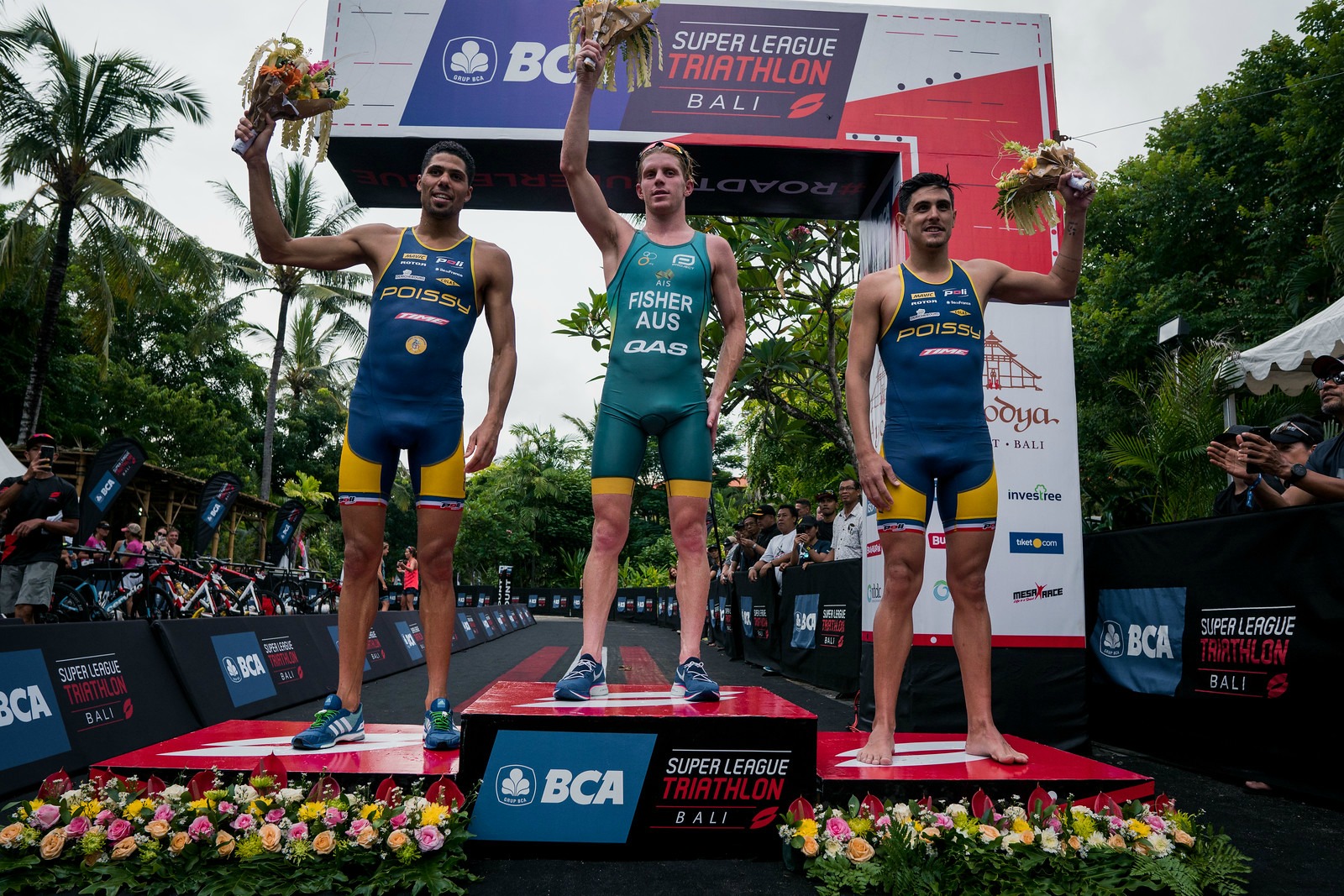 In a repeat of yesterday’s podium, Ryan Fisher of Australia has once again beaten Frenchmen Aurelien Raphael and Anthony Pujades to claim victory on Day 2 of Super League Bali. With this result, these top three men also led a field of 32 other competitors to claim their Golden Tickets to the 2019 Super League Championship Series.

Racing over the Enduro, a brutal swim-bike-run done three times non-stop, it was Raphael who was first out of the surf- and current-laden swim course. However, Fisher, Pujades, and French compatriot Pierre le Corre were hot on his heels.

Once on the bike, the lead group expanded with Jumpei Furuya of Japan, Tommy Zaferes of the USA, Michael Lori of Canada, and James Tan of Hong Kong jumping onto it. This massive pack turned up the pace to distance themselves from the chase groups onto the first run.

Casualties of the 90-second elimination rule after the first swim and bike legs included athletes from the Philippines, Singapore, and Indonesia. By the second swim and bike, only Furuya was left to keep the Asian hopes alive.

Meanwhile, up front into the third swim-bike-run, Fisher turned up the pace once again with the three Frenchmen, dropping Furuya, Zaferes, and Lori on the bike. Lachlan Jones of Australia took the opportunity, leapfrogging the three athletes to bridge onto the fast-moving lead group. Soon enough, Zaferes and Lori slid backward into elimination.

Summoning what strength he had left in his legs, Fisher made a breakaway and built a 10-second lead into the final run, which he grew to 22 seconds by the finish line ahead of the French train of Raphael, Pujades and le Corre. Jones and Furuya rounded off the top six on Day 2.

“I felt like I was at the French National Championships or something,” said Fisher post-race. “One of them would attack and they’d try to bridge up to him, another one would go around… so I figured if I could sit on the front I’d at least get a bit of a heads up if they were going to come past.”