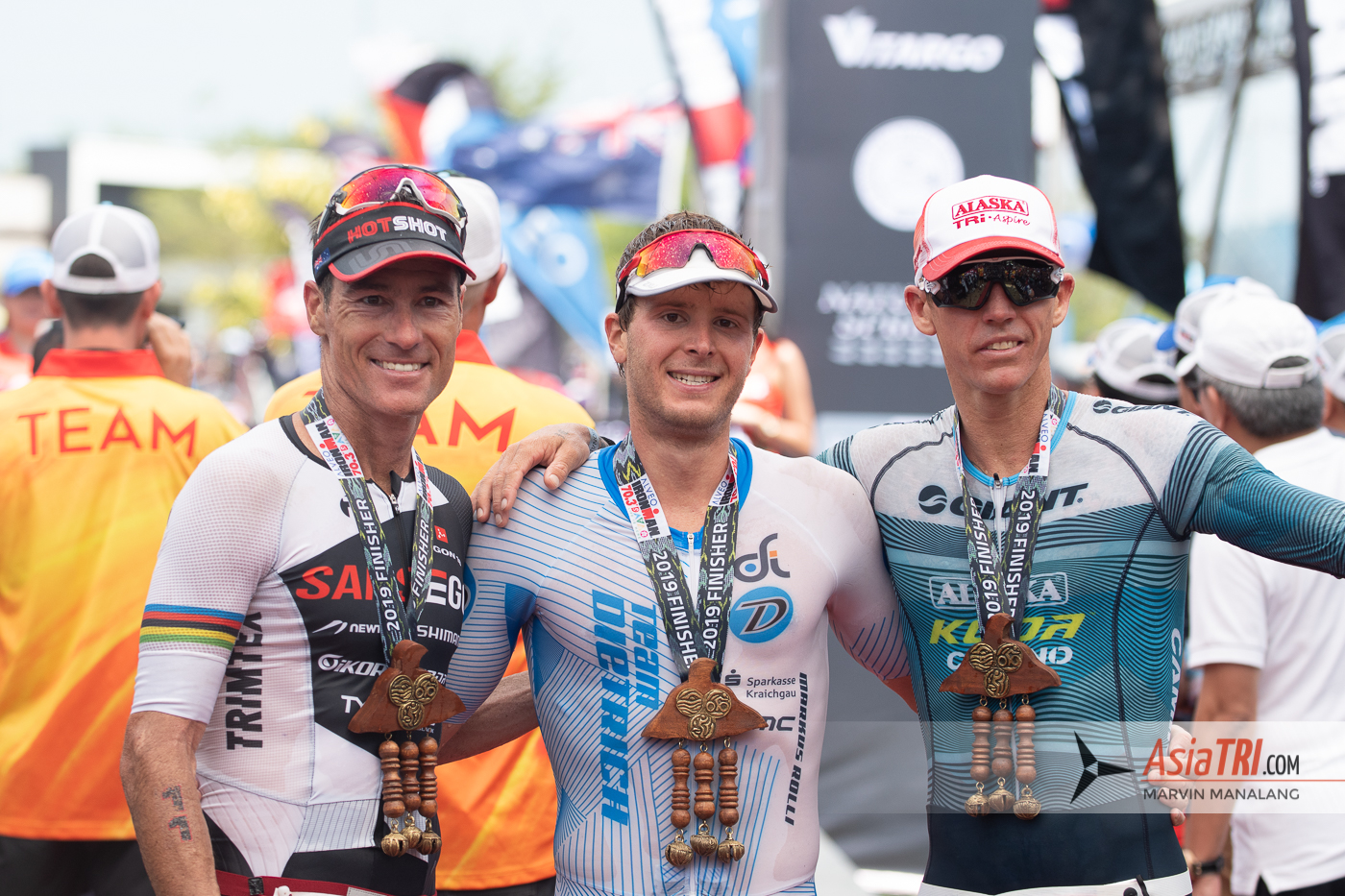 Radka Kahlefeldt (CZE) defended her title by outrunning runner-up Caroline Steffen (SUI), stamping a women’s best 1:25:11 run while Markus Rolli of Germany had a wire-to-wire win, never being threatened since the bikes came out of T1.

Rolli was first out of the water in 23:22, four seconds ahead of Sam Betten (AUS).   The chase group of defending Champion Mauricio Mendez was 34 seconds back, Aussie Tim Reed together with Antony Costes (FRA) were 6 seconds back further.  Surprisingly,  the pair of Aussies, Craig Alexander and Tim Van Berkel were almost 2 minutes behind the leader.

Out of T1, Rolli put on a masterclass bike performance, pulling away early from the chase group of Costes, Betten, Mendez and Reed.  By this time, Mendez had experienced an early bike mechanical trouble that led to a withdrawal from the race.   By the 20km mark, Rolli had established a 4 minute lead while Costes has gradually put a gap between him and the group of Reed, Betten, Alexander and Van Berkel.

Going T2, Rolli had registered an astonishing 2:00:50 bike split, the best all day, and was at least 6 minutes better than anybody on the course.   The group of Alexander, Reed, Betten and Van Berkel had caught up with Costes approaching the transition. 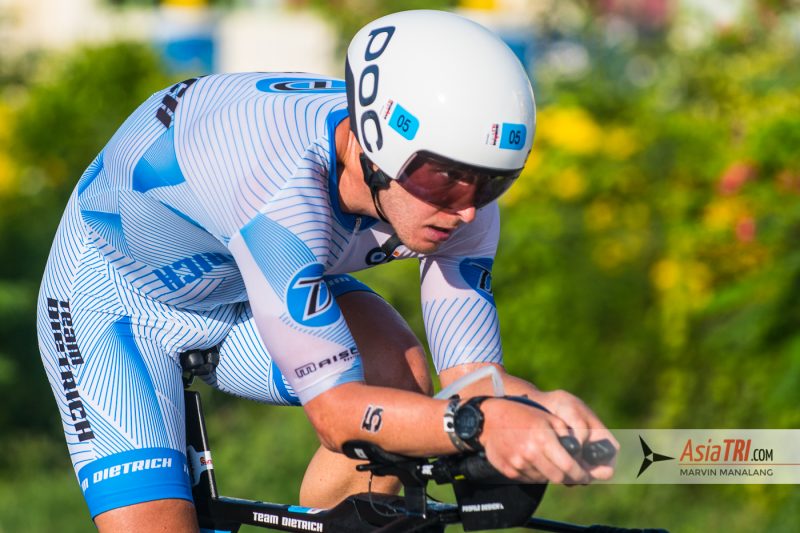 While Rolli had put a buffer of 7 minutes, the chase group worked on slicing the gap.   Costes was dropped early with the pace, while Alexander, Reed and Van Berkel ran together in the first half of the run.

See also:  Japan rocks at the Aquathlon Worlds in Edmonton

Kahlefeldt came out of the water second with a 26:55 swim, 39 seconds behind swim specialist Manami Iijima of Guam.  Steffen stayed close with Radka, only two seconds apart going into T1. 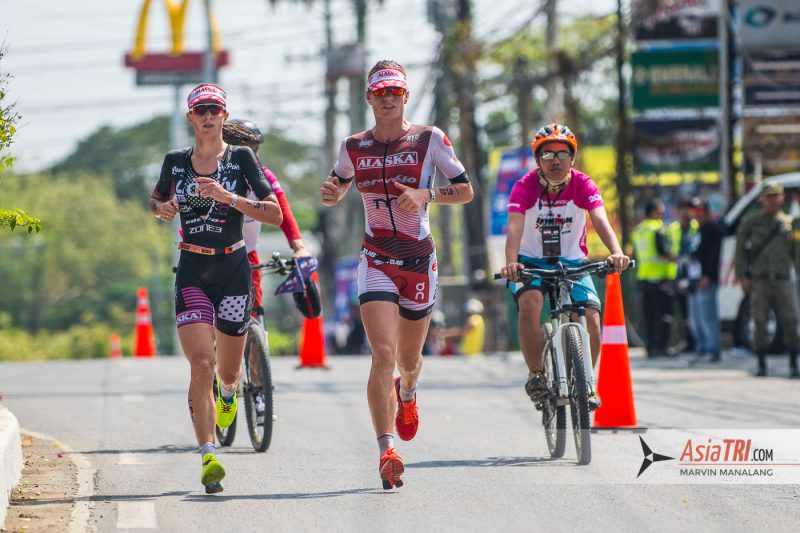 Kahlefeldt and Steffen rode together on the 90km out and back course, and finished the bike leg in a virtual tie with splits of 2:21:49 and 2:21:48 respectively.  The pair continued their battle in the first 6km of the course, running together stride by stride.   By the 8km mark, Radka had posted a 20 second gap to Steffen.  From then, the defending champion was never threatened, posting the women’s best run split to win in 4:16:52, a 2:36 gap to Steffen.  Kirralee Seidel of Australia was 3rd finishing in 4:28:37.