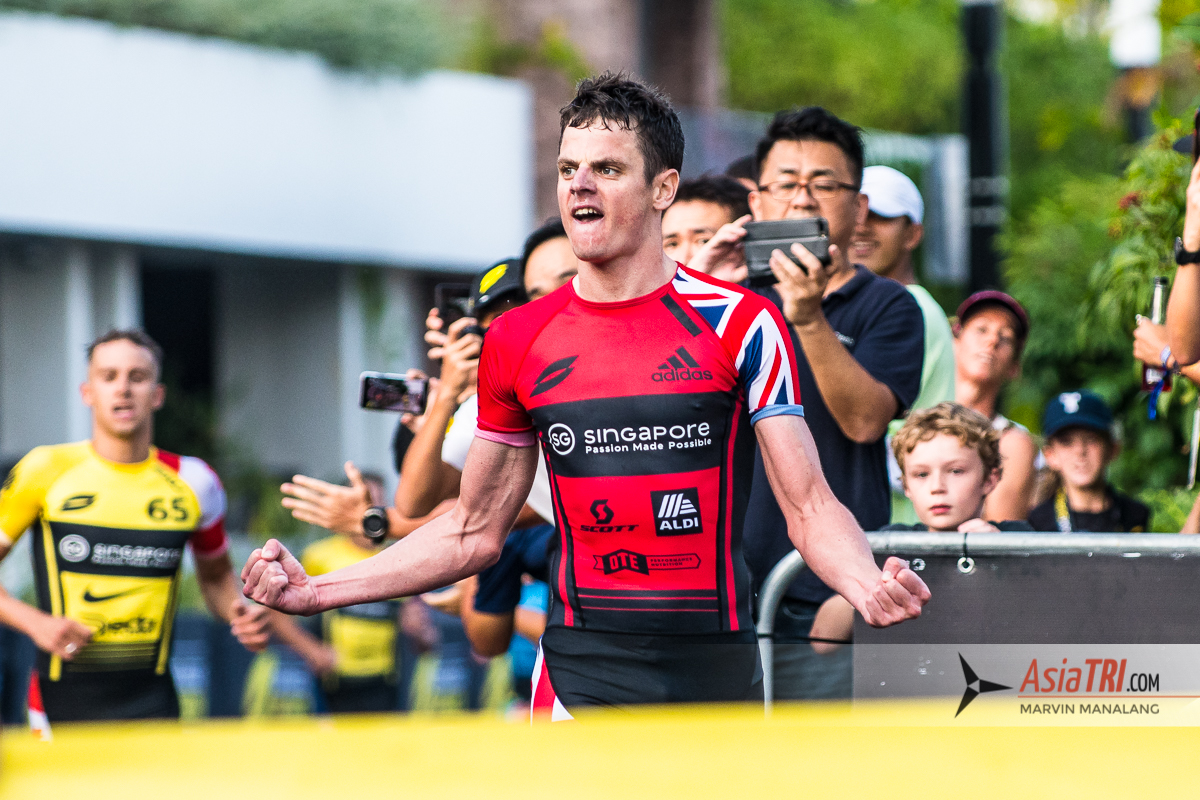 The excitement was palpable as some 500 participants, including theworld’s top triathletes, assembled at ONE°15 Marina for the finale of the Super League Triathlon (SLT)Championship Series earlier today.

Kicking off at 11am with the Team Enduro Experience, 17 teams of three from almost every country across the globe took turns to compete in three continuous rounds of swim(300m)-bike(5km)-run(1.6km). Teams APS and Bikemart SG –Breakaway led the field out of the swim and stayed neck-to-neck on the first bike, but it was APS who edged forward in the run and built a respectable leadover the following pack. The team held their advantage throughout the event and clinched the topspot on the podium, followed by Bikemart SG – Breakaway and Integrated Riding Racing Team.

Said Colin O’Shea from APS: “I loved it, it was great, but it was extremely painful. Going out on the swim and hammering it, then dealing with the technical bike course, before hanging on over the run.  We’ll be back.” 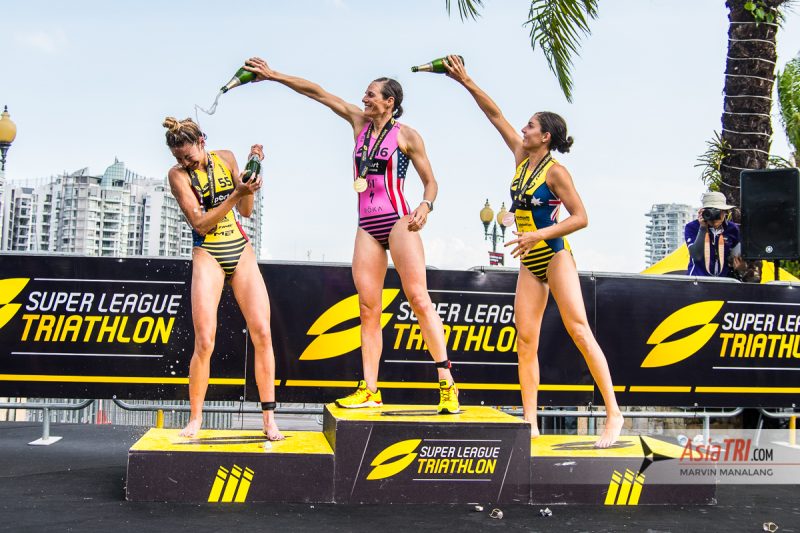 ONE FM also fielded a team consisting of Lee Hunn Wurn, Clement Chow, Wille Loo. Hunn Wurn who took part in the Team Enduro Experience commented, “It was excellent. There was a real different style of racing, even for us who have raced in triathlons for many years. We never got the chance to do something with so many people around, ride in between shops and businesses. It is a real unique
experience.”

See also:  Get Free Speed in an Aerodynamic Bike Set-up

The intensity continued in the afternoon with The Eliminator series that saw athletes compete in three rounds of swim(300m)-bike(4km)-run(2km) with a 10-minute break between each round. To up the stakes, athletes are eliminated if they do not finish high enough up the order or fall too far behind.  Stage 1 of the women’s championship was led by Emma Jeffcoat while crowd-favourite Katie Zaferes trailed at an ominous 5th place. Zaferes maintained this standing in Stage 2, which was led by Cassandra Beaugrand and Rachel Klamer.  In the dramatic last stage, Zaferes surged ahead and took the lead on the first lap, putting a tenacious display that forced Beaugrand to relinquish pole position and settled for second place.  Ashleigh Gentle took the last spot on the podium. 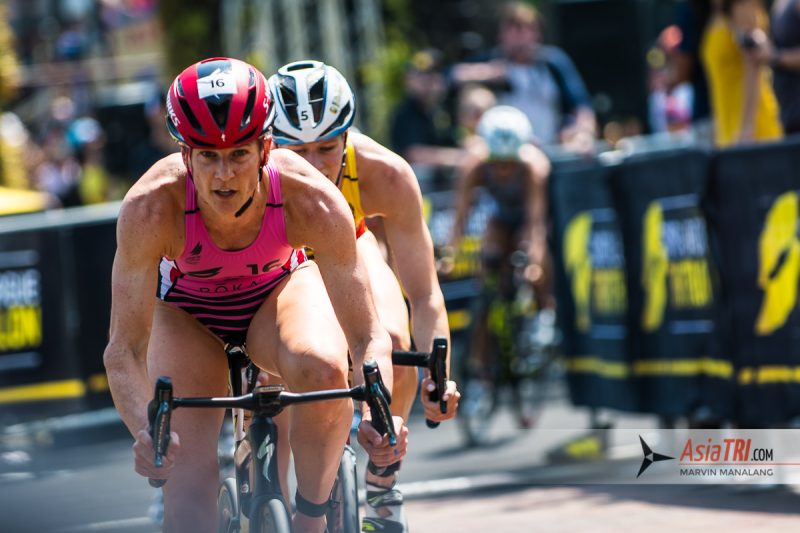 Commenting on her performance, Zaferes said, “I think I did a good job of being conservative but also making sure that I stayed engaged with the race. I didn’t let up too much or let any gaps form. Right when I was standing on the start line, I was thinking ‘last one, fast one’. I just try to really push it and see what I can do. I was hoping to make a gap on the bike but I didn’t, so it had to come down to the run.” 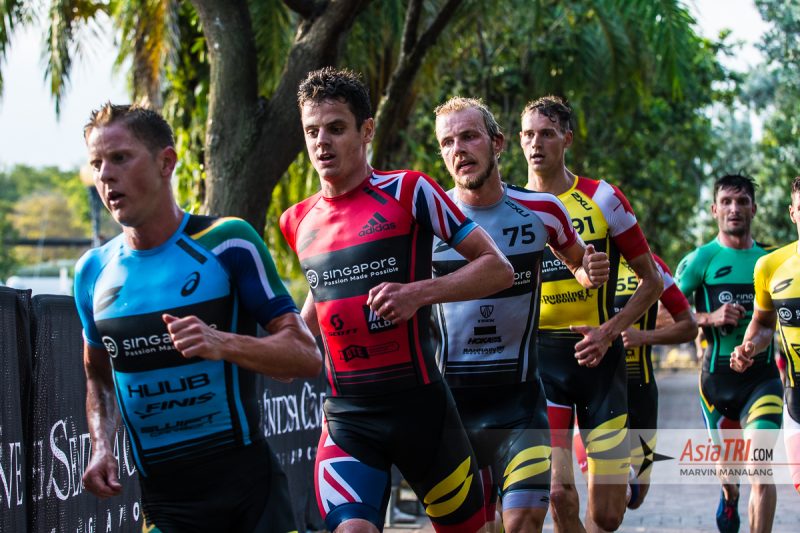 Rounding off the last of today’s action was the men’s Eliminator championship which was eventful right from the start. Series leader Vincent Luis picked up a punctured tire on Stage 1 which saw him eventually eliminated at the end of the round, which was led by Jonas Schomburg, Henri Schoeman and Jonny Brownlee. Schoeman and Brownlee both retained their positions in Stage 2, which was won by Richard Murray in spite of an extremely tight biking. But Murray’s advantage ended at the beginning of Stage 3 when he stumbled off the pontoon. In the end, it was Brownlee who put on a stalwart display and shook off Tyler Mislawchuk and Hayden Wilde who finished second and third respectively.

Feeling emotional after coming back from a troubling 2018, Brownlee said, “That last race was one of the easiest I did, I felt good, I felt in control, it shows what I can do after a couple of months of decent training. It’s nice to be back.”