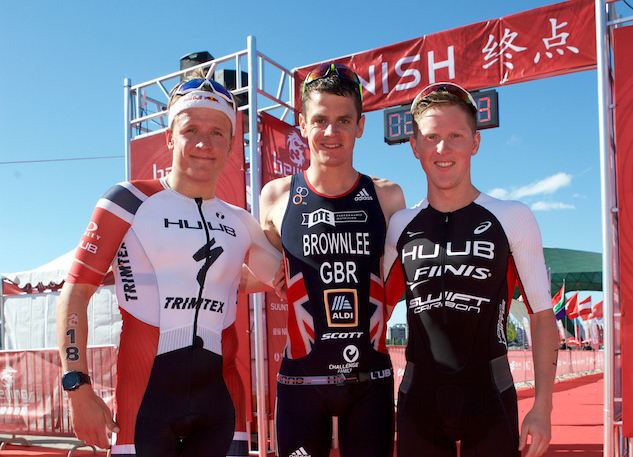 IMG, in partnership with the Fengtai Sports Bureau of Beijing, announced registration will open on February 14, for the eighth annual Beijing International Triathlon set to take place on Sunday, September 8, at the Garden Expo Park in the Fengtai District of Beijing, China. Last year’s 2,000 race slots for the Olympic and sprint distance races sold out quickly. To register, visit www.BeijingInternationalTriathlon.com.

New this year, the professional race division is draft-legal, allowing racers to closely draft off one another adding increased intensity and excitement to the competition. A field of elite pros will compete for a $100,000 prize purse. The age groupers division will remain a non-drafting format.

The Olympic distance course will showcase the eco-friendly environment and cultural attractions in Fengtai, including a 1.5km swim through Garden Expo Lake; a challenging 40km bike race through the quaint villages of Fengtai and up Qian Ling Mountain – the highest peak in Southwest Beijing; and a 10km run through the colorful gardens and up the steep steps of the Garden Expo Park. The sprint race, set to take place on Saturday, September 7, will take triathletes on a 750m lake swim, a 20km bike ride and a 5km run through the lush grounds of the expansive Garden Expo Park.

Garden Expo Park is located west of the Yongding River and east of Eagle Mountain. Within the Garden Expo Park features a plethora of lush gardens replicating famous regions of China, including Beijing, Jinan, Shanghai, Lingnan, Tangshan and more.

The Beijing International Triathlon is owned by the Fengtai Sports Bureau of Beijing and produced by IMG. Interested participants are encouraged to register online early, as space is limited. For additional information, visit www.beijinginternationaltriathlon.com or follow at www.facebook.com/BeijingTri, www.instagram.com/Beijing_Tri and WeChat: BEIJINGTRIATHLON.