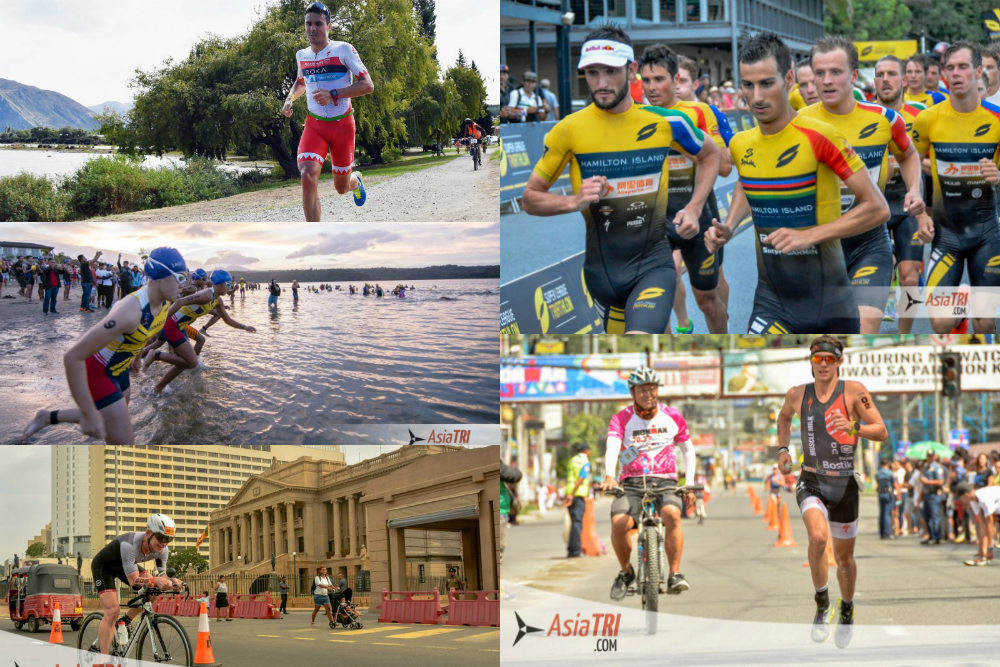 Hopefully, we  shook off the Holiday web of vacation and partying, and have started to get outdoors to shed some of the “gains” over the merry season.   The 2018 season was a fantastic year for the Asia-Pacific triathlon scene, and we could not wait to start the 2019 edition.  These 5 picks for Races from January to March will help you jumpstart the new race season of 2019: Rated as one of the most scenic triathlon race in the world, Challenge Wanaka is a must-do race for those aiming to tackle the iconic races in the global calendar. It is New Zealand’s largest triathlon festival, featuring weekend events for all ages and abilities.  It involves 2,000 participants, attracting 10,000 spectators and a global audience of millions.  It involves a cold, glacial swim, one of the toughest bike course, but definitely the most-beautiful ride in New Zealand’s Southern Alps and a run course along the Alpines and lake that is more than a third off-road (hard-pack).

This race won the Best Inaugural Race award in our 2018 Yearend awards.   A fast and flat bike course made for breaking personal bike leg records and a scenic run course through the city and along the Indian Ocean.  The race venue make it a great experience to the participants, and many athletes broke their personal records on race day (especially on the bike leg!).   Colombo is a relatively small city but has plenty of conveniences and attractions.  Perfect for those looking for a newer destination race in Asia. For those looking for an off-road adventure, this is the event to spot on the 1st quarter list.  XTerra Taiwan will be held in Kenting National Park at the southern end of Taiwan.  It is an idyllic outdoor sports paradise, renowned for it’s rugged mountain terrain, white sand beaches, caves, and coral reefs.  It’s a perfect tag as the 2019 XTerra Asia-Pacific championship race.

One to Watch and Spectate:

All the fastest sprint distance triathletes in the world coming to Asia in a 2-day event in the now-renowned Super League-style of racing.  While you can also participate in the event’s Fun Run or Corporate Team relay race, watching the ITU starts battle it out in a unique, heart-pulsing race format is the main purpose you have to come to Singapore on February 24.  This is the deepest pool of top-level triathletes that you would see compete in one race. The Top 5 Most Popular AsiaTRI Articles of 2018