Olympic and World Champions Battle it Out in Grand Finale of Super League Triathlon in Feb 2019, Singapore 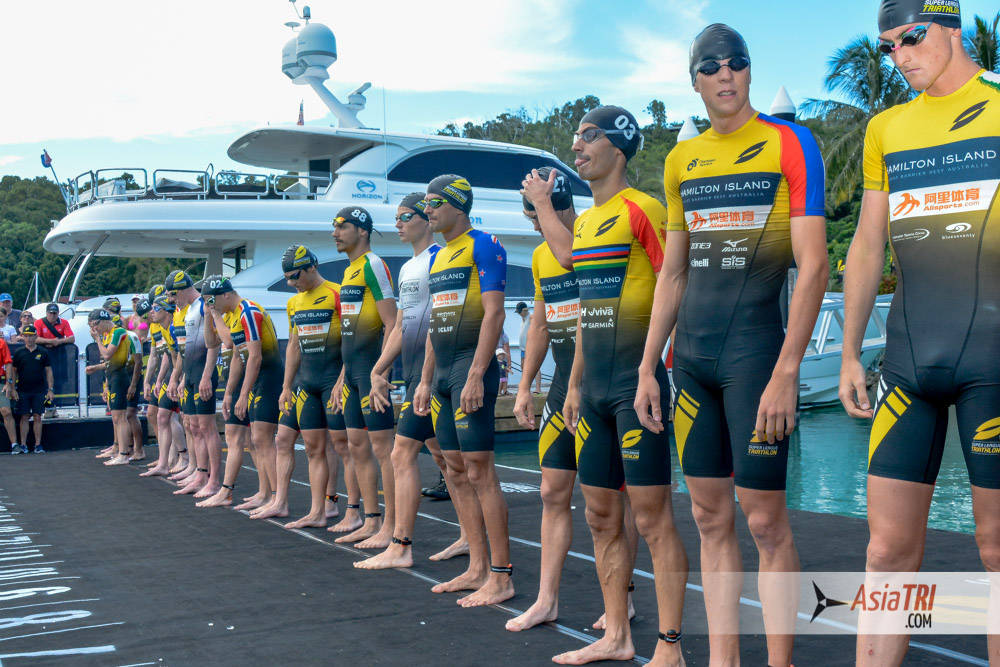 The world’s top triathletes will be heading to Singapore for the finale of the Super League Triathlon (SLT) Championship Series. Taking place on the beautiful island of Sentosa at the iconic ONE15 Marina, the elite athletes’ versatility, speed and endurance will be tested to the max during two days (23 – 24 February) of high intensity racing.

Comprising of a total prize purse of USD$1.5million, the first official season of SLT started in Jersey in September, before continuing to Malta, Mallorca and finishing in Singapore. The current leader board showcases an impressive list of the best triathletes in the world, ensuring spectators will be able to see the best-of-the-best deliver their most tactical racing strategies to get ahead of their rivals and claim the ultimate prize.

For the men, all eyes will be on Olympic silver medalist Jonny Brownlee, and Commonwealth Games gold medalist and Olympic bronze medalist Henri Schoeman (South Africa) as they chase down the seemingly unstoppable Vincent Luis (France), who currently leads the Championship standings. For the women, two-time ITU World Champion Flora Duffy is back from injury ready to race in Singapore and take on a world-class field that includes the current leader and 2018 ITU bronze medalist, Katie Zaferes (USA).

SLT is the brainchild of two-time winner (2007, 2010) of the Ironman World Championship, Chris McCormack, Michael D’Hulst and Leonid Boguslavsky. McCormack commented, “Racing has been a big part of my life. I understand what it is about the sport that gets spectators and athletes excited and inspired. SLT is about me taking that knowledge and evolving the sport into a product that pushes and challenges the athletes further, whilst providing great entertainment for spectators.”

The innovative format of SLT delivers game-changing racing in a series of fast-paced events with unpredictable outcomes, and feature shorter races than the traditional Olympic distance. Across the SLT season, the athletes have to get to grips with five different innovative formats – Triple Mix, Eliminator, Equalizer, Sprint Enduro and Enduro – two of which are selected and showcased at each location event; In Singapore, athletes will battle it out in the Eliminator and Enduro formats.

The Eliminator tests the resilience, stamina and velocity of the athletes in a pressure-cooker format where field position proves key over timing. Athletes go through three continuous rounds of swim-bike-run. The Eliminator allows a 10-minute break in between each round, only to eliminate athletes who didn’t make the cut to the next stage. Only the Top 15 get through to Stage 2, before it gets further trimmed to just Top 10 athletes competing for precious points and to eventually be crowned as the most tenacious and toughest athlete in SLT.

Bringing a whole new meaning to endurance, the Enduro is considered the most brutal format of all. Requiring endurance and tactics, the Enduro is a non-stop burst of three continuous rounds of swim(300m)-bike(5km)-run(1.6km). The added element of speed is tied into the race, with any athletes dropping 90 seconds behind being eliminated at the end of each discipline. The winner is the first athlete across the finish line upon completion of the entire race sequence.

Super League is so much more than just pro-racing, SLT is also focused on attracting a new generation of triathlon and sports audiences with the aim of fostering and inspiring future champions and promoting a healthy lifestyle for the wider community. The athletes will have an action packed week in the lead up to race days getting to know Singapore and visiting schools to inspire and encourage kids of all ages to follow their dreams.

For those keen to participate there is a 2.5km Super League Fun Run and Corporate Team Enduro with teams of 3 or 6 competing on the same course as the Pros. The Under 19 Asia Championship will also see some of the most talented triathletes from Asia take to the race course. Participants can sign up for both categories at www.superleaguetriathlon.com/singapore

Entry is free for all spectators who can also take part in a series of fun activities at the Super League Triathlon Fanzone during the race weekend. This is going to be an epic weekend not to be missed!

Asia's Best Triathletes of the Year 2018