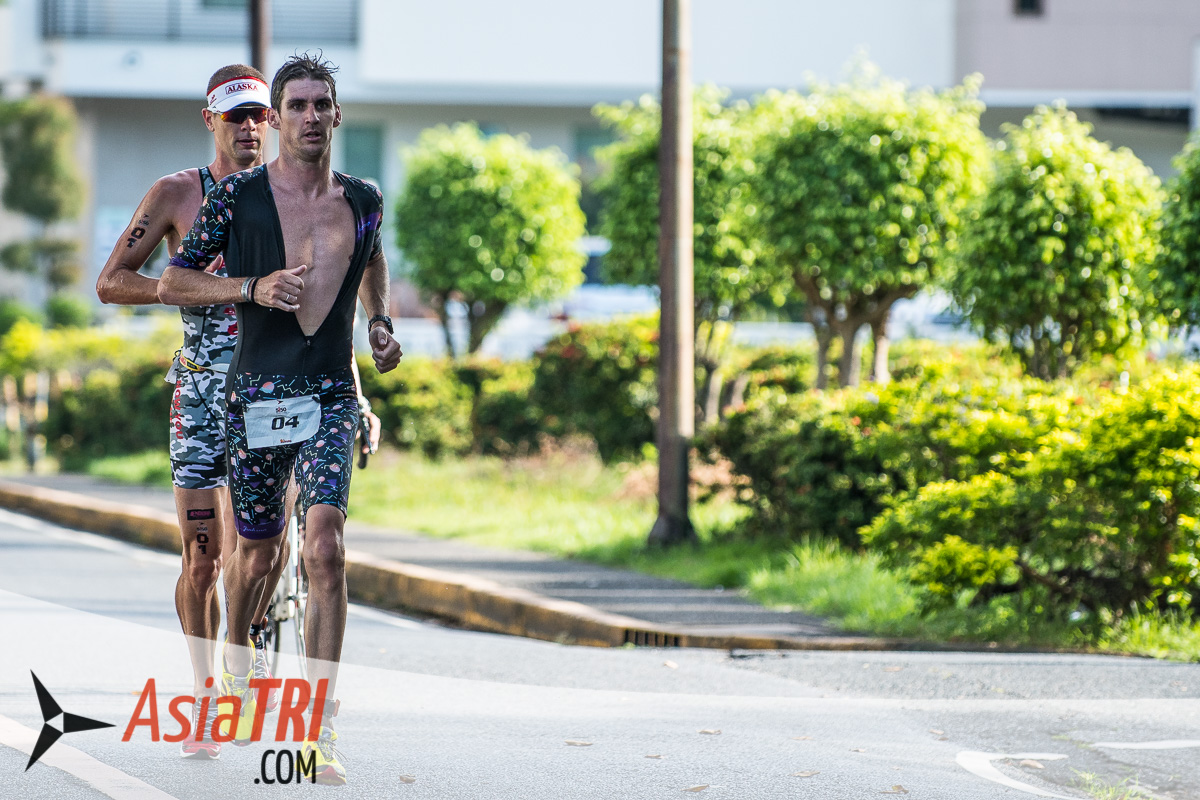 Mitch Robins of Australia and Manami Iijima of Guam took the elite professional titles at the 2018 5150 Subic Bay, Philippines.   Robins outran 3-time defending champion Sam Betten (AUS), to finish in 1:54:56, a 1 minute and 7 seconds margin over his fellow Aussie.    Iijima used the strength of her women’s best 20:29 swim and that proved to be enough of a cushion to fend off defending champion Dimity Lee Duke of Australia.  Iijima finished in 2:13:56, a 1 minute and 2 seconds gap over the gritty runner-up Duke. Betten was the first pro out of the water at 18:31 but was closely followed by Robins at 18:32.   The Aussies practically rode the 40km bike course together, and registered the same bike splits of 57:10 which was the fastest of the race.   Robins and Betten were also glued in the run course, up until the 7km mark when Robins started to pull away.    Betten could not mount a counter-charge, leading to a first win by Robins in 5150 Subic Bay.  Robins placed runner-up last year to Betten. In the women’s race, Iijima registered a fast 20:29 swim split, immediately serving notice to Duke, who fell behind early after a 23:32 swim, a 3:03 gap going into T1.   Duke would immediately work her way into the bike course, and proved to be the best biker in the women’s field with a 1:05:32 bike split.  The gap going into T2 became just 1 minute and 5 seconds, and Duke was on track to outran Iijima over the 10km run course.   Iijima has other plans though and held on, losing only 18 seconds to Duke in the run course.   Duke’s womens best run split of 41:52 was not enough to catch IIjima, who registered the 2nd best split at 41:10.

Over 600 athletes joined the 5150 category, and over 240 participated in the Sunrise sprint category.   This is the first time that Black Arrow Express sponsored the 5150 Subic Bay.