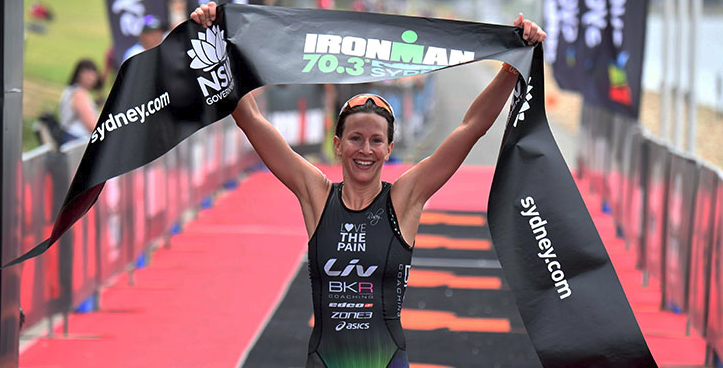 Five months ago Terenzo Bozzone lay in the hospital in a coma with life-threatening injuries after he was hit by a vehicle while training. The 33-year-old New Zealander displayed his resilience to not only return to the sport, but grab a victory in his comeback race at IRONMAN 70.3 Western Sydney. He was joined in the winners’ circle by the remarkable Radka Kahlefeldt, who dominated from the get-go to score her fourth victory in her first full year back in the sport after giving birth to her daughter.

Bozzone was out of the 1.9km swim in a lead group with a telling 1:30 lead on the key chasers despite calm conditions on Penrith Lake. He joined with Australian Sam Appleton, who sports a superb palmares in 2018 with three wins, to stretch out on the mostly flat bike, clear by 2:42 at halfway and remarkably over eight minutes on to the run. Bozzone’s key concern was an achilles injury, which has restricted his running mostly to a treadmill. But his 1:15 was the fastest of all, paired with his fastest bike of 2:01 to produce a stunning return.

Kahlefeldt, despite a full distance race the previous week and on the back of five podiums in six starts in 2018, was in a class of her own. It is a simple equation – if you have the fastest swim, fastest bike and near-fastest run then you not only win but you dominate. Radka achieved that with a 27:42 swim, 2:20 bike and 1:21 run to triumph by four minutes from an exceptional talent in New Zealand’s Hannah Wells with Australia’s Grace Thek storming home with the run-best 1:20 for third but seven minutes behind the winner.

How To Pack Your Bags For Bikepacking