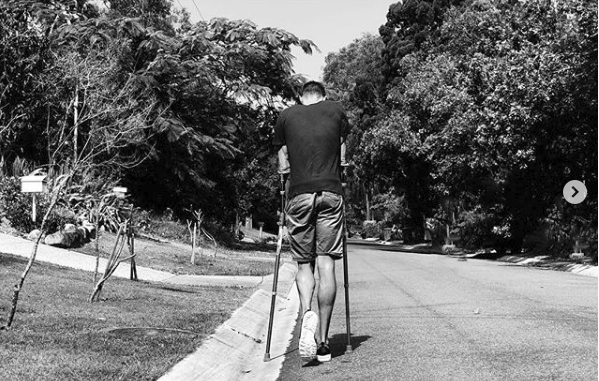 “Certainly not how I hoped this season would end. A stress fracture in my hip (SI joint)- see pic 2 for those interested. The highs and lows of sport have never been so close for me- winning a world title last week and being sidelined for the season the next. At least the @_promovement team kept the spirits going;) (last pic). Just a reminder to all of us that success never comes in a straight line… currently listening to Daft Punk- One More Time, so see you all next year ???? #FrodosOut #Literally” In the Ironman 70.3 World Championships in South Africa, Frodeno executed a masterclass performance, outrunning world champions Alistair Brownlee and Javier Gomez, and was the prohibitive favorite going into Kona this year.  The unfortunate incident will result in a wide open race in this year’s Ironman World Championships in Kona.   Hopefully, we will see Frodo recover smoothly and do battle with Gomez, Lange, Sanders and probably Brownlee next year in Kona.

Riveros and Sanders take the first race of the year in Chile
January 16, 2018