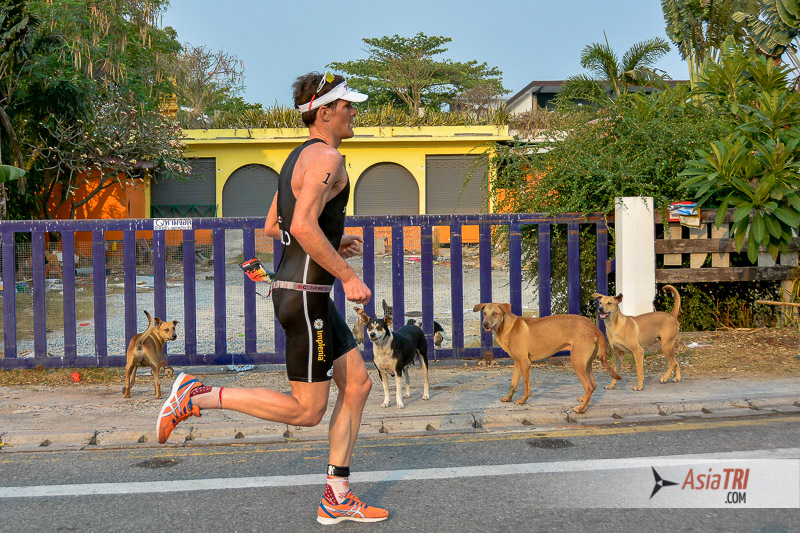 You train hard for your next Ironman and are doing all the things you’re supposed to be doing. But have you sorted out the details for your race day strategy? It’s a good idea to begin planning now so you know what you need to know and consider what you need to consider in your effort to perform to your maximum potential on race day. Consider the following:

One of our athletes recently asked what strategy he should use for his next Ironman race. He is a high-performance age grouper, who would like to improve his sub-10h to a sub 9h30. Using our training plans, he has developed the basic skills of The Method in terms of pacing and follows our specific guidelines for running, swimming and bike technique. He’s also improved his mental game, developing a self-awareness that will allow him to make better decisions when the conditions are less than ideal on race day.

However, how do you sort the details out for your race day strategy? What do you need to know and consider so you can reach your maximum potential for each event?

Goals
The first step is to set your goals. Why are you racing that Ironman? Do you simply want to finish the event or are you after a PB, a Kona slot, or a breakthrough performance? Is this your first Ironman or have you already done several? Perhaps you’re no longer in having he “just race to finish” mindset and are willing to take a risk to see where it takes you.

Ironman racing is no different: the beginner athlete should always start with a very basic and safe strategy, since “just finishing” can be a really hard challenge. In that case, approach the race as a long training day, which is not far from the truth, and stick to two basic mantras—“eat and drink” and “slow and steady wins the race”. You will definitely face a few down periods during the race, but you will get through those.

With your finish you will have set your benchmark for Ironman, learned much about the event, and might be in a position to pick different goals for the next one.

More experienced athletes are no longer interesting in only covering the distance, since they have done that already multiple times. They may be high-performance athletes seeking further improvements or that coveted Ironman World Championship slot.

If you are among this category of Ironman athletes, you know you will be taking some serious risks in chasing a performance at a new level: you may bonk or make the wrong decision and end up with the slowest time of your Ironman career. And you have to be comfortable with that possibility.

Background
Your background in any of triathlon’s disciplines (or lack thereof) has an important impact on your training strategy. For the beginner athlete, it is a chance to train in a more structured way for the particular discipline you have more experience with, while honing your technique and strength in the other two (to avoid injuries). For the high-performance age grouper, it is your weapon on race day, allowing you to stand out from the crowd and make your move.

Recently we had a new athlete who just signed up for an Ironman without ever having doing a triathlon before. A very dedicated person, and a high achiever in other areas of life, this person didn’t have the patience to build himself into the sport. Our coach guiding him was worried he would end up injured as he would always do more than what was prescribed on his training plan.

The solution we found for his situation was to incorporate an “Ironman day” into his training plan: a long hike around the trails and waterfalls in the area he lives. The only rule: he wasn’t allowed to run. All his other weekly sessions were “recovery”— though in reality they are building the basic skills and strength into his system.

See also:  Triathlon Nutrition, Part 6: Post-Ironman - To binge or not to binge

Another example is a former college swimmer who, after years in the corporate world and all the health-related negatives that come with it, decided to change his lifestyle. He took up triathlon. He had to slowly build himself into cycling and running but in the pool he quickly achieved a high training volume and could enjoy the benefits of that higher work load. His swimming background allowed him to do that. In terms of races, this former college swimmer still had the ability to swim at a decent pace, only a few minutes off his max potential while exiting the water very fresh compared with other beginning triathletes without that background.

Life circumstances and impact on your training
Due to family or professional commitments, age group athletes are faced everyday with limitations. They must balance training with their life outside the sport. On top of time-constraints for training, some athletes are based in cities that do not offer many opportunities and are challenged to work around those obstacles.

As hard as it can be to accept, be realistic about your circumstances as they have a big impact on your performance. Set yourself goals that are aligned with your lifestyle, and use a training plan that is tailored to it, considering all the details such as commuting to work, stress levels and access to treadmills/trainers.

Injuries
Injuries are usually a result of an excessive training load, incorrect technique or a slow recovery, associated with hormonal balance.  If you have had problems with injuries in the past, it is important to understand that you have to find ways to get fitter without increasing the risk of getting injured again.

Some athletes develop injuries as a result of excessive running volume. If this is the case for you, you’re better off developing your endurance on the bike, a low-impact discipline. Cycling, you can train even longer than someone who has had no injury problems and does long runs as a consistent part of their weekly routine.

Another common problem is at a hormonal level. Overtraining and chronic fatigue hits you from a different angle and, unlike structural injuries, is not a result of a higher load in one specific discipline. Instead, it means you are not resting enough or your sessions are lowering your testosterone levels.

Strengths and Weaknesses
This is the most important aspect that will define your race strategy. Just as a quick example, and one that many triathletes will recognize, I work with one athlete (M45-49) who, even as a two-time Kona qualifier, is simply not suited for running. Regardless of how easy he takes it on the bike leg, even a standalone marathon is very slow compared with his swimming and biking abilities.

Breaking four hours is a great Ironman run for him. Decent ones are a little over 4 hours. Trying to run much faster than that in a race is a waste of time and energy as proved by previous attempts. We finally agreed that he would have to make the most of his bike, which is his strength (low 5hr split), by riding very hard. Then we used the run/walk protocol for the marathon. His time is not much slower than if he were to run without walk breaks after holding back on the bike. In the end, he goes quicker with the superb bike split and solid run including walk breaks.

Athletes with a running background or body type suitable to running are in the opposite situation—their bike fitness is just not good enough to ride hard and run hard. They are also challenged to find a trade-off, as riding 15 minutes faster than what they are supposed to can turn a potential 3h15 run into a slow and painful shuffle. Not to mention the change in mindset from always being the “hunter” to “Where are my running legs today?”

See also:  Training - The Benefits of the Treadmill

Your competition
The faster the athlete, the more they have to consider what other fast athletes are doing out there on the course. As an example we know that at the Ironman World Championships in Hawaii, the men’s competition is so tight that those who are strong bikers/runners but weak swimmers, such as Rutger Beke or Ronnie Schildknecht, have the fitness and legs to become world champions if they were able swim at the front of the pack. But those 3 to 4  minutes they are behind coming into T1 make the difference as they miss the pack and start a lonely and draining mission to catch up
to the whole group.

Another example is two-time champion Craig Alexander, who has a great strategy when the wind doesn’t blow and the pack stays together, without decent runners going off to the front.

The typical age grouper doesn’t need to think those details, especially not if you are just starting out. But as you get fitter and faster, you can begin to use your rivals on the course to make you faster. For example, the swim start is always a stressful part of any race. If you have the swimming background or fitness to reach T1 within the hour, it should be worth your while to attack the first 400 meters or so—that will allow you to swim off a group of experienced swimmers, who will be going in a straight line, steady pace. As a result you will find the transition and the bike a lot less crowded which means a cleaner and faster race.

And here’s a scenario on technical bike courses: riding 15 to 20 metres behind someone else makes it easier to anticipate the course such as sharp turns, potholes and aid stations. You simply focus on the athlete ahead, and don’t need to put in the mental energy to set the pace or stay as alert for surprises on the course (though of course you must pay attention at all times).

Race conditions
Race conditions are aspects of the race you should understand and consider not only when defining your strategy, but also on race day, particularly if they turn out to be different than you had expected.

If you have a heavier frame for example, are you going to attack the hills on the bike or should you take it easier? What will you do on the flats, especially with a headwind? Weather also plays a big role in deciding how to pace yourself: larger athletes know they need to hold back on the bike if it is a hot day—if they don’t, they will pay the price for it on the run. On the flipside, heavier athletes can ride very hard and still have a solid run if the conditions are cooler.