World Championship Triumph for Dapena and Frederiksen in Denmark 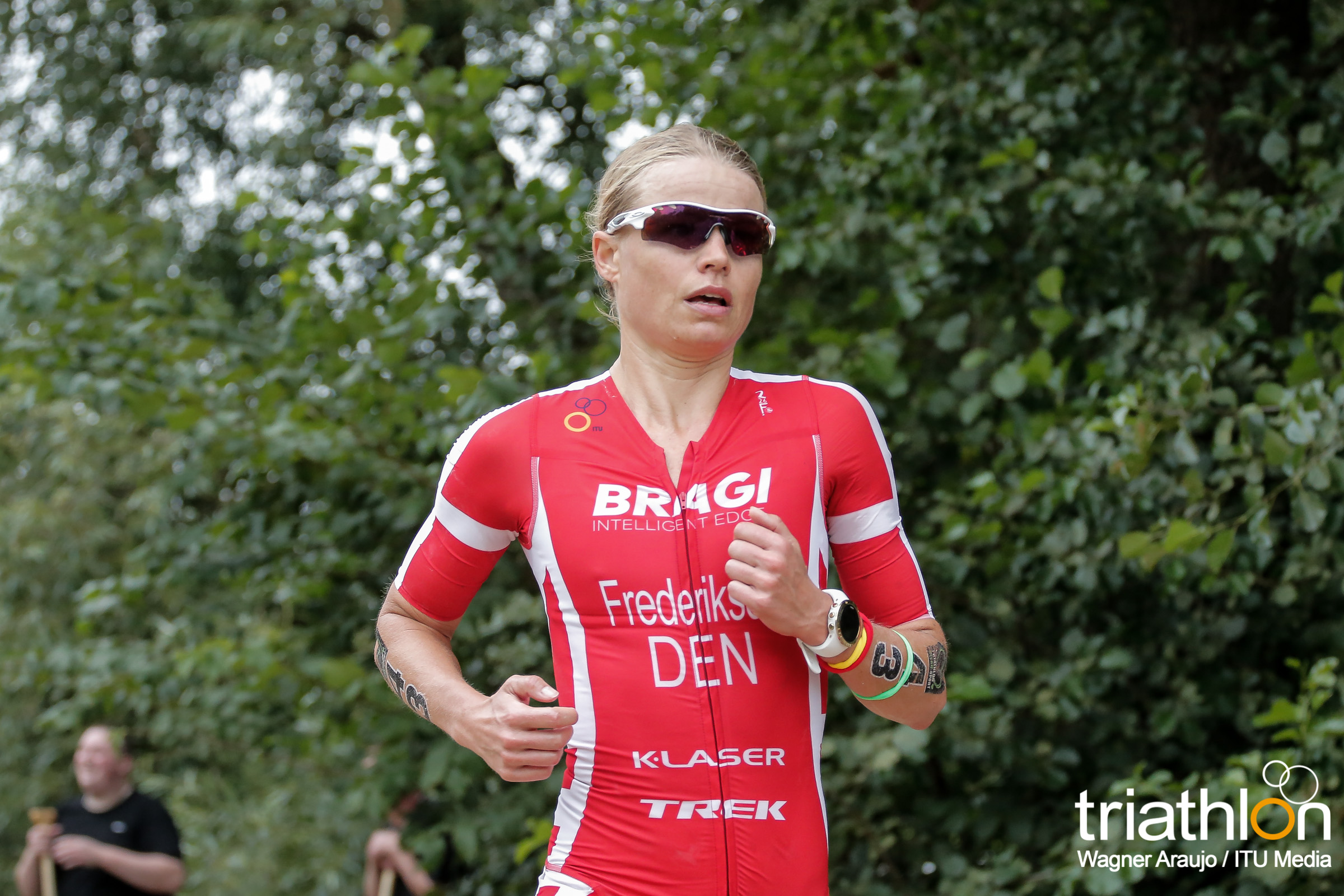 The 2018 Long Distance Triathlon World Championships course commenced in Odense Harbour with a 3km out and back swim, followed by a 120km bike, which crossed Odin’s Bridge, and finished with a 30km run through the charming streets of Odense. Dapena and Frederiksen claimed the golden world champion titles, in their respective elite races, in Denmark.

Men’s recap
A stacked and experienced men’s field lined up for the Long Distance Triathlon World Championships. Estonia’s Marko Albert launched into the swim and stayed out in front to lead the men into the first transition and onto the 120km bike course. Following the Estonian was Spain’s Pablo Dapena Gonzalez and Switzerland’s Ruedi Wild.

Out on the flat yet technical bike course Albert set the pace and worked hard out in front. Wild, Dapena Gonzalez and Frenchman Kevin Maurel followed until the Wild made a daring move in the final portion of the bike stage, enabling him to lead the men into the second transition, up the ramp and onto the pavement.

The Swiss triathlete charged out of the unique underground transition, with Dapena Gonzalez, Maurel, Italy’s Giulio Molinariand Albert, to battle it out across the 30km course running through the heart of the city.

In the early stages of the 4-lap run course, Wild strode out in front but it wasn’t long before speedy Gonzalez surged to the front and established an impressive gap of nearly 3-minutes on Wild. Albert was running 20-seconds behind Wild in third and Maurel in fourth position.

Dapena Gonzalez looked in complete control as he dominated the final leg of the day to cross the finish line and claim the world champion glory.

“It almost felt like I was racing at home, the support was so great!” added the Spaniard.

Wild produced a thrilling performance to be awarded with the silver medal.

“I really went for the win today, I tried everything,” said Wild.
An emotional Albert rounded the men’s podium with the bronze medal.

“I gave it everything and fortunately I came through and now I have a medal,” said an emotional Albert.

The elite women’s field was stacked with experience across the long distance race format.

Out on the 120km bike course the group of elite women, which included, Luxford, Frederiksen, Paterson and Riveros, worked hard together. Luxford maintained a strong lead position to bring the elite women into the second transition of the day.

Riveros had a quick transition and led the women onto the run with Frederiksen and Luxford hot on her heels.

Within the first kilometre of the run Frederiksen had moved into lead position and, motivated by the immense home crowd support which followed her across the course, established a remarkable gap (1-minute-22-seconds) on Riveros in second place. Luxford, a strong runner, was 8-seconds down on the Chile triathlete.

Pederson dropped back into fourth position, 3-minutes-10-seconds down on the race leader.

Frederiksen was in a league of her own on the final stretch of the run. The Danish triathlete crossed the finish line and was awarded with the prestigious 2018 world champion title.

Frederiksen, who claimed silver at the 2017 Penticton ITU Long Distance Triathlon World Championships, was elated with her performance.

“That’s a dream come true. We had a strong field today and I wanted so badly to win. To become a world champion in Denmark, I am speechless,” said Frederiksen.

Riveros was presented with the silver medal, showcasing remarkable potential and class across the long course format.

“It was pretty tough! It was my first time at the long distance race. I am really pleased with my result,” said Riveros.

Luxford joined the women on the podium with the bronze medal.

“It was a tough race, it’s an amazing course! So many people cheering. I am really happy with third,” said Luxford.

The long course triathlon was the showcase event on the schedule and closed the 10-day multisport festival.

How To Run Uphill | Running Tips For Triathletes