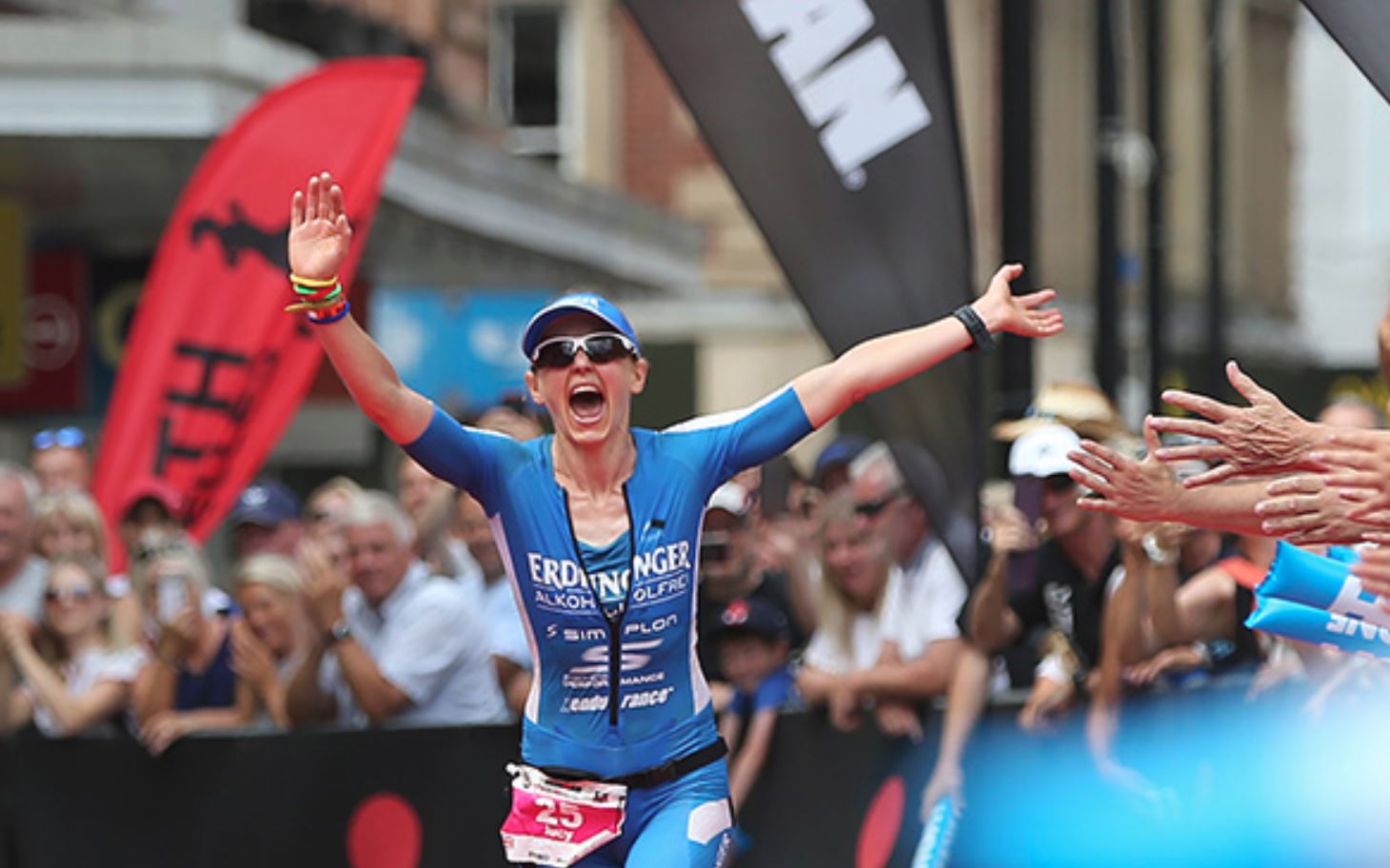 Great Britain did it again in Bolton. Lucy Gossage and Joe Skipper celebrated another British double at the IRONMAN UK. For one of the two winners, the tough race in Bolton marked a beginning, for the other champion a farewell.

Going into the race, Skipper was confident he’d have a big day. The 30-year had ranked third in Bolton twice; he was runner-up here just after finishing second at the IRONMAN North American Championship, Texas and IRONMAN New Zealand. But the strong runner had never experienced the emotion of taking the victory at an IRONMAN in his career.

When he came out of the water at Pennington Flash this time, he was more than 5 minutes behind the lead, but his legs were ready. Due to the hot weather in England and recent wildfires, the bike course had to be shortened to 95 miles. German co-favorite Marc Duelsen, who won IRONMAN Wales two years ago, kept the pace high and steady at the front of men’s pro race. The German was a threat, but Skipper kept on pacing himself solidly. Duelsen had a buffer of 3:30 when he came off the bike, but Skipper’s pace was significantly higher than the foot speed of the 32-year-old German. But Skipper didn’t drop his tactics, he decided not to go too hard too early. He obviously was waiting for the moment when Duelsen tired, a moment that came just after the half marathon mark. Skipper moved quickly into the lead with 17 kilometers to go and kept control of the race. He has been on the podium so often, but this time, it was his moment to go for the win.

Gossage had experienced the sweet emotion of a win at the IRONMAN UK four times before embarking on this year’s race. She knew she would have to go hard again on the tough bike course, especially in a race within the strong Canadian biker Angela Naeth. But the 38-year-old was on a mission, on her individual farewell tour: “It’s my final Bolton,” Gossage said after the race. “Bolton was always special to me.” She was sad to leave the IRONMAN UK, but this had been her plan when she hit the start line. Gossage was here to go hard one more time and ready to bring up a remarkable race. She wanted to show her best because she was not sure if she would come back to this race as a professional athlete again.

She set out on the bike aiming to open up a big gap on the strong biker Naeth and Swedish Camilla Lindholm Borg. The defending champion established a strong ride, she came off the bike with a buffer of more than 10 minutes and increased her lead with every kilometer of an impressive marathon after that. It was much more than a farewell tour in Bolton, it was a demonstration of strength. Naeth eventually got caught in the final hour of the race by Lindholm Borg, but the Canadian is on the way back after being diagnosed with Lyme disease.