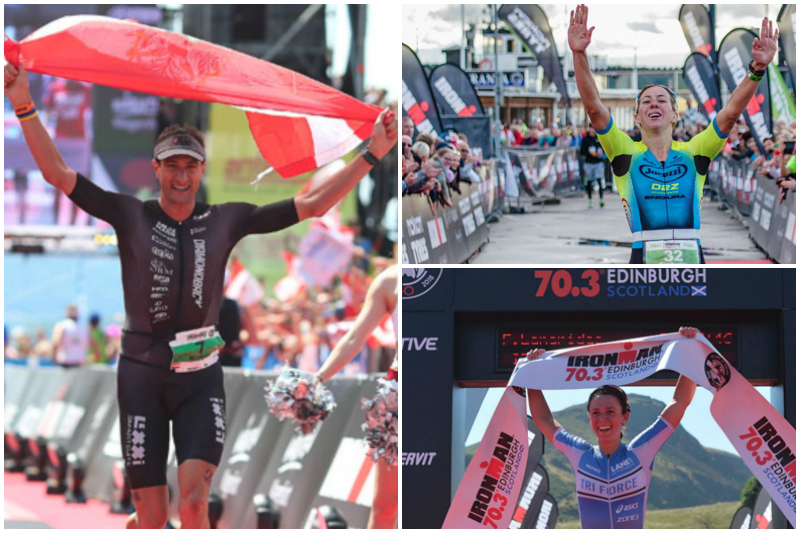 Weiss and Hufe claim it in Klagenfurt

Athletes often dream their dreams during training rides. What about this one: IRONMAN Austria is celebrating its 20th anniversary and you are the first Austrian male ever to take the win at this huge event? Sound unreal? Well, this dream came true for Michael Weiss.

After placing second twice and third once in Klagenfurt, the 37-year-old knew right at the start of the impressive bike course that it’s now or never. Nailing an outstanding 4:16:09 bike split after a solid swim in the crystal clear Lake Woerthersee, Weiss was on a mission when he started the run. With 50 kilometers to go on the bike, he had passed the two leaders Lukasz Wojt and Johann Ackermann like a blizzard. He was not complaining about the fact that he didn’t drop these two decisively until they hit T2. For Weiss, it was way more important to put time on runners like Ivan Tutukin from Russia, David Plese (SLO), British David McNamee and Andy Potts. And he was successful. Once he was on the run, the hunt was on both among the chasers and at the front of the race. On the first 21.1 kilometers, Weiss hammered out a 1:18:54. McNamee had to pay for a fast start later, and Potts tried to pace himself to silver but he got passed by a flying Tutukin on the final kilometers. When these two hit the magic finish line carpet, Weiss was already living his dream.

Lisa Huetthaler was close to fulfilling a similar dream in the women’s race. Sure, there had been other Austrian women celebrating big titles even before in Klagenfurt (Kate Allen, Eva Dollinger, Eva Wutti), but the 34-year-old was clearly aiming for the victory after running into third place at the Lake Woerthersee in 2014. The key to reaching this goal would be staying in the mix from start to finish.

Her compatriot Beatrice Weiss was far away in the water, but Huetthaler made up this four-minute deficit together with Emma Pallant (GBR) and Mareen Hufe from Germany kilometer by kilometer on the bike. After a third of the bike course the gap was less than a minute, and at half-way the trio caught up with the Austrian pro rookie. Hufe, Huetthaler and Pallant stormed towards T2, clearly sailing away from co-favorite Susie Cheetham who came off the bike 15 minutes down.

While Hufe pushed the pace on the bike decisively, it was on Pallant to take over after about 10 kilometers of the run. It looked like the Bri would benefit from Hufe’s strong ride at the front of their group, but the German powerhouse didn’t slow down. Through 32 kilometers, Pallant still had a lead of three minutes before she started to feel the heat. With 5 kilometers to go, the 40-year-old German had the champions’ momentum. She ran to the front and to her first IRONMAN title after seven runner-ups.

Matt Trautmann and Kimberley Morrison posted highlight results at the inaugural Nokia Tyres IRONMAN 70.3 Finland. Although the city of Lahti is very famous for winter sports, this new race brought fresh summer color to the European race calendar; a beautiful landscape perfectly mixed with thrilling competitions both in the men’s and women’s race.

Swiss Manuel Kueng set the race on fire in the water. He took over the lead once the race was started in the late afternoon. Kueng exited the water in a small lead group together with Martijn Dekker (NED) and Panu Lieto (FIN) before he opened up a gap on the first kilometers of the bike. While co-favorites like Marino Vanhoenacker couldn’t get in sight of the podium positions, Kueng led the race on the bike in front of Matt Trautmann. While the spectators waited for the South African to make a move on the bike, it was on Germany’s Johannes Moldan to lead the field into T2. While Moldan dropped out later, Trautmann proved his extraordinary running talent and stormed away.

Morrison was in a similar position compared to Kueng. But in the women’s race, the leader was just too powerful for the rest to follow on the bike. At the half-way point on the course, Morrison already had a six-minute lead. The British leader didn’t show weakness on the bike and especially on the run which didn’t let Minna Koistinen (FIN) and Camilla Lindholm Borg (SWE) get any closer than five minutes.

Sometimes decisions are made early. At the IRONMAN 70.3 Edinburgh, a lead group of five athletes was formed right after the start, and who went on to dominate the whole race. Matt Chrabot (USA) led this group out of the water in 24:47 while Italian Alessandro Degasperi in sixth position was already dropped fort he rest of the day although he was only two minutes behind. When Chrabot led the field into T2, the gap to sixth place was more than four minutes. The tough battle at the front went on during the run, gaps remained small in the top three until Chrabot and French Yvan Jarrige started to drop British Will Clarke even a bit on the last of three laps. Through 17 kilometers, Chrabot seemed to be on his way to take it, but Jarrige eventually sprinted him down on the final kilometer.

In the women’s race, things were pretty competitive throughout the whole day, too. Brit Fenella Langridge had a brilliant swim in front of her compatriot Claire Hann and a clear lead over co-favorite Nikki Bartlett. But the strong biker Bartlett put the pedal to the metal and equalized a deficit of more than five minutes within about 60 kilometers. Langridge started the run in second place behind Bartlett, but she battled herself into first place again on the first seven kilometers to celebrate her first IRONMAN 70.3 victory with a huge smile.