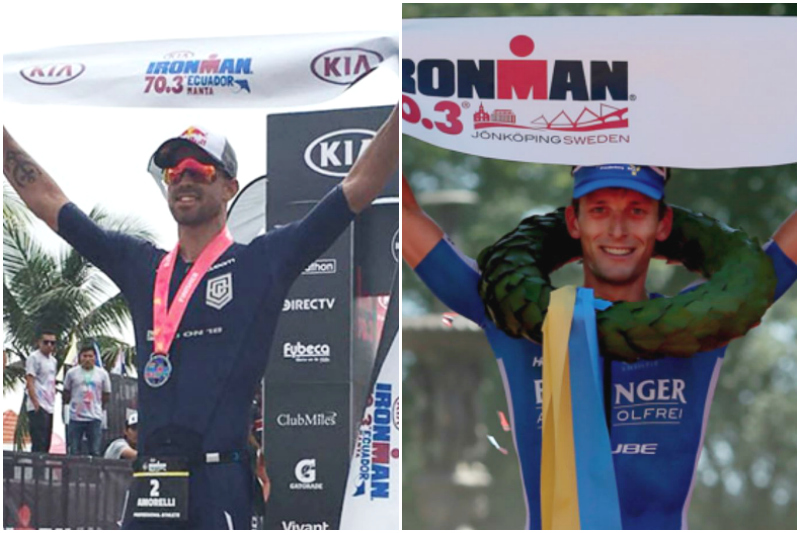 Brandon and Amorelli make it look easy in Ecuador

Brazil’s Igor Amorelli was near or at the front of the race throughout the entire swim and bike legs in Ecuador. A late push in the closing k’s of the bike rewarded Amorelli a minute gap to Aussie Tim Rea.

Once on the run, Amorelli appeared to have the race in control. Rea managed to match the leaders pace for the first half of the run, however Amorelli opened the gap to over three minutes to claim the win.

How much difference a year has made for Amorelli. Last year at this time he was returning from surgery and had to race two summer IRONMAN races in order to earn starting spot in Kona. This year, with a solid placing in the Kona Pro Rankings, he has been able head into his Kona build-up in much better shape.

In the women’s race, Lauren Brandon (USA) put on a clinic on the swim and run in her wire-to-wire win in Manta. The American started the run with a race-leading gap of eight minutes and was untouchable on the run, leaving the remainder of the field to fight it out for second and third.

While the world of IRONMAN took a deep breath watching the stunning performances at the Mainova IRONMAN European championship Frankfurt, the beautiful IRONMAN 70.3 Jonkoping put on a great race, too. The men’s battle turned out to be a head-to-head race from the swim start to the finish line, thanks to a battle between Germany’s Florian Angert and Pieter Heemeryck from Belgium. The two came out of the water within one second of each other, and raced shoulder-to-shoulder all day long. Angert hit T2 a few meters in front of his Belgian colleague, only to watch Heemeryck storm onto the run course first. The whole run followed suit. At the end, Angert put everything together for a final attack. The 26-year-old gave all he could to out-sprint Heemeryck, celebrating his first IRONMAN 70.3 victory before the Belgian crossed the finish line only 19 seconds later. Australia’s Max Neumann took third place.

The fight for the lead was extremely close in the women’s race as well. Swedish co-favorite Lisa Norden led the field out of the water, but without the expected gap behind the outstanding swimmer. The group was close together when the leader embarked on the bike course. Norden looked relaxed, pacing herself well while last week’s IRONMAN 70.3 Finland champion Kimberley Morrison (GBR) worked hard to open up a gap on the Swede over the final kilometers. This plan was successful, but Morrison couldn’t stay the steady pace of Norden on the run.

How To Fit Any Difficult-To-Fit Bike Tire

World Ironman Record Win for Sanders and A Three-Peat for Kessler
November 21, 2016