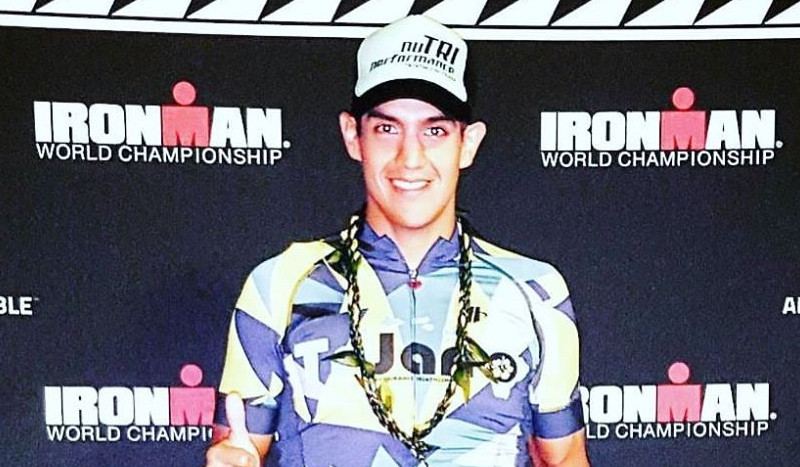 Luis Fernando Pelcastre Rabanal of Mexico and multiple champion in his age-group has tested positive for exogenous testosterone.

Luis Fernando Pelcasre Rabanal of Mexico, the champion of the 18-24 category at the IRONMAN World Championship in October last year  has been stripped of the title and was given a four year ban. He was tested three days before the event and found to contain exogenous (external) testosterone.

Here is the statement from IRONMAN:

Today, the IRONMAN® Anti-Doping Program announced that Mexican age-group athlete Luis Fernando Pelcastre Rabanal accepted a four-year sanction for an anti-doping rule violation after testing positive for a prohibited substance. Pelcastre Rabanal’spositive sample was collected out-of-competition on October 11, 2017, during pre-competition testing at the 2017 IRONMAN® World Championship.
Pelcastre Rabanal’s sample tested positive for the presence of exogenous testosterone and a metabolite, which was confirmed by Isotope Ratio Mass Spectrometry (IRMS) analysis. The use of any exogenous Anabolic Androgenic Steroid, including testosterone, is prohibited at all times under IRONMAN Anti-Doping Rules consistent with the World Anti-Doping Code (WADA Code) and the World Anti-Doping Agency Prohibited List.
All results-management proceedings and sanctions applied under the jurisdiction of the IRONMAN AntiDoping Program are determined in accordance with the WADA Code and the IRONMAN Anti-Doping Rules. In accordance with Article 10 of the WADA Code, Pelcastre Rabanal’s period of ineligibility began October 11, 2017, the date of his out-of-competition test. As a result, Pelcastre Rabanal has been disqualified from all competitive results obtained on and subsequent to October 11, 2017, including results from the 2017 IRONMAN World Championship. His slot to the 2018 IRONMAN World Championship has been forfeited, and he is ineligible to participate in any IRONMAN competition or event organized by any WADA Code Signatory for the period of his ineligibility.
“We take a two-pronged approach to protecting the integrity of our IRONMAN World Championship events,” said Kate Mittelstadt, Director of the IRONMAN Anti-Doping Program. “First, we ensure that all qualified athletes are aware of their rights and responsibilities under the anti-doping rules and our testing program. Second, we run a comprehensive in- and out-of competition testing program, targeting both professional and age-group athletes around the IRONMAN World Championship. Combining urine and blood collection with the Athlete Biological Passport and advanced analytical screens, including EPO and IRMS, ensures that the testing we do supports both the deterrence and detection of qualified athletes who are in violation
of the anti-doping rules.”

Here is the link of the summary of individuals that have received a sanction for an anti-doping rule violation from the World Triathlon Corporation>> Sanctions List.

The banned athlete wrote a statement in spanish on his instagram account.  You can see his profile here>>  Fernando Pelcastre IG Profile