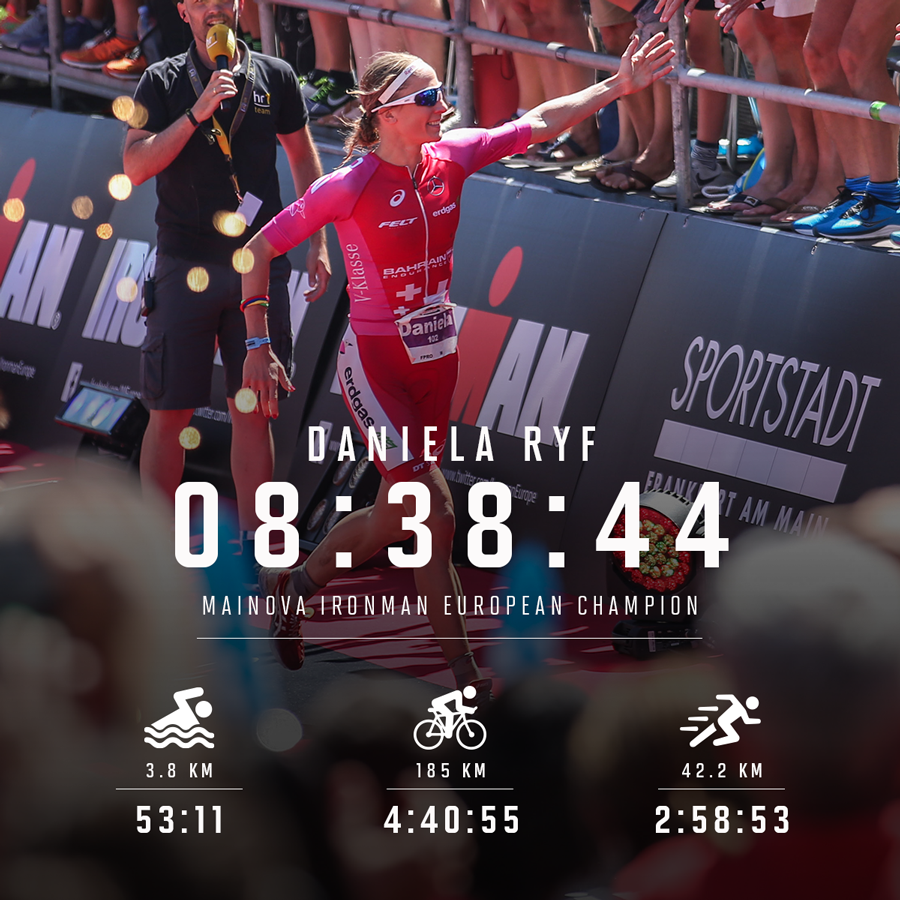 Jan Frodeno vowed to beat Lange at his own game and did so magnificently, winning the Ironman European Championship in 8:00:58, winning by a margin of 7:16 over Patrik Nilsson of Sweden and 8:27 over Patrick Lange.

Frodeno was in stunning form as he posted the day’s best run split of 2:39:06, waving a little reminder, that yes, Frodo is back to reclaim the crown at the Big Island in Kona.

Daniela Ryf (CHE) showed she is on an entirely different level in the women’s field, almost posting a wire-to-wire victory, but was dominant nonetheless in an 8:38:44 finish, a margin of 26:34 over American Sarah True. Ryf’s finish puts her in 7th place overall, and only 38 minutes behind Frodeno.

Josh Amberger of Australia as expected, came out of the water first in 46:53 and led by 1 minute and 49 seconds over the chase group that includes Frodeno, Nicholas Kastelein (AUS), Lange and Nilsson.
Amberger led in the bike throughout the first lap, and the chase group was content staying together.  But after the 100km mark, with Amberger enjoying a 4 minute lead,  Frodeno decided to push the pace.  By 150km mark, the lead was down to three minutes and would eventually approach T2 just 19 seconds behind Amberger.    Nilsson and Lange were 18 and 21 seconds behind Frodeno and ultimately will set-up a marathon duel for this championship.
The duel though never materialized as Frodeno simply ran away from Lange, out-pacing his countryman by running each kilometer 5 seconds faster.   By the 21km halfway point, the lead would be 2 minutes.   Lange simply could not find the gears he had in Kona, and would fade in the 2nd half of the run.   Lange was eventually passed by Nilsson for 2nd place.  Lange held on to 3rd to complete the podium spots.

Two-time Olympia Sarah True (USA) was the first woman out of the water in 53:09, with Ryf right at her feet, 2 seconds back.