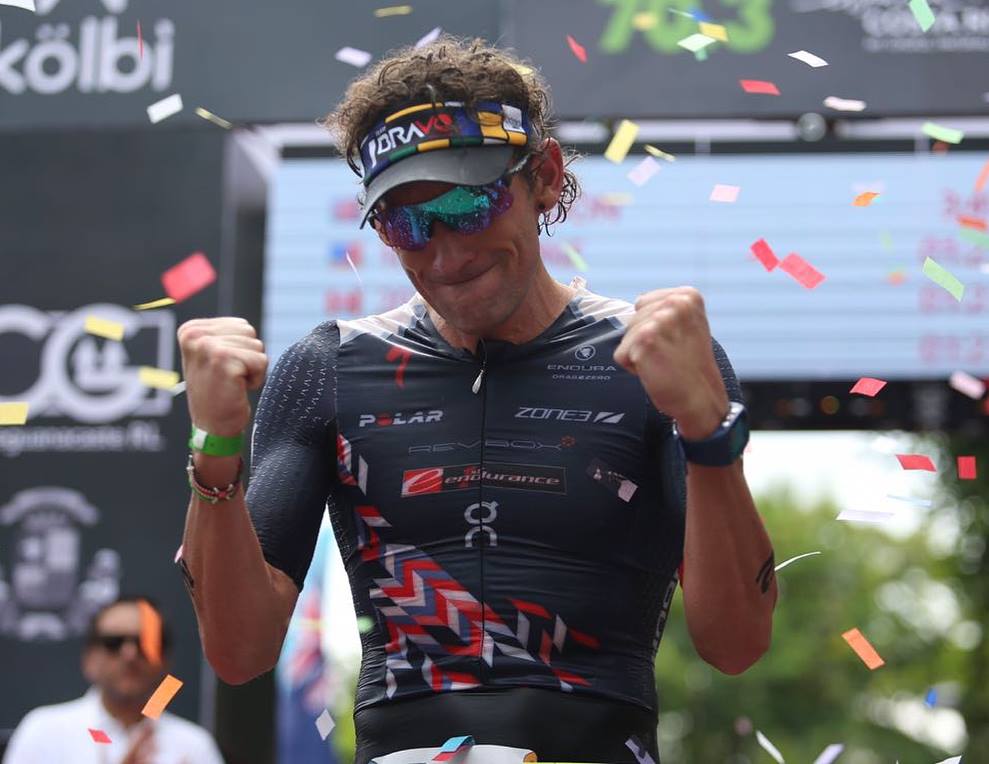 There was really only one story to tell coming out of this weekend’s IRONMAN 70.3 Costa Rica and that was Tim Don’s (GBR) return to racing after a lengthy recovery from a broken neck he sustained in in a bike accident in the days leading up to Kona last October. With a few months where his neck was completely immobilized, Don endured a medical halo secured to his scull with screws and started his rehabilitation and controlled training. In Costa Rica he was at or near the front of the race throughout the swim and bike legs of the race. A late surge near the end of the bike saw Don dismount his bike with a minute leads on a chase group of three men. Ryan Fisher (USA) was the only one able to match Don’s run pace as the gaps widened on the rest of the field. Don was able to coast down the finish line chute and savor his winning moment before clutching the finish line banner and thrust it to the ground as if to say, “I did it, I’m back.”

Lauren Goss (USA) was the class of the women in Costa Rica that watched her claim a wire-to-wire win in the four women pro field.