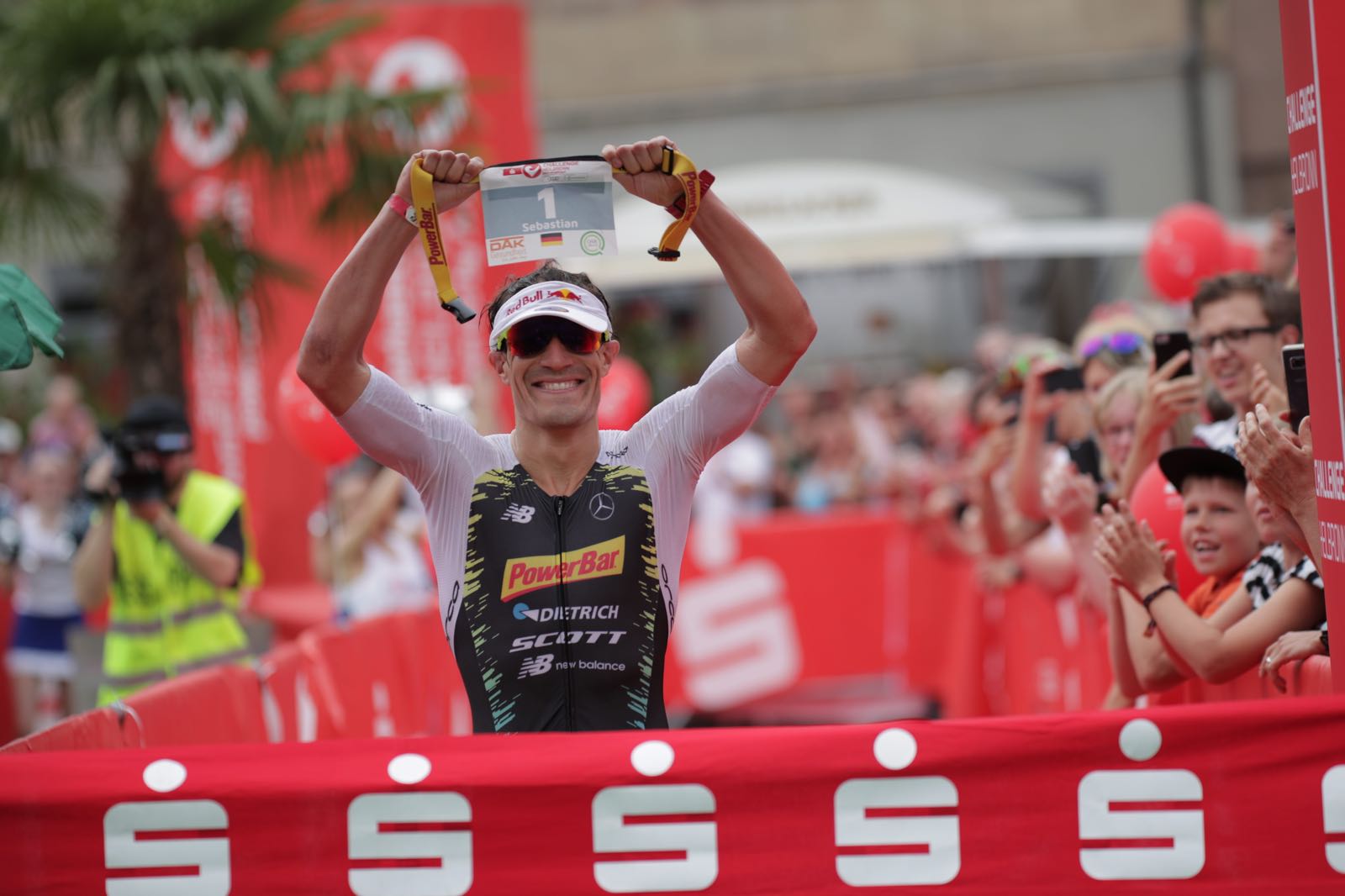 This time, the athletes of the Olympic Distance opened the race at 08:45 am, until the starting shot was fired at 09:15 am for the pros of Challenge Half. First the male pros, 30 second after them the women started the 1.9 km swim in the river Neckar. Firsts out of water were Markus Rolli and Dutchwoman Sarissa de Vries.

On the bike the favorites took lead from the beginning. Andreas Böcherer, Heilbronn winner of 2011, 2015 and 2016, got in lead and defended it on most of the bike course. He was chased by a group consisting of Rolli, Swiss Sven Riederer and Sebastian Kienle. After attacks of the Swiss, Kienle was finally able to close the gap to Böcherer on the last kilometers on the bike and the run started with a head-to-head race between them.

Kienle quickly took the lead and was able to expand it to just under one minute until the finishline. After 3:49:59 Kienle won for the third time, the first time under the Challenge lable. Second was Andreas Böcherer in 3:50:58 in front of Sven Riederer, who finished after 3:51:49.

The race of the women was much clearer. Defending champ Daniela Sämmler was fifth out of water but was able break away quite soon and lead with a comfortable gap. Behind her, Dutchwoman Yvonne Van Vlerken and Hungarian Gabriella Zelinka were riding at close quarters. Van Vlerken who crashed last year in Heilbronn, finally was able to make her way and break away by about one minute until the second transition.

Still she had no chance against Daniela Sämmler who defended her lead in superior style and reached the finish line after 4:21:44. Six minutes later, Van Vlerken finished in 4:28:28 before Zelinka, who needed 4:30:03 for the race.

Athletes complimented on the new courses and the new time table. Especially the quite challenging bike course was praised by pros and agegroupers for its profile.  Altogether it was a successful triathlon weekend with Junior Challenge, Challenge Women’s Run and the races on Sprint and Olympic Distance and Challenge Half and excited athletes and spectators.