Cairns Countdown is on for Ironman Elite 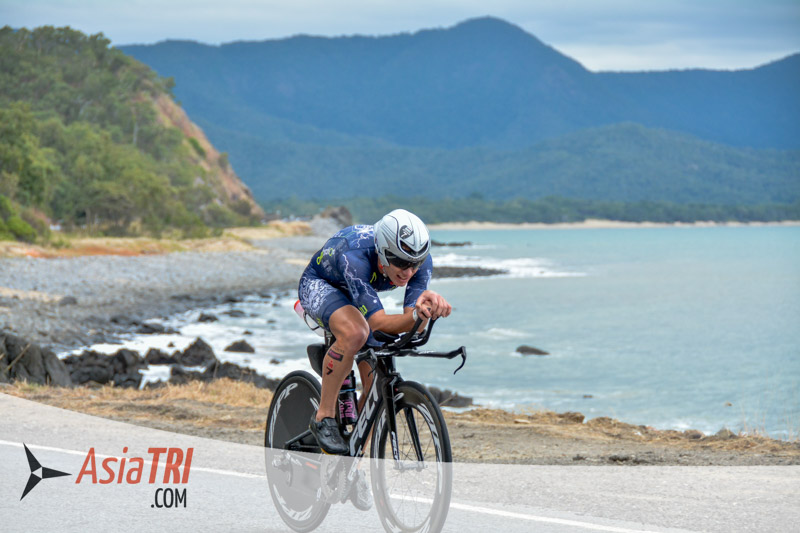 The biggest names in the world of IRONMAN triathlon are gathering in Tropical North Queensland to battle it out for the honours at the Cairns Airport IRONMAN Cairns Asia-Pacific Championship on 10 June.

With all the hard work done, the athletes are putting the finishing touches to their training for what promises to be most the exciting days racing the event’s seven year history.

Former IRONMAN 70.3 World Champion and current IRONMAN New Zealand Champion Terenzo Bozzone is fully focused on his Cairns debut and one to watch in the men’s race.

“I have just spent three weeks training on the big island of Hawaii preparing for IRONMAN Cairns and testing a few things for the IRONMAN World Champs in October. The timing of this race fits perfectly as a last big hit out before the build up to Kona. Ever since crossing the finish line at IRONMAN New Zealand earlier this year I have been eager to race another IRONMAN and see if I can improve on certain aspects of my race.”

“This will be my first trip to Cairns and I can’t wait for the experience. I love beach towns and hear Cairns is a top one and to experience the whole coastline throughout the race is going to be spectacular.”

“The Asia-Pacific Championship is a very prestigious title and with the top quality field assemble it is sure to be a tough and exciting race. The swim will be fast with the likes of Gomez and Clayton pushing the pace, the bike will be fast and hard with McKenzie and company driving hard. Then we can expect to see some fast marathon times in the low 2:40’s, maybe even a little under. I am mates with a lot of guys in the field and to be racing alongside Javier Gomez in his first full distance IRONMAN event is an honour.”

Favourite for the women’s race is Queensland’s three time IRONMAN World Champion Mirinda Carfrae who is pumped and ready to rock in her Cairns debut.

“My last IRONMAN was Kona 2016, so I am excited to be back racing. I have been slowly building my fitness back after the birth of our daughter Isabelle and I feel like I am ready to have a solid hit out over the IRONMAN distance.”

“I hope to steer clear of trouble in the swim, hop on the bike for a scenic but decently challenging bike ride and a nice head wind back into town. Finishing the race off in the company of loads of spectators most importantly my baby girl Isabelle who I will get to see a number of times on the multi lap run course.”

“It’s really hard to say after so long away from racing IRONMAN and I really don’t know how my body will handle the full distance. But IRONMAN Cairns is my main mid-year focus. I’m building up to Kona but feel like I have accumulated enough fitness for a solid performance,” she modestly said.

Carfrae’s partner Tim O’Donnell is returning to racing after breaking his foot in January. The start of his year was a bit slow but he is gather pace and is delighted to be fit, healthy and ready to race.

“I was in a boot for eight weeks but have progressed well over the last two months and I’m excited to race. Rinny and I come back to Australia every year and spend the summers in Noosa but this is my first time to Cairns. I know it is famous for the Great Barrier Reef and crocodiles and I have heard the bike course is beautiful. A bit like the course in Kona with rolling hills on a coastal highway.”

“The men’s race has a truly spectacular field, so I hope to have a great swim and bike to put me in a competitive position on the flat, fast and spectator friendly run course. Then I can tick the box for Kona,” he said.

Kiwi Braden Currie has returned to Cairns better for the experience of his third place last year and he is looking forward to racing and putting his New Zealand winter training block to the test. Braden is back to experience all the Cairns has to offer, the course, the culture around the event, and the depth of field he will be racing.

“The race is looking really exciting, the field is very stacked. I would say there are 10-15 guys that are very well acclaimed professional triathletes that are going to be pushing the pace hard and all going out for the top podium spots. The field is not too dissimilar to what you expect if you were lining up for Kona, which just shows how competitive IRONMAN has become and how hungry pro athletes are to make sure they are on the Kona start line.”

“Knowing there was such as strong field turning up actually made my training a lot easier as well. I had a bit of extra motivation to make sure I was in the right condition on race day. Having the experience of six months of dedicated training towards Kona last year, has taught me what is means to be fit to race and I’m really looking forward to having another chance at this distance.”

“This course is a really beautiful, with one of the best bike courses on offer within IRONMAN. The bike is backed up by a run around the city centre and there is always a lot of people around. Aussie spectators like to go all out and there is never any shortage of support and encouragement from the side-lines, which makes racing in Cairns all the more enjoyable,” he said.