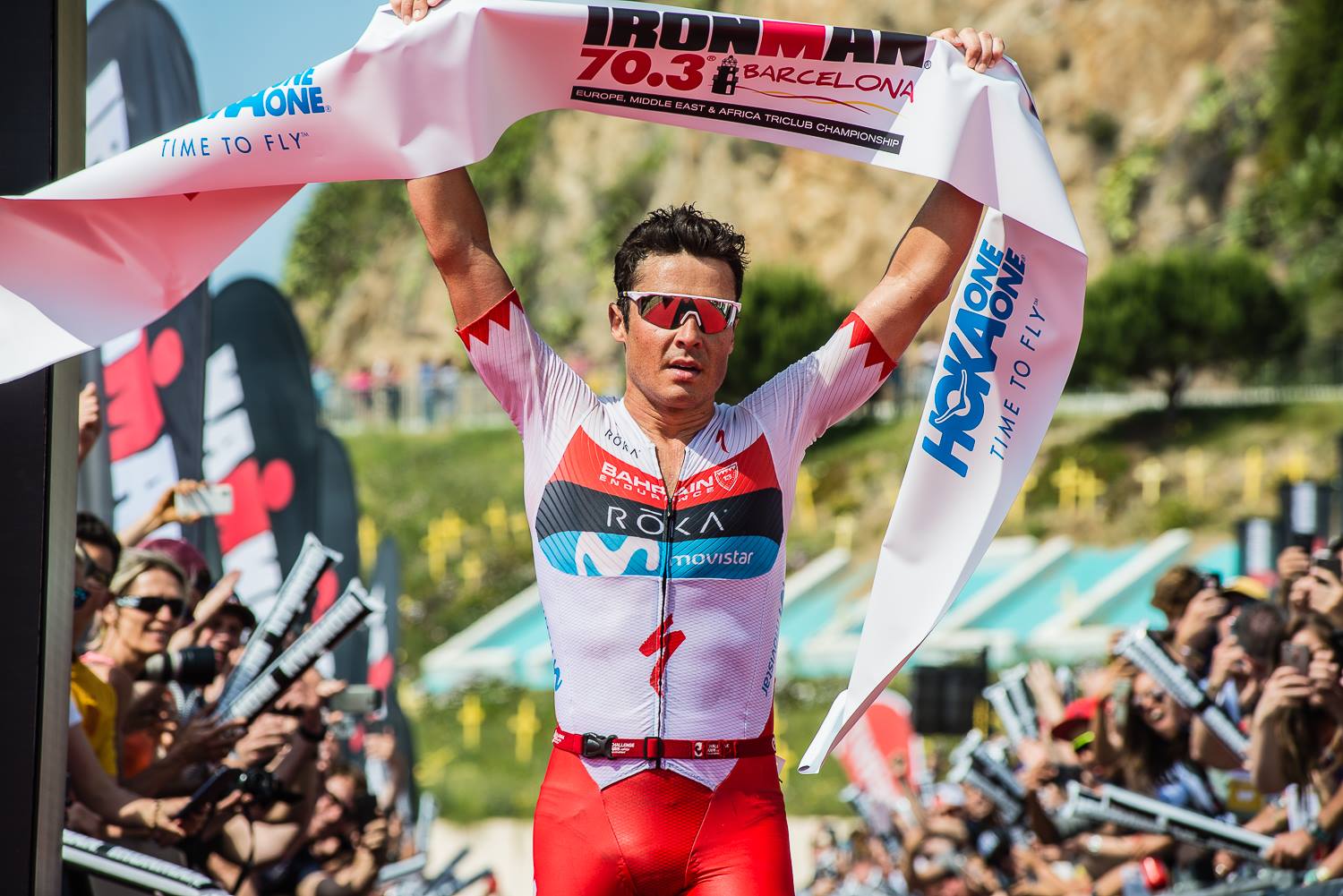 Javier Gomez is definitely on a solid way to a great 2018 season. The star from Spain was expected to set the race on fire in Calella, and fulfilled the expectations in an impressive way. Gomez stormed to the front in the water and kept on pushing throughout the whole race. Bart Aernouts and David McNamee started hammering as a two-athlete chase-group early on the demanding bike course. Although they came close on the final kilometers, they couldn’t catch up with the leader. Gomez started onto the run with a gap of less than 40 seconds, but he really pushed then. The 35-year-old paced himself to a sub-1:10 split right from the beginning and missed this goal finally by only eight seconds. McNamee nailed a solid run to finish in second while Aernouts had to suffer a bit after attacking hard on the tough bike leg.

Defending women’s champion Emma Pallant focused on the second half of the race. She started the bike with a two-minute deficit and downsized this gap to a minute on the first 20 kilometers. During the longest climb of the day, Pallant took over control in a group of three including Denmark’s Camilla Pedersen and the British Pro rookie Fenella Langridge. It was on Pedersen to bring a lead of one minute to T2, but Pallant ran into the lead within only a few meters. After about half of the course, the 28-year-old was off and away.

Swimming in a Triathlon Wetsuit- A Beginner's Guide