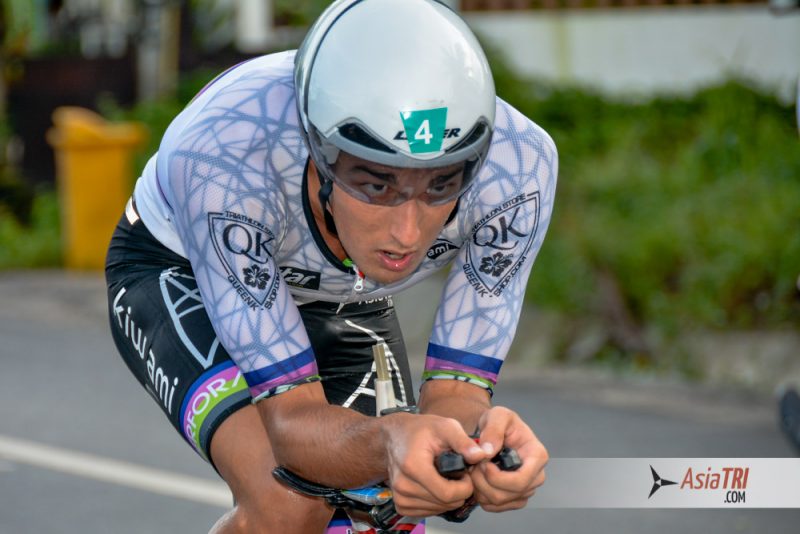 Tim O’Donnell (USA) lead the men out of the man-made river in Monterrey with Andrew Starykowicz (USA), Kevin Collington (USA), Matt Chrabot (USA) and Antony Costes (FRA) less than a minute back  O’Donnell, Costes, and Starykowicz forced the pace early on the bike, putting a gap of close to two minutes on the field over the first half of the two-lap bike course. In typical Starykowicz fashion, he hit the gas and the final 45 km’s of the bike and enjoyed an advantage nearing four minutes over O’Donnell and Costes and over five minutes on the remainder of the field.

Costes was the fastest runner of the three and proceed to methodically chew away at Starykowicz’s advantage. It took Costes until 16 km’s to crack Starykowicz’s hold and take the win by a 1:09 margin. Collington ran his way into third, a mere 3 seconds in front of O’Donnell.

Jeanni Seymour (ZAF) lead the charge out of the water with Kasia Sali (FIN), Pamela Tastets (CHL), Mirinda Carfrae (AUS) and Lesley Smith (USA) a little over 20 seconds back of the leader. Once the women hit the bike course, Sali and Carfrae started putting in time on their competition, eventually dismounting their bikes together.

On the run, Carfrae held the advantage on Sali that yo-yoed from 2 to 15 seconds in the opening half of the run. Sali managed to make her move to the front of the race close to the end of the first half of the run and make it stick for the remaining 10.5 km’s. Sali would hoist the finish line banner over her head celebrating her win over Carfrae by a margin of 1:52.

How To Calculate The Correct Chain Length | Road Bike Maintenance