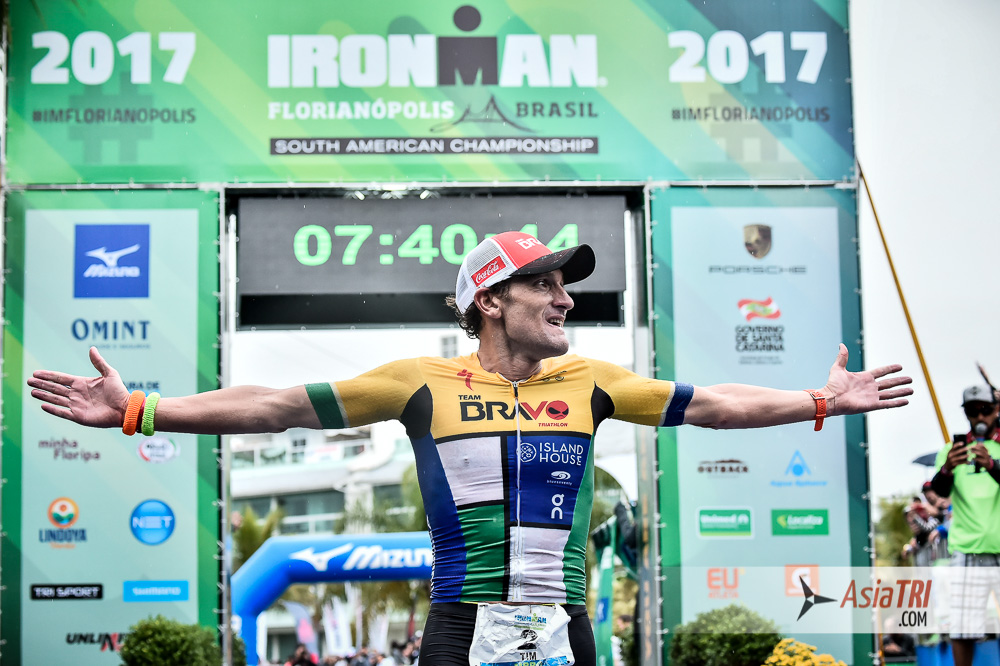 If you have been following the sport of triathlon, you probably have known the story of British triathlete Tim Don.  Having started 2017 in a blistering pace, winning 5 of his 7 starts, including the Ironman record of a 7:40:23 finish in Ironman South American Championships Brazil, Don was one of pre-race favorites going into the 2017 Kona Ironman World Championships.

But tragedy struck, and in his final test ride in Kona, a car turned in front of him, resulting in a disastrous crash.  He suffered a fractured C2 vertebrae in his neck, resulting in a non-start, and perhaps looking at a very long recovery.

Opposing a surgery that would be a quick fix but would limit his neck’s range of motion, well eventually ending an athletic career, he opted for a device called Halo, a doctor described as a medieval torture device.  Don chose to wear the device since it was advised as the best option for complete recovery with no further complications and limitations.  But he wore it for three straight months, and it was indeed a torture.

In a trainer workout ride, Don immediately bared his plan of his comeback, by running Boston Marathon as his first race back.  Now six months after the horrific incident at Kona, and three months after wearing the Halo device, he surpassed his sub-2:50 goal by running a 2:49, and also amidst horrible, cold conditions, where the winning times were all so slow.

Given the incident, the weather condition at Boston, and how tough Tim Don’s recovery was, his 2:49 time makes it even more impressive.  While Don still has to completely recover from the neck injury, having difficulty turning his head in swimming, it would not be a surprise if we see Don at a triathlon start line sooner that we might expect.

How To Tighten Your Headset | Road Bike Maintenance