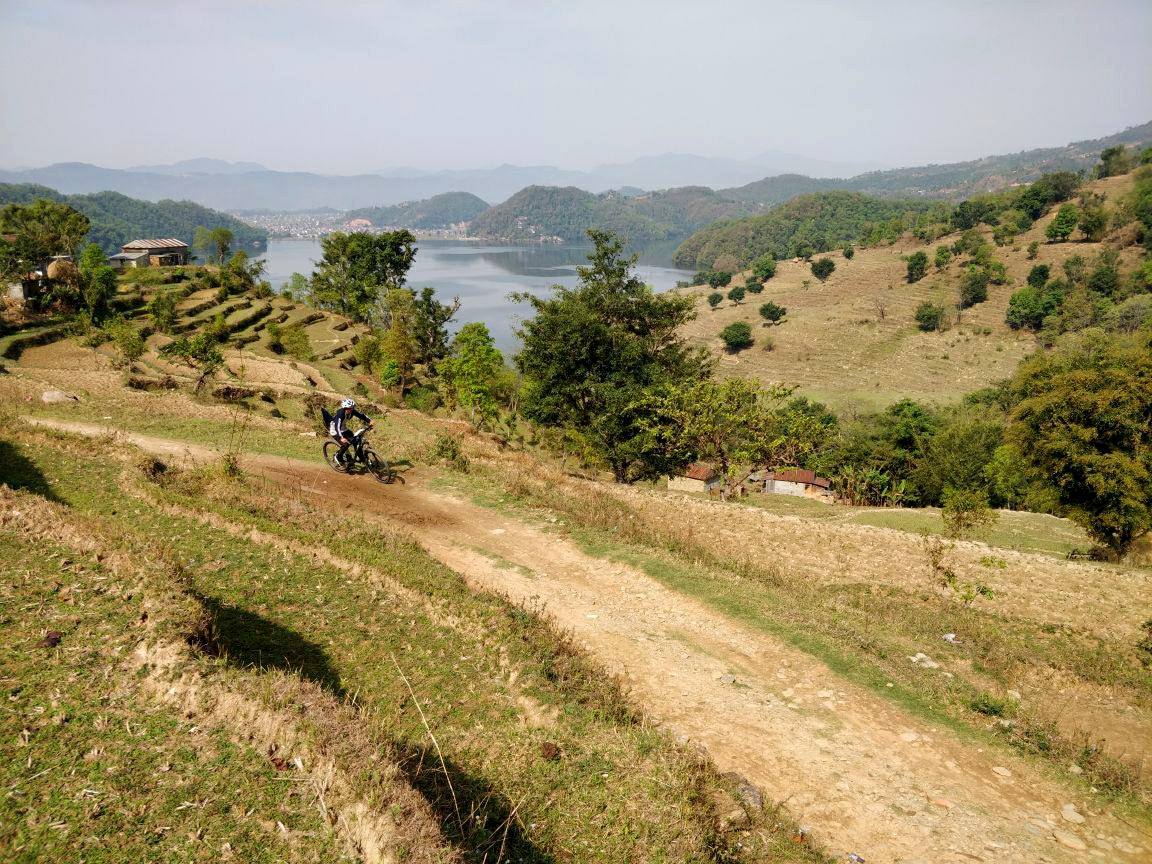 The picturesque setting at Begnas Lake, Pokhara, looked nothing less than a photoshopped painting. With a line of mountain forests enveloping the serene Begnas Lake, further surrounded by snow capped mountains, the participants were in awe of the location.

But as gorgeous as the scene was, the course of the race paralleled it in difficulty. With a Standard Triathlon in Individual and Team Relay {1.5km swim, 40kms bike, 10km run}, a Sprint Triathlon {750m swim, 20km cycle, 5km run}, Duathlon {40km bike, 10km run}, and 2 Trail Runs {10km and 5km}, participants had to conquer long distances in chilly waters, long winding routes up and down off road trails, and rocky paths to finish their race.

Kaily Allam from Canada, who also happens to be the winner of the Sprint Triathlon Female Category says, “It was pretty tough, there were a lot of uphill routes that I wasn’t really expecting, which I found quite challenging. But it was so much fun, I especially loved biking through the villages, and there were little students and kids cheering us on!”

Paul Castro Wooldridge, USA, came in 5th in the Standard Triathlon Male Category, he adds, “I loved the experience! The swim segment was challenging for me, I’ve never swum that far before. The view was amazing as we biked through rural Pokhara with some spectacular mountains and snow capped peaks to look at. The trail at the end was excellent with the dam in the middle of Begnas Lake doubling up as the finishing line. It was amazing! I think the course difficulty was just right.”

Andreas Torres, from the US finished in first place in the Standard Triathlon Men’s Category at 3:04:10, and Melissa MCartney from New Zealand won the Female Category Standard Triathlon at 4:15:59. The biking segment took the maximum amount of time and effort, with its steep climbs and descents.

Wild Warrior Himalayan Rush has been a passionate project for 7 years now and every year it attracts people from all over the globe. This time the event saw participants from over 10 countries, like UK, USA, South Africa, India, Canada, Australia, Hong Kong, to name a few. Maneesh Shreshta, who is the mastermind behind the event said, “We are thrilled by the response of fellow trail lovers every year who come to Nepal to experience beauty, challenge and camaraderie. This is a tough race and we are particularly inspired by those who attempt their very first triathlon here. We look forward to continue providing beautiful and challenging trails and an even better race experience year on year!”

Wild Warrior teamed up with Himalayan Rush this year, Co Founder, Wild Warrior, Varun Gunaseelan adds, “We are stoked with the success of the event. Watching the participants enjoying themselves as they push their fitness boundaries is an epitome of everything we want to endorse and encourage in this industry. We look forward to bringing in many more exciting events and reaching out to a larger audience.”