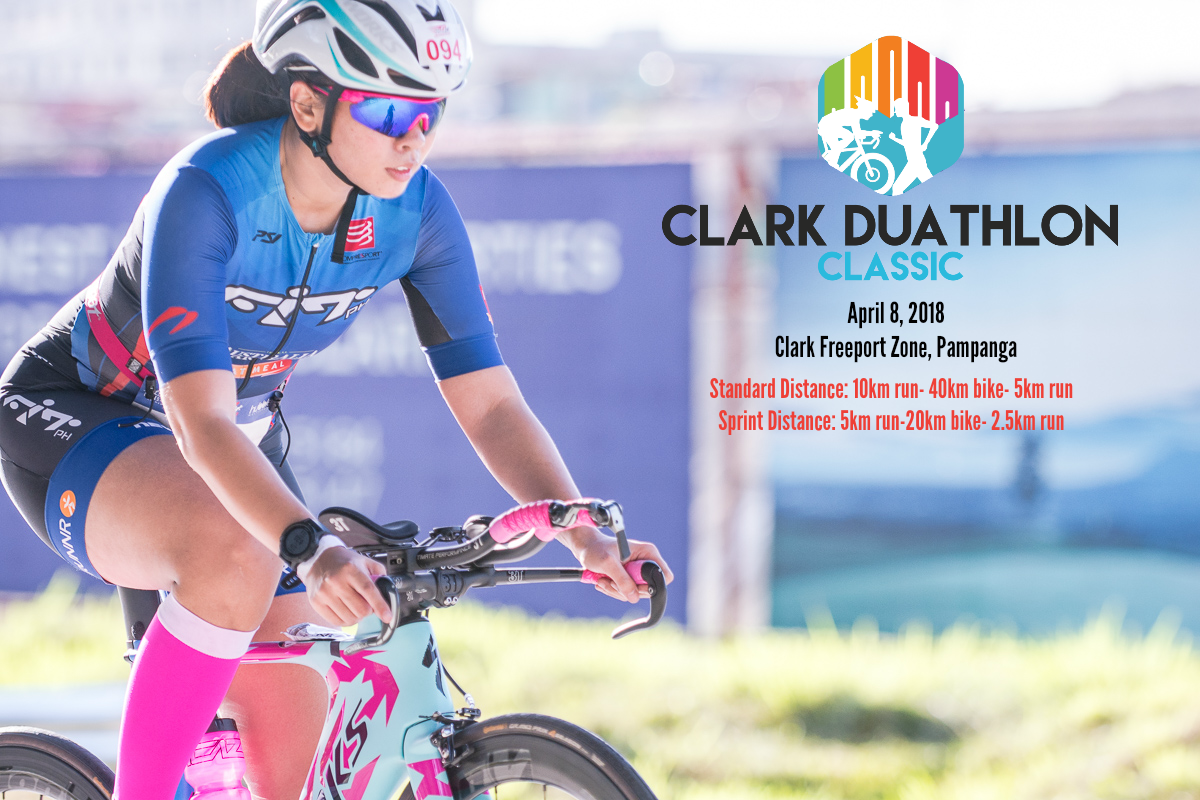 It is with great excitement to announce that the inaugural Clark Duathlon Classic drew 400 duathletes. It will be held on Sunday 8 April in Clark Freeport, Philippines.

The Clark Duathlon Classic is part of the Clark Classic Series organized by Hubble Multisport, locators inside the multisport-friendly freeport zone in Clark, Pampanga in the Philippines. Clark was a former military base, and was the biggest base outside of the US mainland. It is located 80km north of Manila. As part of their advocacy, Hubble Multisport aims to spread the benefits of multisport lifestyle and promote Clark Freeport zone as a training and racing ground.

Race Director Jumbo Tayag stressed the importance of promoting the active lifestyle, as well as promoting Clark as a premiere multisport destination. “I have been in the sport, duathlon and triathlon for nearly 14 years now, and Clark has been our training grounds for the most part of it. I am so glad that through our races, we have been able to spread the word, and really excited that more and more people in our area are taking the multisport lifestyle.”

AsiaTRI will be there to cover the event and watch out for our race recap, and photo galleries.

Top 6 Ways To Recover From Your Next Triathlon