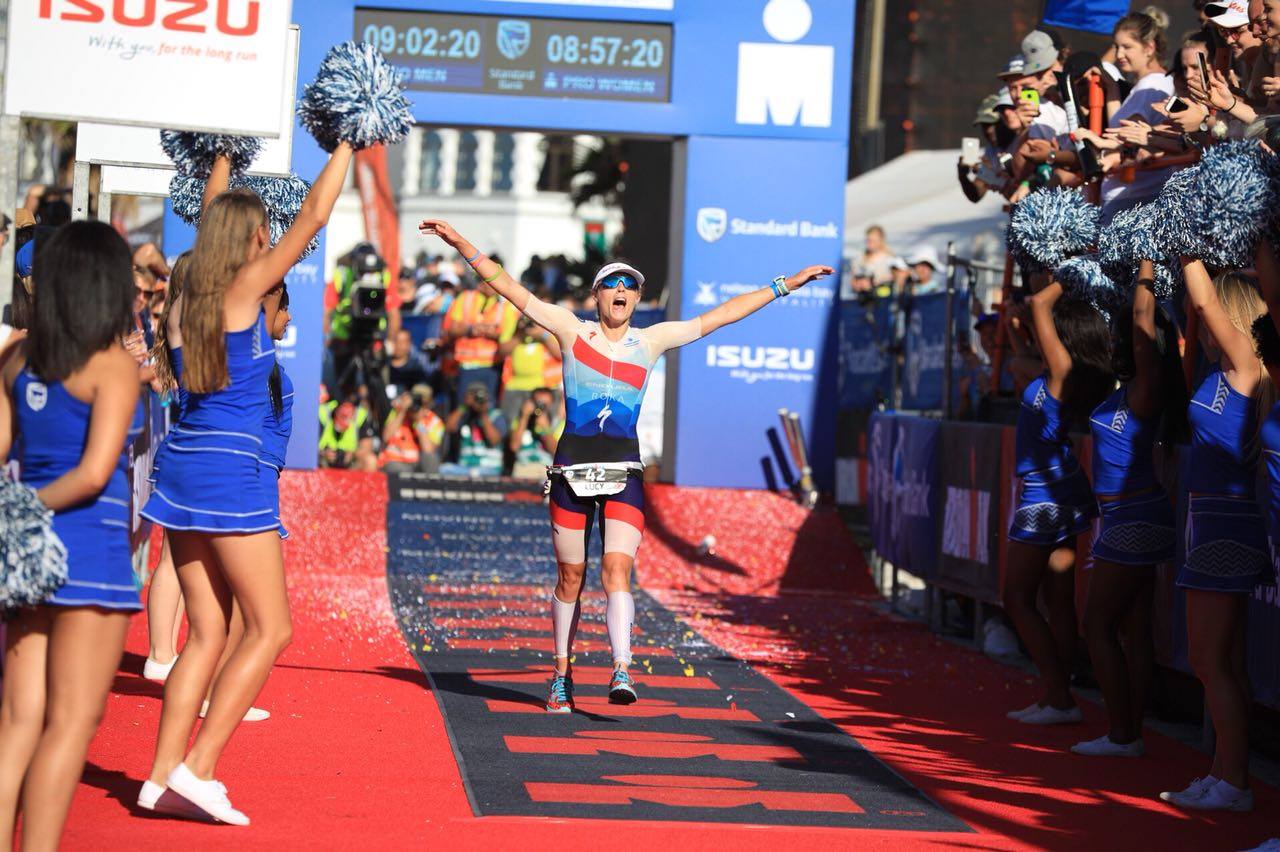 text and images by Ironman Media

Outstanding competitions highlighted the 14th edition of the Standard Bank IRONMAN South African Championship. In the men’s race, Kyle Buckingham (ZAF) took the win in Port Elizabeth as a local for the first time since South African star Raynard Tissink celebrated his third and final victory back in 2011.

In the women’s race, Lucy Charles (GBR) followed into the footsteps of former British dominator and four-time IRONMAN world champion, Chrissie Wellington. The 24-year-old established a swim course record in 47:32 minutes in Mandela Bay in an extremely efficient and elegant fashion to break away early from the rest of women’s field.

Charles had a 5-minute lead when she started the bike which she maintained all day long. Almost two years after ranking third in her rookie IRONMAN pro race in Lanzarote, Charles proved her strength. Last year’s IRONMAN World Championship third-place finisher, this year, Charles seems to be fit and focused in all three disciplines. In Port Elizabeth, she was the only woman to ride the stunning bike course in under 5 hours, and she kept a steady pace on the run. Although Susie Cheetham (GBR) and Linsey Corbin (USA) nailed great marathon splits, those two experienced IRONMAN athletes had no chance to get close.

The leader played smart until she took the final turn to enter the red finish line carpet with a huge smile. Cheetham took second place thanks to a consistent performance on the bike and run. The Brit finished on a podium spot for the fourth time in a row in Port Elizabeth. 37-year-old US star Corbin had the fastest run split of the day to claim another podium in her long and successful IRONMAN career.

Three days after his 29th birthday, Josh Amberger (AUS) hammered away in the water as expected. Last year’s IRONMAN Asia Pacific Championship winner seemed to be more in a competition with Charles who went on to set the day’s quickest swim split. He came out of the water in 46:24, a little less than two minutes in front of a group with most of the other favorites. Amberger set the lead pace early on the bike, until Cameron Wurf (AUS) appeared at his shoulder after about two hours of racing and moved to the front. Buckingham, the two-time defending champion Ben Hoffman (USA) and Spaniard Eneko Llanos followed in the first group behind the two Aussies, among others like dark horse Maurice Clavel (GER).

All eyes were on Hoffman wwhen the leaders came off the bike, but the defending champion had issues from the start. He had to walk early, and deal with cramping. It was on Wurf to lead the race for another 28 kilometers, but Buckingham took over on the final third of the marathon just as he had performed all day long: strong, focused, and ready to go. The 34-year- old kept his mind together to run away from Wurf and Amberger to claim the most important victory of his career in the town where he was born. Clavel placed third place behind Amberger, rounding out the podium in his second only IRONMAN race.

How To Tighten Your Headset | Road Bike Maintenance