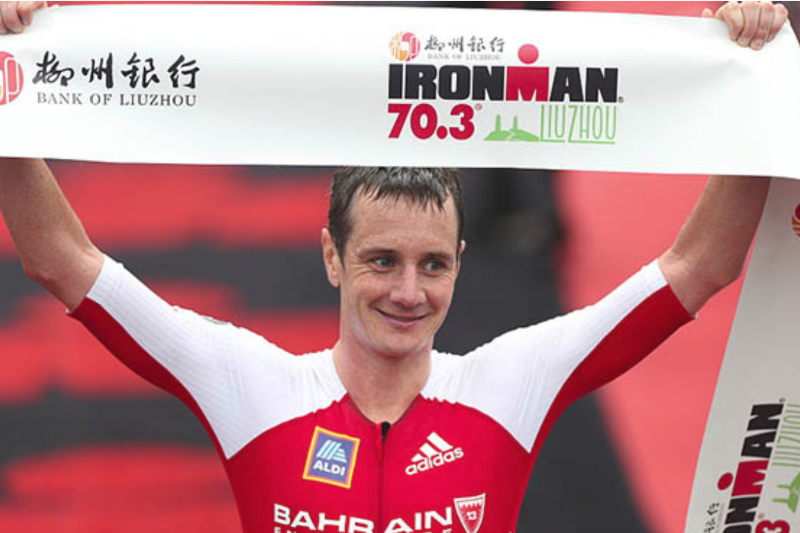 The efforts of Alistair Brownlee (GBR) in winning IRONMAN 70.3 Liuzhou has more meaning in the manner of his victory. The two-time Olympic champion – so often irrepressible in the swim and on the run over the standard distance – claimed his China triumph through his efforts on the bike. His outstanding 2:01.16 effort over 90 km – a tick under an average of 45 km/h – nicely set up his victory of 3:45.28.

Brownlee was able to cruise through a 1:16 run to win by four minutes over multiple world champion Craig Alexander (AUS), with a further minute back to his fellow Australian Sam Betten. The British star was a significant 70 seconds clear out of the 1.9 km swim before storming away on the bike to enter T2 a full six minutes faster than his nearest competitor over the two-lap ride.

Brownlee has made it two straight IRONMAN 70.3 wins this year, built on his 2:01 bike at Luizhou, and 1:58 in winning in Dubai.

While the men proved a one-way masterclass, the women’s race was a barnstormer with Agnieszka Jerzyk (POL) following up her win in Taiwan with a sprint finish victory over Switzerland’s Imogen Simmonds.

Simmonds led by 1:25 out of the swim before Jerzyk blasted her way to the fine after 22 km on the bike. But the pair could not be separated from that time, riding into T2 together. The pair ran side-by-side for virtually all of the run before Jerzyk managed to out-sprint her rival for the win.

American Sarah Piampiano enjoyed the best run of 1:20 to climb up to third.