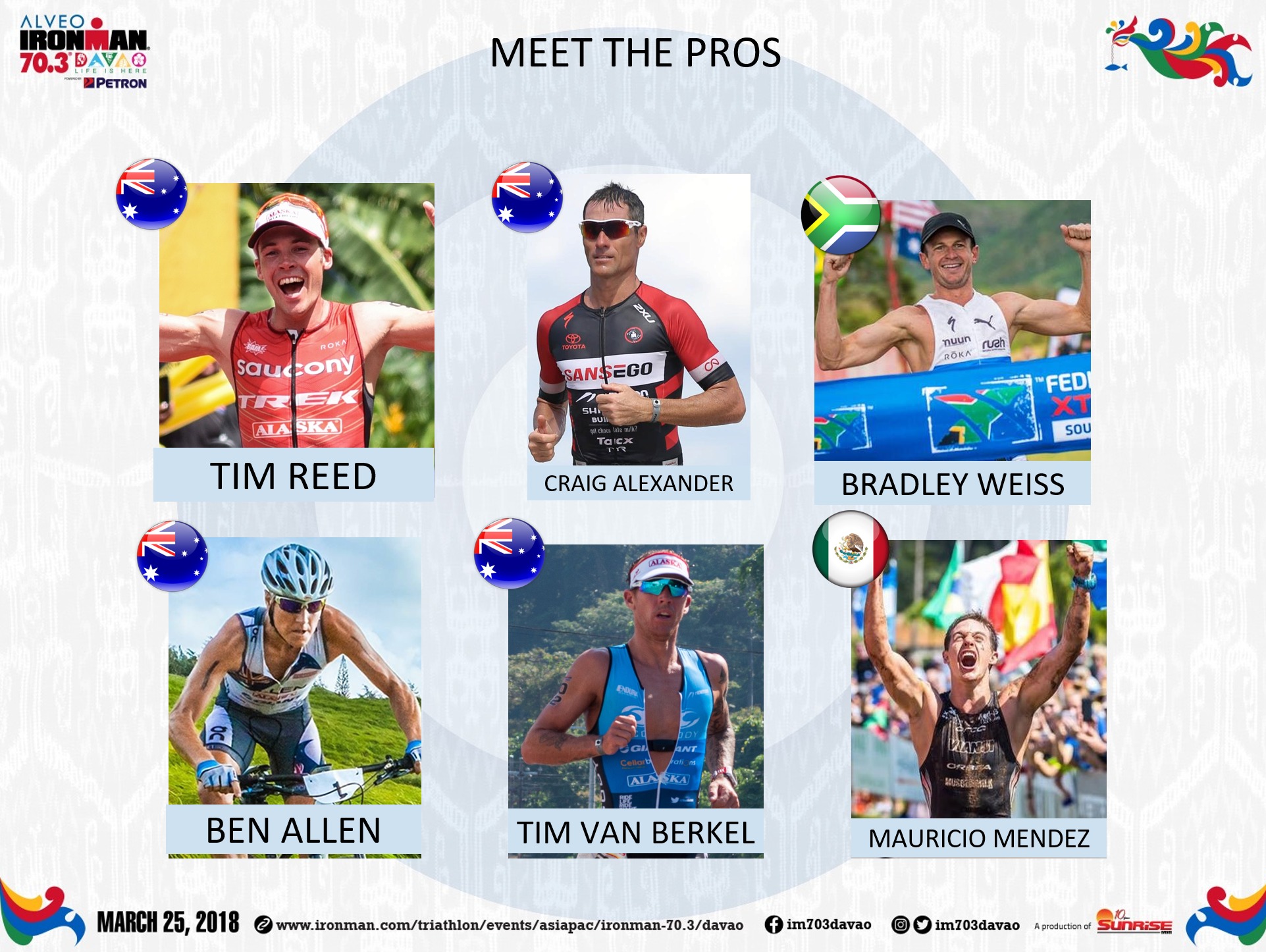 Five world champions and a slew of topnotch triathletes gear up for a fierce showdown for Alveo IRONMAN supremacy when the premier 70.3 championship is fired off March 25 at Azuela Cove in Davao City. Sunrise Events Inc. Wilfred Uytengsu and Davao, through Mayor Sara Duterte, have guaranteed a one-of-a-kind triathlon experience, this being held in the region for the first time, with the event are expected to further boost the economy and tourism of the host city.

“With its blend of nature and urban infrastructure, not to mention a course with unfamiliar terrain and challenges, Davao and Azuela Cove will surely offer a true test of triathlon for this world-class field,” said Uytengsu.

The race course is said to be the fastest 70.3-mile distance in the country, compared to Cebu and Subic Bay. The race will take place with a one-lap swim at race central Azuela Cove. Participants will bike out via a fully-closed road J.P. Laurel Ave, traversing through the cities of Davao, Panabo, Carmen and Tagum where the roads are wide-open, flat and decorated with palm trees nearing the end. The last leg of the race will have participants running two-loops from Azuela Cove to SEDA Abreeza Hotel, heading back to Azuela Cove for the finish line. The Alveo IRONMAN 70.3 also marks the kickoff leg of SEI’s series of triathlon events for its milestone 10th season with the leading organizer of premier sequential endurance races in the country now going nationwide with 70.3 championships also lined up in Luzon and Visayas. A total of close to 1,800 participants from 39 countries are vying in the inaugural Mindanao staging of the highly successful 1.9K swim, 90K bike, 21K run series presented by Petron, Dept. of Tourism and Tourism Promotions Board and hosted by Davao and Azuela Cove.

Also on tap in the upcoming event are the IronGirl, a 5km fun run sponsored by Herbalife, and the first Alaska IRONKIDS swim-bike-run, open to children aged 6-to-14 years old. The local junior version of the IRONMAN 70.3 is staged to promote a well-balanced lifestyle for kids and at the same time serves as venue for family bonding.

How To Ride Hairpin Turns Like A Pro | GCN Pro Tips