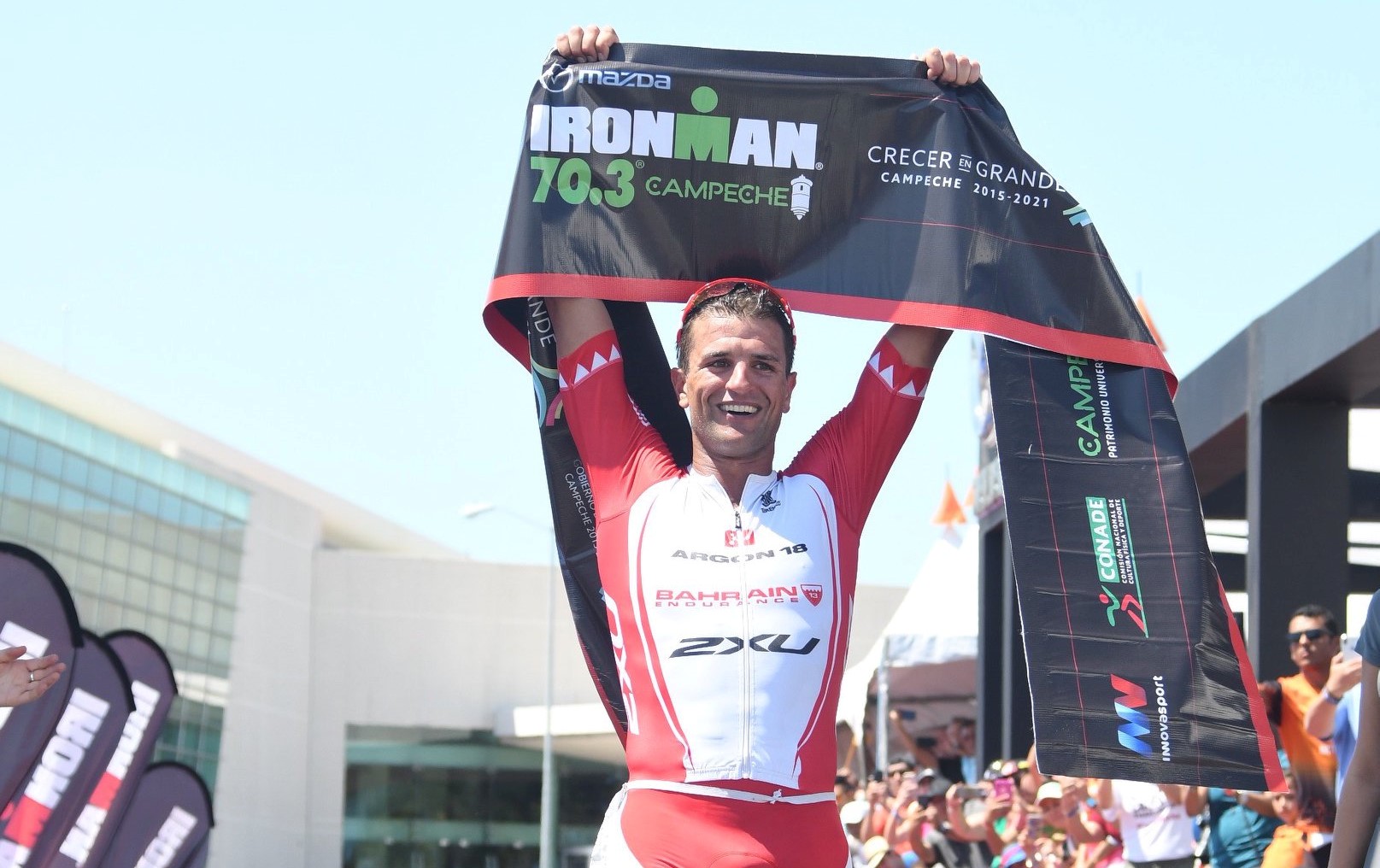 To say Terenzo Bozzone (NZL) is on fire in March would be an understatement to say the least. The Kiwi recorded a record-setting win at IRONMAN New Zealand on March 3, eight days later recorded a quality victory in Argentina at IRONMAN 70.3 Bariloche, then followed it up seven days later in Mexico, claiming the title at IRONMAN 70.3 Campeche. That’s three wins in 16 days and on three different continents. Enough said.

Bozzone made it 3 for 3 in Mexico by being at or near the front of the race for the swim and the first half of the bike. In the closing half the bike, he out biked everyone with the exception of Michael Weiss (AUT) who only managed to out split him by a mere 14 seconds. On the run, Bozzone kept the gap to Weiss to under two minutes. Bozzone would cross the finish line first in a finishing time of 3:49:40 in some sunny and hot conditions.

In the women’s race, Lauren Brandon (USA) once again put on a show in the swim that watched her hit the beach with close to a four-minute advantage on the field. Once on the bike, Heather Wurtele (CAN) was the class of the field on two wheels and would eventually make up her 3:34 deficit at the start of the bike to carry a 41-second lead as she reached the dismount line.

Wurtele laid down the fastest run split on the day to open her season with a dominating victory over her closest rival.

Do I Need A Short, Medium Or Long Cage Rear Derailleur? | Maintenance Tips