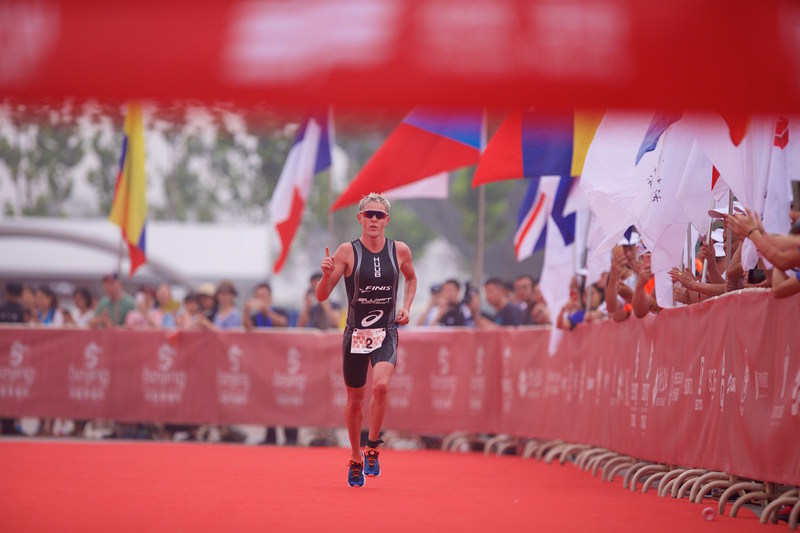 BEIJING (January 31, 2018) – IMG, in partnership with the Fengtai Sports Bureau of Beijing, announced registration will open on February 1, for the seventh annual Beijing International Triathlon set to take place on Sunday, September 23, at the Garden Expo Park in the Fengtai District of Beijing, China. Last year’s 2,000 race slots for the Olympic and sprint distance races sold out within a week. To register, visit www.BeijingInternationalTriathlon.com.

2017 champions Henri Schoeman and Paula Findlay will lead a field of elite pros as they compete for a $100,000 prize purse.  The Beijing International Triathlon is now part of the Escape Triathlon Series, serving as a qualifier race for the world-renowned Escape from Alcatraz Triathlon.

“Winning the 2017 Beijing International Triathlon was truly memorable,” said 2016 Rio Olympic Bronze Medalist and 2017 Beijing International Triathlon champion Henri Schoeman. “I’m very excited to return to Beijing to defend my title. Last year was an amazing experience – I met some great people in Fengtai and the course was incredibly tough and challenging.”

The Olympic distance course will showcase the eco-friendly environment and cultural attractions in Fengtai, including a 1.5km swim through Garden Expo Lake; a challenging 40km bike race through the quaint villages of Fengtai and up Qian Ling Mountain – the highest peak in Southwest Beijing; and a 10km run through the colorful gardens and up the steep steps of the Garden Expo Park. The sprint element of the triathlon will take triathletes on a 750m lake swim, a 20km bike ride and a 5km run through the lush grounds of the expansive Garden Expo Park. In addition to the individual and relay team entries, the Collegiate Challenge returns as part of this year’s triathlon.

See also:  The best triathlon motivation video of the year

Garden Expo Park is located west of the Yongding River and east of Eagle Mountain. The park is an elaborate garden city using the most advanced technologies and artistic achievements in landscaping, including an international standard low-carbon and ecological zone. Within the Garden Expo Park features a plethora of lush gardens replicating famous regions of China, including Beijing, Jinan, Shanghai, Lingnan, Tangshan and more.

As part of the Escape Triathlon Series, the Beijing International Triathlon will award the top male and female finishers per age group a guaranteed race entry in the 2019 Escape from Alcatraz Triathlon (entry fee is the responsibility of the racer). An elite field of pros will participate with a point system tracking their progress as they vie for the 18 professional men’s and 18 professional women’s race slots for the 2019 Escape from Alcatraz Triathlon.