How to get on the podium in Kona 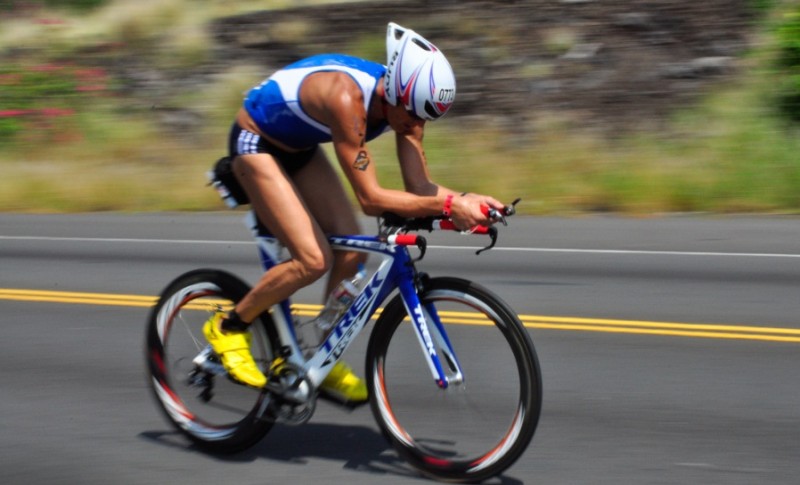 Ironman Hawaii is a few days away, more than two thousand athletes will be aiming for a great performance and most athletes do know that getting on the podium on their age group is a tough call, but there is a smaller group of athletes that will have that goal in mind when the gun goes in Kona.

The story below describes one of these age group athletes and gives you an insight on what it takes, both in terms of planning and race day execution, to place in the top 5 of Ironman Hawaii. Luiz Topan was 2nd place in the M45-49 age group, with a 9hr 17 finish, back in 2011.

Back in 2009, Luiz was 4th in the M40-44 age group with a time of 9hr 27. When he stood on the podium (Kona awards the Top 5 in each age group), one thing was clear: he needn’t bother to try to qualify for the next year. Though just 43 years old, he simply couldn’t compete with the guys just entering the age group. It was a strong message: once age-group athletes enter their 40s, there’s a substantial drop in performance from year to year. His best bet was to focus for his entry into the next age group.

That provided the initial step in planning his next “attack” in Kona; he would race only two years later (2011), at the age of 45, to increase his chances at winning his age group, by then the M45-49 division. From that point on, all his races were based on this calendar, and we decided to pick Ironman Cozumel in December 2010 as the qualifying race for Kona 2011.

Doing Cozumel one year in advance was a wise decision as it would allow Luiz to fully recover from the qualifying race before building into Hawaii again. Luiz has an injury-prone body, which rules out most qualifying races that take place in the middle of the year, a few months before Hawaii.

The race in Cozumel went great: Luiz earned 2nd place in the M40-44 division, which gave him the slot (in the M45-49 division in Kona since it is the age you are on Ironman Hawaii race day that matters). His final time was 9hr 11, even with a flat during the bike.

We did two specific training blocks leading up to Hawaii. They were very unique in terms of periodisation since Luiz was coming off a run injury he suffered early in the year. We broke it down in two different training blocks:

The decision to break down the disciplines into intensity and volume, as described above, was to allow him to get some bike volume before the second block; with his injury history it is not possible to do high run- and bike volume at the same time.

With a lower bike volume (reduced from high to moderate), we aimed to give his body a break from all the cortisol released during the long rides, and balance his performance hormones through the week with a high-intensity bike and swim. This strategy would get his body ready to handle the increase in run volume

I was Luiz’s roommate during race week and it was great to see that he was relaxed and confident. By now, Luiz has raced all over the world at all levels—this race in Hawaii was almost “one more” for him, which helped to keep the nerves under control.

Luiz was willing to take a risk on race day. It was an “all or nothing” strategy, another mediocre finish had no appeal. We both would be prouder if he attempted to race strong and blew apart later on, than racing with a defensive strategy only to do well again. He had been on the podium in Hawaii before, and there was no reason to aim for that again so we went for the win.

Speaking of winning, we knew that one athlete would give Luiz a great challenge for the victory. His name is Bent Andersen, a multiple Ironman Hawaii age group winner who until recently held the course record for three age groups (M35-39, 40-44, 45-49). Bent was also a world class professional triathlete back in the 1990s. Since the race is not won until someone crosses the finish line first, Luiz went for it.

On race day, his swim went as planned. He swam with the first pack in just over 53 minutes. After a quick two-minute transition, he was off to put the hammer down on the bike. The instructions were clear: ride like there is no run afterwards. He knew he needed a decent lead off the bike as his run training had been limited in the past year. We were looking for a 3hr 20min marathon, so the only hope was to increase the lead after the swim and hold off the competitors on the run.

Out on the run course, I took the first split and he had 5min 40sec on second place, Bent Andersen. The race was on. I was giving him splits every 5km or so. By the entrance of the Energy Lab, about 25km into the run, Luiz was still 2 minutes ahead but hurting badly. We tried a mental game then; once he hit the U-turn at the Energy Lab, he would pick up the pace and try to look fresh when running past Bent (coming from the opposite direction) in an effort to demoralise him.

However, as expected, Bent is an experienced athlete and stayed consistent with his pace. He eventually caught Luiz and attacked by opening up a 2-minute gap in five kilometers. Luiz tried to stay within striking distance—this is Ironman after all and anything is possible. We never know how much the leader is struggling and we have seen people collapsing on the course in the closing miles.

That never happened with Bent, however, who was the strongest athlete on that day and fully deserves the title of Ironman World Champion in the M45-49 age group.

Luiz was also extremely happy with his performance as there were no “what ifs” left after the race. He left it all on the course and couldn’t have gone one second faster. He can now rest and recover from the race knowing that he did his absolute best on race day, and this is ultimately what we aim to teach all our athletes to do, not only when racing but also in training and any challenging circumstances in their lives.

Triathlon Training: Frequency & Length of Runs Off the Bike
May 24, 2019