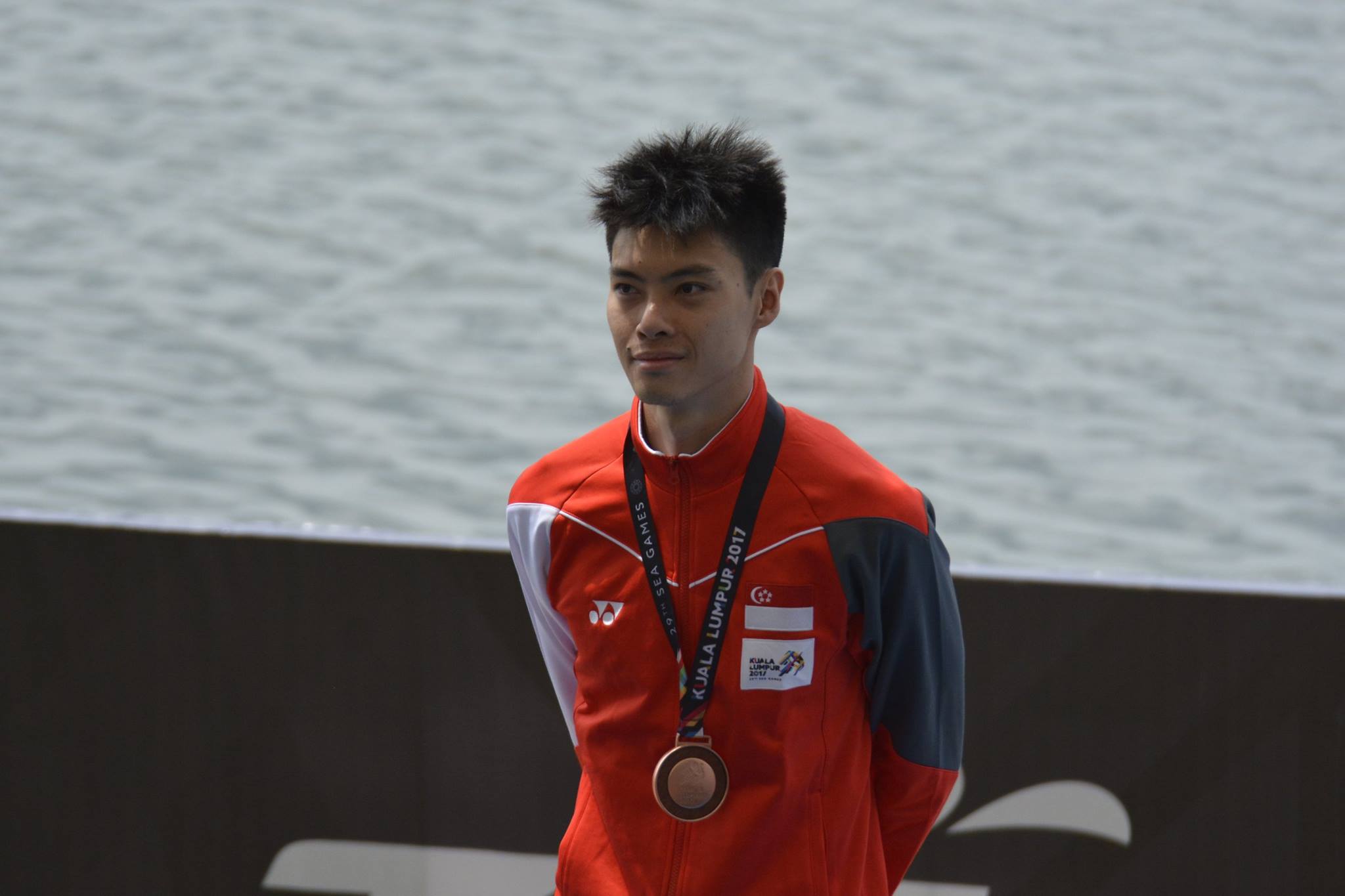 text by AsiaTRI-Singapore/photos by Fabian Williams

After months of intensive training, Clement Chow’s labors were rewarded as he snagged the final medal spot at the SEA Games triathlon event in Putrajaya, Malaysia on August 21. Improving from his fourth-placed finish two years ago on home soil in Singapore, the 29-year-old clocked 2 hours, 3 minutes, and 24 seconds over the standard distances of a 1.5-kilometer swim, 40-kilometer bike ride, and 10-kilometer run. After exiting the swim in the front pack with compatriot Wille Loo, Chow broke away on the bike alongside the Philippines’ Nikko Huelgas while Loo dropped back into the main group with Huelgas’ countryman John Chicano.

“The plan was for Wille and myself to ride together in the first pack,” Chow revealed. “But he experienced some technical difficulties coming out of T1 so that made it difficult for us to execute our pre-race plan.”

Staying with Huelgas on the bike was a gamble, and once off it Chow knew he would pay for it on the run. He said, “For the first time ever in a race, I was cramping up on the run. I knew I had a good gap and just had to manage my effort to avoid my legs seizing up to secure the bronze medal.”

The hard-charging Chicano pipped him for silver, but Chow managed to hold on to take bronze ahead of Loo in a reversal of their finishes from 2015.

The valiant medal attempt has come off the back of months of training 10 to 12 times a week, with the training load increasing over the last two months before the games. Chow has also had to juggle triathlon with his work as an auditor at financial services provider Deloitte, leading him to take two months of unpaid leave before the Games. “The Grant of Loss of Wages from Sport Singapore was very useful,” he said.

See also:  GTN: 2018 Ironman World Championship In Numbers | Everything You Need To Know About Kona

Yet he knows that to leap from bronze to gold in triathlon, Singapore’s athletes need to be able to devote their entire selves to the sport. He hopes that fully-supported training and competition will be on the horizon, given the team’s encouraging results. “The four of us in the SEA Games squad are either student-athletes or working-athletes, so it’s hard to step up to the next level that’s needed to win the gold medal.”