The Complete Travel Guide to Challenge Roth, the Largest Iron-Distance Race in the World 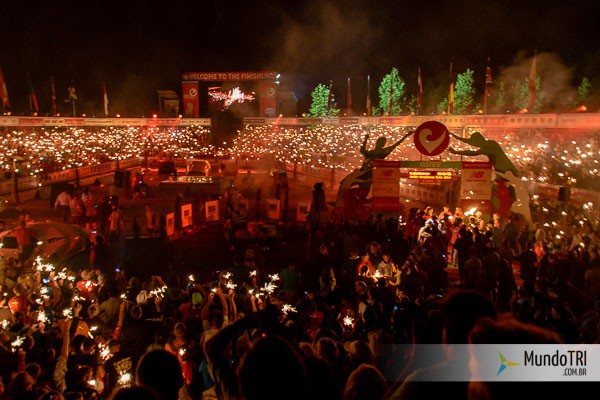 Every year, the world’s biggest long distance event attracts about 5,000 triathletes, add to that family and friends who troop to the small town of Roth in southern Germany. All slots for the 2015 race were exhausted in about 2 minutes!

What many do not know is that there are about 1,000 slots reserved for entry to the race venue the day after the race, which brings many athletes to the city to compete the following year. The reserved slots are priority for the race volunteers.

Whether as an athlete, or as a volunteer, to secure enrollment for the following year, or simply to watch and be in the spectacular setting of the competition, there are many reasons to travel to Roth.  And whatever you’re gonna do in Roth, we’ve prepared a guide with everything you need to know to make the most of one of the biggest triathlon parties in the world.

The town of Roth is quite small, with about 15,000 residents. The nearest airport is Nuremberg, about 50km from the city. Munich  is 80km away and may be a more interesting option. Frankfurt is about 3 hours by car, and it can also be an option as it is the airport that receives the most flights internationally, usually with cheaper fares (as we will see below, renting a car is essential in this trip). Incidentally, if you choose to get off at Nuremberg you will probably make a connection in Frankfurt. There are also connection options in other countries, such as Spain and England, to land in Nuremberg.

As the town of Roth is small, there are few hotels and inns, making most athletes stay in the various villages and towns nearby. Although there is transportation by train and bus between them, the frequency is small. Therefore, it is essential to rent a car, especially because of the bicycles. In addition, the start and the first transition are 15km from the second transition and arrival, where the Expo also takes place. Inevitably, you will need a car to get around at your pre-determined times, especially if you are going to compete and need to eat and hydrate at specific times. German roads and highways (Autobans) are excellent. So do not worry about driving there. The conditions are much better than most of the asian roads.

The Triathlon Park, where the exhibition and delivery of kits takes place, sits right in the middle of the town of Roth, with several nearby paid parking lots. You will have to walk at least 500m until you reach the event. Save the GPS from the way from your hotel to the Park, because you will do it several times. These routes, for the most part, are 10km to 20km.

Roth is part of a network of villages and small towns in the Franconia region of northern Bavaria. The city with the best structure is Schwabach, with about 40,000 residents and some interesting hotels. The best known of these is the Holiday Inn Express, which follows the brand’s standard throughout the world. The town of Roth itself has only one hotel with 24 beds, the charming Landhotel-Gasthof Boehm. It is difficult to get lodging here. Already, Schwabach has 7 hotels. Another option is to take in the cozy Hotel Schneider in Allersberg. Hilpolstein also has some good options, such as Sindersdorfer and Post. It is important that you plan as soon as possible, once you have filled hotels in the area, your only option is to stay in Nurenberg. An eccentric option is to join the thousands of Germans who camp in the area, most of them with trailers and motorhomes, obviously without the necessary comfort for those who will compete.

The expo concentrates all the services that athletes need, such as bike tuning, massage, nutrition and shops with equipment and apparel. This is the biggest expo in the world, so do not worry, because you can find practically everything related to triathlon.

Many say that every triathlete should race Roth at least once in his life. There are also those who say that everyone who likes triathlon, triathletes or not, should attend the race at least once. This is an incredible experience where the crowd’s interaction with athletes is enormous and genuinely felt. In most iron distance competitions, the public spends hours without seeing the athletes. In Roth this does not happen. There are several options to watch the race.

Ideally start the day early at 05:00, and park your car in Hauberg, next to the start. The pros fall into the water at 6:30, so to get a good place you need to be there before the crowd. As the initial course is on a channel, you can watch all athletes passing twice, at a close distance.

After the professional athletes get out of the water, it’s time to walk for 20 minutes to the classic Solarer Berg. The first professionals usually go there at 09:00. If you want a good place, you need to arrive around 08:30. You will feel like you are in the Tour de France, where there is hardly room for athletes to pass. Since there are two laps, you can expect practically every athlete to pass by. On the outskirts of the Solarer Berg in Hilpoltstein there are several cafes, bakeries and restaurants, making it the ideal place for a refreshment break. If you have a bike, it is easier to travel throughout the race. You can store it in the car in times of greater displacement.

After cycling, it’s time to return to the Triathlon Park where the Expo takes place. Transition 2 is about 1.5km away. Leaving the Heuberg car park, it is necessary to take the road via Allesberg, the only one accessible on the day of the race. If you are without cars, there are buses for the spectators, but usually have huge queues.

The first athletes usually reach the T2 at 11:30. If you have a bike, you can follow the 42km course and return to the arrival at the Triathlon Stadium, which usually fill up fast. To get a good place, it is necessary to arrive around 13:15. After the arrivals of the elite, you can feed yourself and go back to the stadium or back to your hotel. One option is to walk through the town of Roth where there are restaurants and of course lots of beer.

In the evening, be sure to return to the large party at the stadium, which starts at 10:00 p.m. and ends at about midnight. The stadium is crowded, so you have to get there early, around 9:30 p.m. This is the best time to enjoy the region’s great beer and celebrate one of the biggest and most important, and most fun events in our sport.

From Zero to Hero - Tum's journey to a full distance triathlon