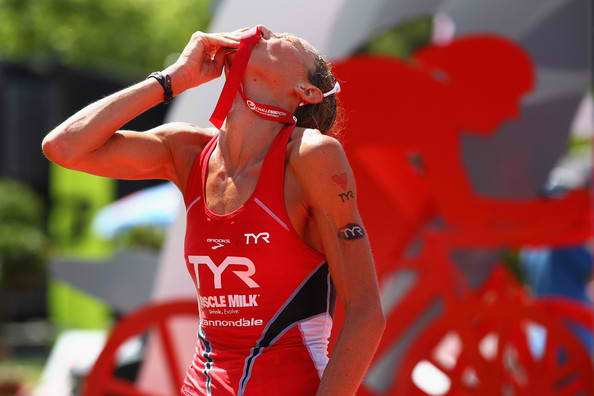 DATEV CHALLENGEROTH today announced that Simon Whitfield, Gold and Silver Olympic medallist and 2018 International Team Collins Cup Captain, will team up with Chrissie Wellington in the relay event at Roth on Sunday, July 9th. Simon will tackle some of the bike course, while Chrissie will run the marathon portion. They will be joined by Dylan McNeice, swimming specialist from New Zealand, who will be doing the swim leg, and Lisa Bentley, fellow 2018 International Team Collins Cup Captain, who will pitch in on the bike course.

Whitfield commented, “I was going to be in Europe and it was a good opportunity to make the trip to Roth to see some of the potential International members of the 2018 Collins Cup team, and then I heard that Chrissie was going to be there and was interested in running in the relay, and I thought, ‘It would be great fun to lace up the cycle shoes and join up with Chrissie Wellington.’”

Wellington stated, “The relays are one of the things I love about DATEV CHALLENGEROTH, and I am thrilled to join Simon Whitfield, Lisa Bentley and Dylan McNiece in a relay. While Simon and Lisa are rival Collins Cup Captains, it will be fantastic fun for all of us to celebrate the sport with the Roth participants and fans.”

CEO of DATEV CHALLENGEROTH, Felix Walchshoefer, stated, “It is honour for the whole Challenge Family to welcome Simon Whitfield to Roth. In addition to the relay with Chrissie, Simon will join Jan Frodeno on Saturday morning for a run with Roth fans, and what fun it will be to see the two Olympic Gold Medal winners together, maybe they will recreate their famous sprint finish at the 2008 Olympics!”