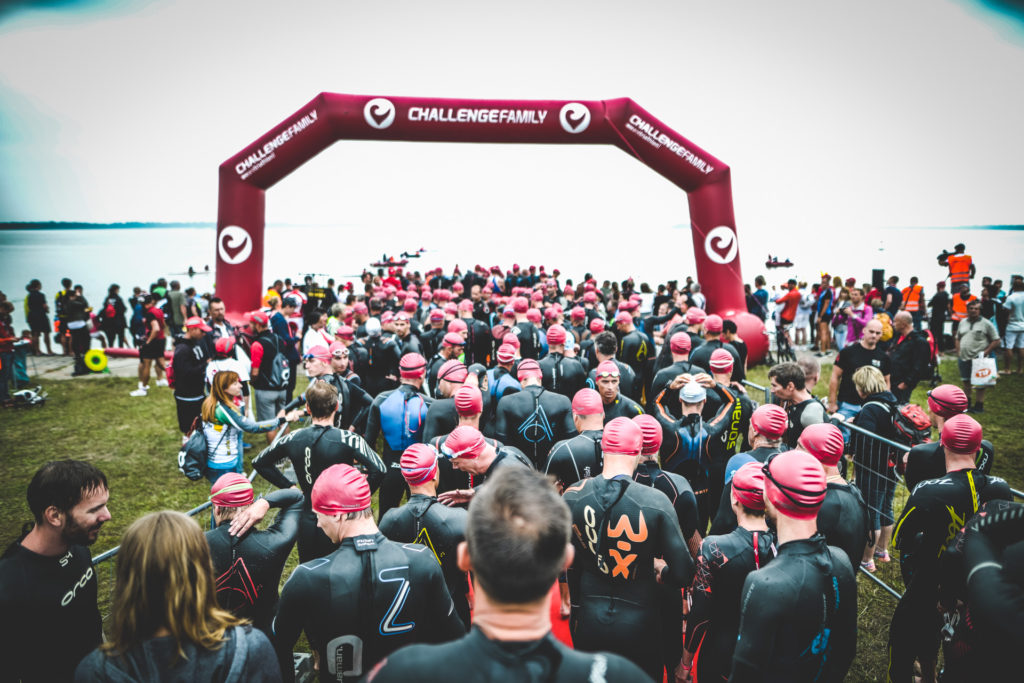 CHALLENGEFAMILY is delighted to announce a premium list of professional triathlon contenders who will line up at the start of the inaugural THECHAMPIONSHIP 2017.

Taking place on the 3rd June at the epic x-bionic® sphere centre in Samorin, Slovakia, the world-class team behind the event expect THECHAMPIONSHIP 2017 to set a new standard in triathlon.

Also taking part in her first middle-distance race in the women’s category is Rachel Klamer (NED). She will face competition from the likes of world number three Heather Wurtele (CAN), former ITU World Cup champion Annabel Luxford (AUS) and the winner of CHALLENGEMELBOURNE 2015 Melissa Hauschildt (AUS).

Promising an unforgettable experience for professional athletes, age-groupers and spectators alike, the incredible x-bionic® sphere centre, covering a total of 1 million square metres, will provide a spectacular backdrop to the event.

THECHAMPIONSHIP 2017 will start with a 1.9km swim in the adjacent Danube River. On closed roads, the 90km bike course will offer unparalleled views of Samorin and the surrounding towns and villages. Athletes will cycle south of the x-bionic® sphere towards the stunning town of Gabčíkovo, where competitors will cross the river and turn right before looping around the quaint village of Vojka nad Dunajon to head back to the transition area. The 21.1km run course will start in the heart of the x-bionic® sphere, directing triathletes north of the centre, along the river and back towards the picturesque finish area.

With a comprehensive list of professional athletes all racing to claim their share of the 150,000 euro prize pot, the stakes to win THECHAMPIONSHIP 2017 have been set deliberately high.

CEO of CHALLENGEFAMILY, Zibi Szlufcik, explains: “At Challenge Family we’re driven by the same mentality that drives our athletes: the passion to push limits, to perform at our best and to enjoy what we do in style. Not only does The Championship 2017 embody this philosophy, its very creation has been formed around the demands of athletes to reach our goal of setting a new standard in triathlon.”

Addressing one of the sport’s most heavily debated topics in long-distance racing, THECHAMPIONSHIP 2017 will implement a 20-metre drafting rule for all competitors on the bike course. Head of THECHAMPIONSHIP 2017 and CEO of x-bionic® sphere Richard Ungerhofer explains: “For a fair race we feel as though it is imperative that a 20-metre rule is implemented. As far as  x-bionic® sphere’s relationship with the event is concerned, it is partnerships like the one we have with Challenge Family that allow us to evolve as a sports-focused resort.”

Triathletes from more than 60 nations from Canada to New Zealand will line up at the start of the inaugural THECHAMPIONSHIP 2017 race.

Creator of the idea behind the x-bionic® sphere Mario Hoffmann said: “This event is the first ever Challenge Family The Championship 2017 with more than 40 qualifying races worldwide. We are immensely proud that x-bionic® sphere will be the host of the event, capturing incredible scenes of racing, while documenting a new, exciting and fairer Championship race for all.”

A Beginners Guide to the Triathlon Run