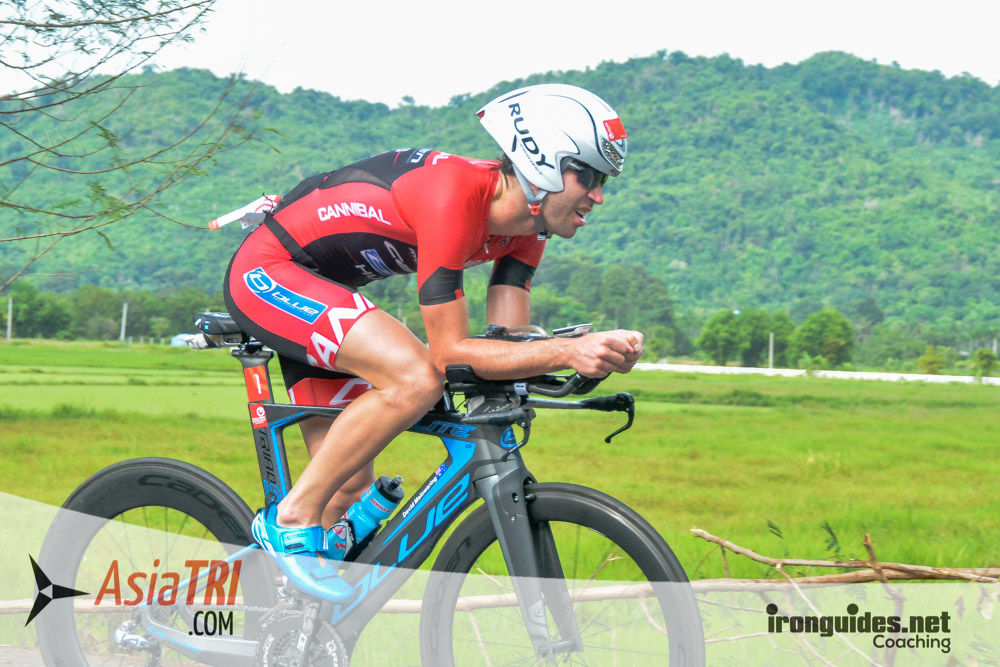 Challenge Nakhon Nayok is Thailand´s second Challenge race and a contrast of the alternative event, Challenge Kanchanaburi. While Kanchanaburi can be described as one of the world’s toughest half distance event, Nakhon Nayok is fast and flat, a nice combination for athletes that want to try both a new personal best time at the distance but also race a hilly course where finish time isn’t the priority. Both Fredrik Croneborg and Mike Phillips did the two Challenge events in Thailand and the difference in times in between both races were over 30 minutes and 20 minutes respectively.

In the inaugural event in 2017, the event had 715 athletes across both Olympic Distance and the Half distance race, including an international pro field of 8 athletes. GETTING THERE & WHERE TO STAY

It takes two hours to reach Nakhon Nayok from Bangkok. If flying from overseas, your best options are a private taxi (very affordable in Thailand) or renting a car, then once in town, organizers provided shuttle buses from the city hall to the race venue, an army base around 20min drive from downtown.

The two lap swim had three waves that were helpful to spread the athletes around the course. The triangle shape course had a lane and small marking buoys in between the main, turning bouys, which added to the calm and hot water, making it a very beginner -friendly swim. Be aware that warm up options in the water are very limited or non-existent to non-pros, so plan accordingly. The one loop, out and back bike course had the first and last ten kilometers within the army base on concrete roads that were a little bumpy, then the remaining of the course was on very quiet roads with perfect asphalt.

It’s a flat course only with some gentle rolling hills and a total elevation profile of just over four hundred meters, and while it do sounds appropriate for a very fast bike split, there were enough turns to break the rhythm down every once a while with some more technical and narrow segments too. The course goes past rice plantation villages to main highways. While in 2017 the run was relatively cool especially for the first and faster athletes, be ready for an extremely hot race, the day before the race the temperature was in the mid thirties, but after a storm in the evening, the race morning weather allowed for a much faster time.  It got hot only for the slower age groupers and Olympic Distance athletes who started at 10am.