Betten, Ready to Defend Regent 5150 Title, Will go for ThreePeat 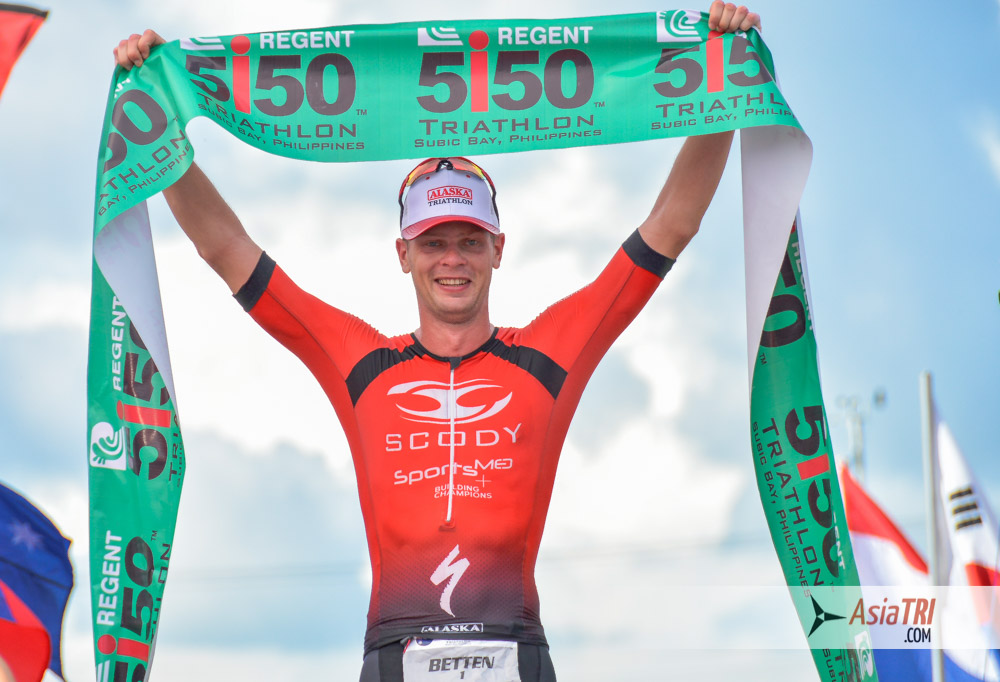 The Regent 5150 is back on June 4 in Subic Bay with a crack international field set to slug it out in what promises to be another exciting battle for endurance and wits. While the challenging 1.5k swim, 40k bike and 10k run event is for the pros, the organizing Sunrise Events, Inc. is again putting up the Sunrise Sprint designed for beginners wanting to immerse themselves into triathlon racing, a tri warrior who has been off the circuit and out to make a comeback or simply a triathlon enthusiast.

And inspired by its success in last year’s inaugurals,  Sunrise is again staging the short distance race series, featuring a 750m swim, a 20k bike and a 5k run, that proved to be a big hit last year. Still, focus will be on the pro side, particularly on Sam Betten, who is not only chasing a back-to-back title but a rare grand slam in the local version of the world’s largest Olympic distance triathlon series.

The 6-4 Aussie topped the last two editions of the event, including a dominating performance last year when he led from start to finish of the challenging 1.5k swim, 40k bike and 10k run event and churned out a 2:06.55 clocking.

That should pump Betten all the more this year – not only for the rare chance to become the first triathlete to score a three-peat in the annual event but also to prime up for the another 5150 championship in Bohol later this year.

But Betten will be in for a tough outing this time with fellow Aussies and veterans Ben Allen, Mitch Robins and Dan Brown along with Iain Alexandridis of the US going all-out to foil his ambitious bid.

“It’s tougher to win twice in a row. So going for three is something very special but very challenging,” said the 29-year-old Betten. While last year’s women’s champ won’t be around to defend her crown, veteran campaigner and bemedalled triathlete Dimity-Lee Duke, also of Australia, is tipped to dispute the title with Hungarian Anna Eberhardt, and Kerry Mulholland and Annelies Jeffries, both from Down Under.