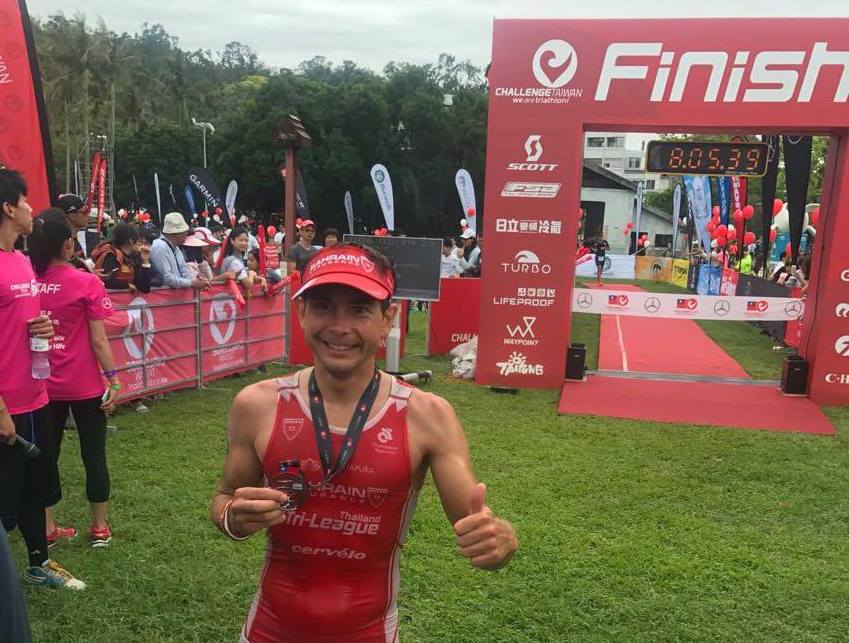 Frodeno was a late invitational entry into the half distance, traveling 40 hours to arrive in Taitung from Sardinia where only a week ago he topped another half distance. It was the two-time world champion’s first half distance win in Asia, which he achieved with a 22:51 swim, 2:03:48 bike, and 1:14:01 run to break the tape in 3:48:20. He said, “The course has some of the smoothest, fastest roads in the world, maybe second only to Roth. And it’s got the right spirit, there’s good fans out there and the run course is really nice. It’s a good race and I’m looking forward to coming back here next year,” he said.

“My coach told me to keep pushing on the run, so I was pushing pretty hard at the end,” he said. “It was a good time but to be honest I was tired… But you know you have to make the hard days, you’ve got to take them home as well and push hard, which is what I did today.”