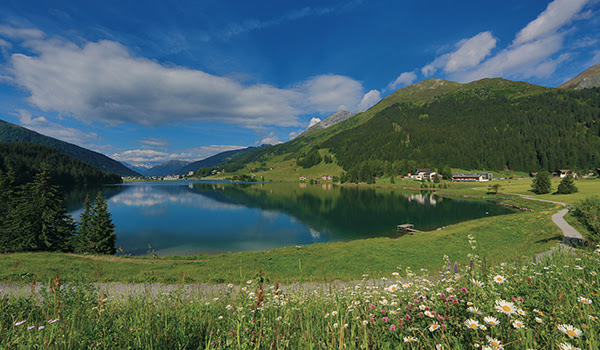 CHALLENGEFAMILY is delighted to announce the inaugural CHALLENGEDAVOS FESTIVAL in Switzerland as its latest addition to the fastest growing global triathlon series.

Taking place on 16th and 17th September 2017, CHALLENGEDAVOS FESTIVAL will combine the internationally orientated middle distance race of CHALLENGEFAMILY with the national triathlon series “Tri Circuit”, which offers a range of short distance events for athletes for all abilities. In addition, with the aim to attract more endurance athletes, the festival will also include a time trial effort by bike, roller-skis or inline-skates (or even by run).

Zibi Szlufcik, CEO CHALLENGEFAMILY and Co-Organiser of CHALLENGEDAVOS FESTIVAL, said: “Challenge Famiy is extremely proud and happy to finally arrive in Switzerland. The amazing city of Davos will be host to the annual CHALLENGEDAVOS FESTIVAL with spectacular courses, drinking water-quality swim and breathtaking surroundings. This all-encompassing addition to the CHALLENGEFAMILY global schedule with qualification slots for The Championship will fulfill all expectations for athletes and spectators alike.”

Perched 1,560 metres above sea level, situated in the heart of the Swiss canton Graubünden, Davos is the highest town in Europe. Each course at the event has been meticulously designed around the “high altitude” experience to ensure that all athletes are able to compete in front of a stunning backdrop during all points in the race. In addition, road closures will allow all triathletes to race free from traffic offering the best safety conditions on the Alpine roads throughout the weekend.

Sven Riederer, four-time Triathlon Olympic participant and bronze medallist in Athens 2004, founder of MooveMee, and Co-Organiser of CHALLENGEDAVOS FESTIVAL, said: “I am looking forward to establishing this exciting new triathlon destination together with Challenge Family and the local organisation team. In Davos, we can offer unique courses, which you won’t find elsewhere. The wonderful mountain landscape is a welcome contrast to other triathlon events.”

Saturday: Olympic Distance Triathlon
Competitors will swim 1.5km in the crystal-clear waters of Lake Davos before mounting their bikes to take on a 24km bike course, which will lead athletes up to the high mountain pass Flüelapass.

Athletes will complete their triathlon by running along the shores of Lake Davos before heading towards the finish line.

Sunday 17th September: The CHALLENGEFAMILY Middle Distance
Regarded as the centrepiece of the programme, the middle distance will start at the edge of the beautiful Lake Davos where athletes will dive into a refreshing 1.9km swim.

After completing the swim, athletes will mount their bikes and tackle the demanding – yet equally as spectacular – 50km cycle. Each competitor will cover 1,770 altimeters in total, which will include conquering the high mountain pass, Flüelapass, from each side.

The final third of the race will take athletes on a 21.1km run around the picturesque lake and towards the finish area.