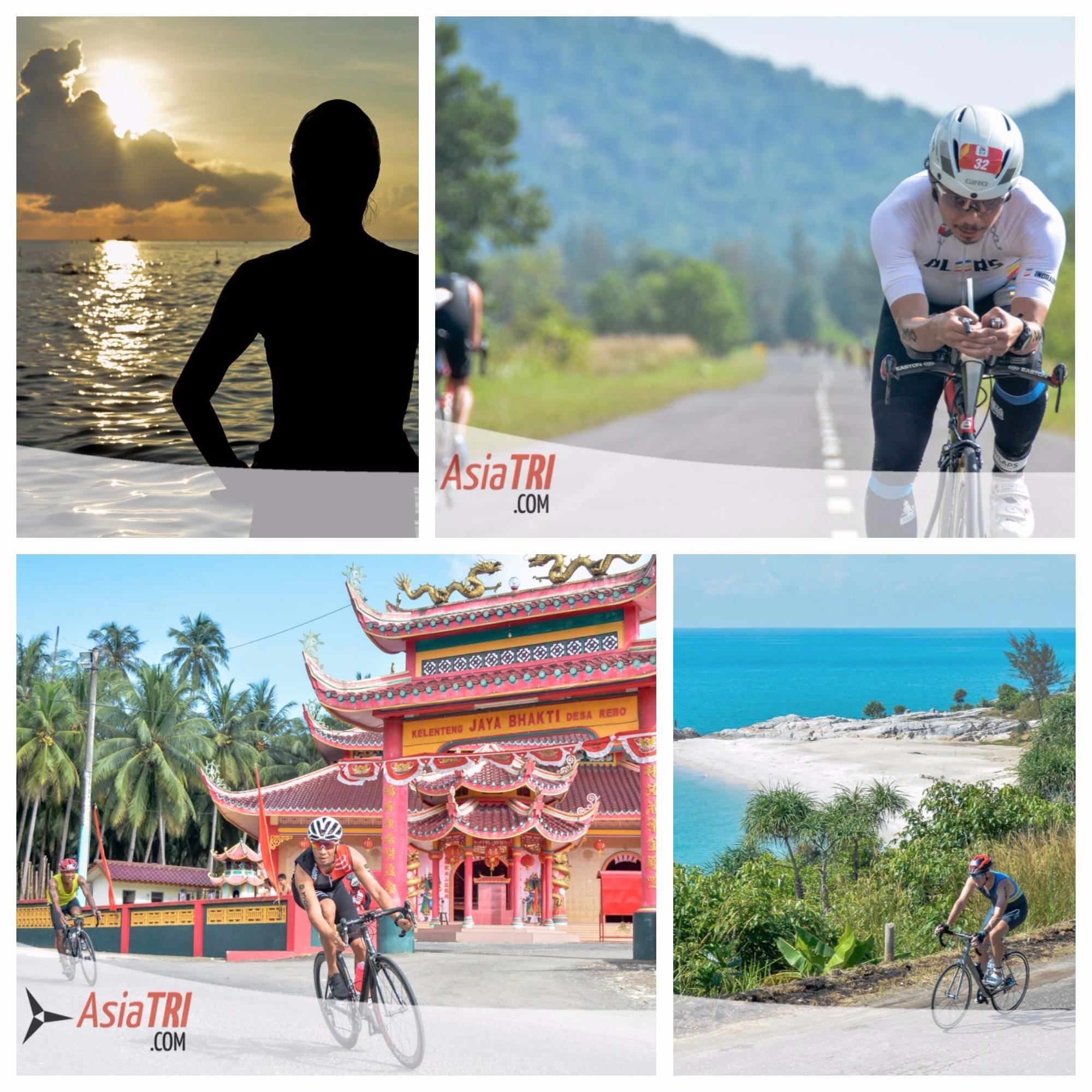 Sungailiat Triathlon is on the top of the list for many Indonesian triathletes due to its challenging course and the race has been running now for several years by a very experienced team.

The event offers three distances: Sprint, Olympic and Half Distance (1.9k swim / 90k bike / 21k run), and all are draft legal, making it a very unique type of race.

Another interesting fact about the race is the prize purse, prize money is offered for the top 3 overall of all distances, peaking at 15.000.000 IDR (around 1.150USD) for the winner of the Half Distance race, and also includes, prize money for each age group for both sprint and Olympic Distance races. Numerous airlines fly daily to Pangkalpinang from these major airports:

Once at PGK airport, the organizers provide a shuttle bus to one of the several race hotels, the ride is long at 75-90min, you can make it faster in 50-60min total by hiring a private taxi rather than using the race organizers shuttle as these drops athletes at several different hotels which are 10-15min apart from each other.

If you decide to use the race’s shuttle, bikes are sent direct to transition hotel and stay there for the entire weekend due to space limitation at shuttle buses, plan your luggage accordingly.

Once at one of the race hotels, there are plenty of shuttle buses on the day before the race to registration / past party, race morning, awards ceremony and back to the airport. We interviewed two veterans of this event to describe the course, Abdoullah Mitiche, based in Jakarta won the half distance overall while Spain’s Salvador Alacio, based in Singapore was a few minutes behind Abdoullah in 2nd place, both have raced multiple times at this event.

One of the highlights of the race is the swim at the paradisiac beach of Tanjung Pesona, where you can expect warm and calm waters.

The beach start course is well marked with buoys along the way. The loop is 750m long, making it easy for sprint and Olympic distance athletes, while long course athletes need to do extend the final buoy on the first lap.

The run to transition is 200m long on a very steep hill, expect your heart rate to spike at that time and adjust bike pacing accordingly to allow appropriate recovery time. Sungailiat has a very unique bike format since it is drafting legal. This however didn’t change much of the race dynamics as expected as in 2017 there were just over 500 athletes across all three distances which spread things nicely.

Drafting legal however in a race like this can make things more dynamic and exciting as unlike your typical draft legal event where you can expect to be sitting in a large group and can even change the priority and focus of your training, in this race, there’s a chance you will find yourself riding alone or with a group of athletes at a level too different to yours to be in the same pack. The course is mostly flat with several rolling hills spread through the course and your random longer or steeper hill here and there, but nothing that changes the style of this race. Road conditions is mostly really good, only with a few very short segments of poor quality.

Safety is also on the priority list, from the kilometers marks 5 to 15, the bike course runs through one of the islands busiest roads, the local authorities closed one full lane 100% to traffic.

Similar to the swim and run course, athletes of all 3 distances race the same course, however the long distance athletes are required to do an extra 4 laps of 10km at the quietest and best part of the course, while Olympic and sprint distance athletes need to do less laps Each lap is 5km long, providing athletes of all 3 distances to race the same course, also helping the organizers more control to the aid stations and course safety. The terrain is a mix of flats with rolling hills but nothing too steep that requires special training. The main challenge on the run course is the heat, in the 2017 edition it was in the range of the mid-thirties, expect a slow run split.

All in all, this is a great race if you want to try a new experience, starting with a different format on the bike, on a challenging course while enjoying the adventure of traveling on a local Indonesia island.