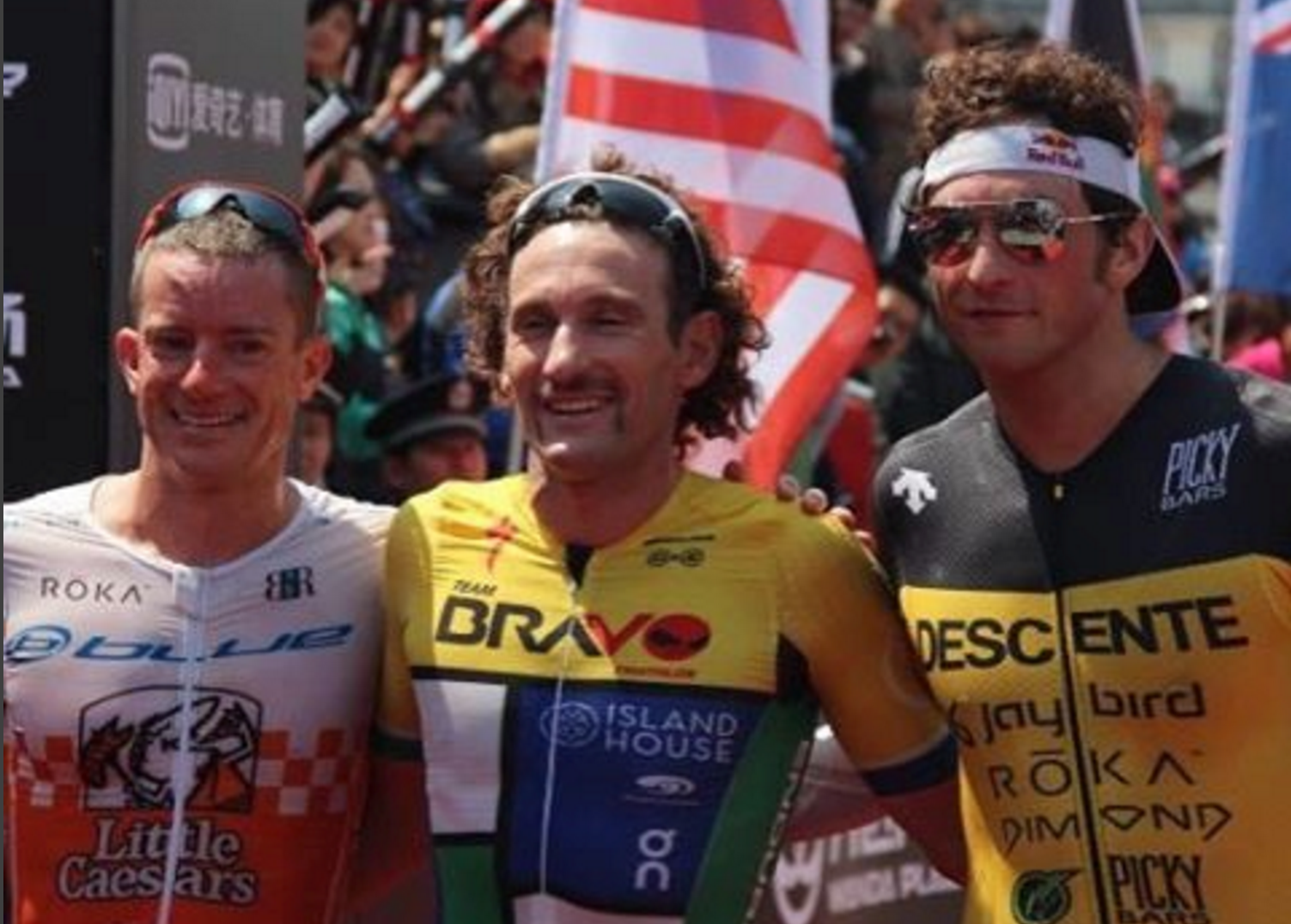 Tim Don of Great Britain took the men’s elite title in Ironman 70.3 Liuzhou in a dominating fashion, finishing in 3:37:44, a 3 minute 15 second vistory margin over the American Jesse Thomas.  Another American Patrick Evoe, closed out podium by finishing third, 8 minutes and 53 seconds behind the winner.  Evoe finished in 3:46:37.

Don took a short lead on the swim (19:39) joined in the lead pack with the Russian Ivan Kalashnikov and Eric Watson of Bahrain.  Don combined that lead with a blistering race best bike split of 2:00:14 to take a 4:03 lead over Thomas going into the run leg.  Jesse Thomas tried his best to keep it interesting, posting the day’s best run split at 1:11:34.  But Don’s T2 lead was too much to overcome as he countered Thomas’s surge with his own 2nd best run split of 1:12:44, paving the way for the wire to wire win.

The women’s elite race was a bit more unpredictable and exciting.  Jeanni Seymour of South Africa won on the strength of her women’s best run split of 1:17:15, overtaking erstwhile leader Radka Kahlefeldt in the penultimate kilometer to win in 4:08:08, a 31-second margin of victory over Kahlefeldt.

Super swimmer Haley Chura of the United States expectedly was the first woman out of the water, coming out solo in 20:01.  Kahlefeldt was left with a 45 second deficit, Seymour in 1 minute and 40 seconds.  Kahlefeldt took the bike honors with a women’s best bike split of 2:20:49, and was followed by Haley Chura (2:21:00), a 7 second difference going into T2.  Seymour kept herself in contention, trailing the T2 leader by 3:39.  It was all Seymour would need as she outran anyone on the women’s field by at least 4:10.  Chura completed 3rd place podium by finishing in 4:10:58.

See also:  Some of world's best triathletes racing in New Zealand at Challenge Wanaka
Follow us

From road triathlon to XTerra: How to video - with Josh Harris & David Ballesteros