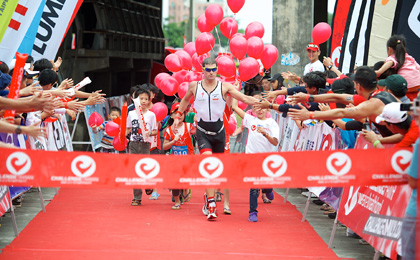 News of late sign-up by Ironman world champion Jan Frodeno added excitement to the race, and he will immediately be the favorite to win the title for the half-distance.  Asian-based Pro Fredrik Croneberg comes back to defend his title in the full distance category.

The Philippines’ longest-running triathlon event, Subic International Triathlon or SubIT as known by locals, drew a record field of almost 1000 participants (996) as they will compete in the standard, sprint, and super sprint distances to be held in Subic Bay, Philippines.

The Youth Olympic Games and Para-Triathlon events will also be held this weekend.

Attention will  be focused on the Philippines’ aspirants to the 2017 Southeast Asian Games set to be hosted by Malaysia this August as 2015 Singapore edition gold medalists Nikko Huelgas and Claire Adorna with Kim Mangrobang, Fil-Am Kim Kilgroe, John Chicano, Jared Macalalad and Mark Hosana face off with the rivals from Singapore , Malaysia and Indonesia and other foreign crack entries from Japan, Australia, Korea, Macau, Portugal, Hong Kong , Syria and Chinese Taipei.