Sanders Makes it Two-For-Two in 2017, Comeback Win for Chura 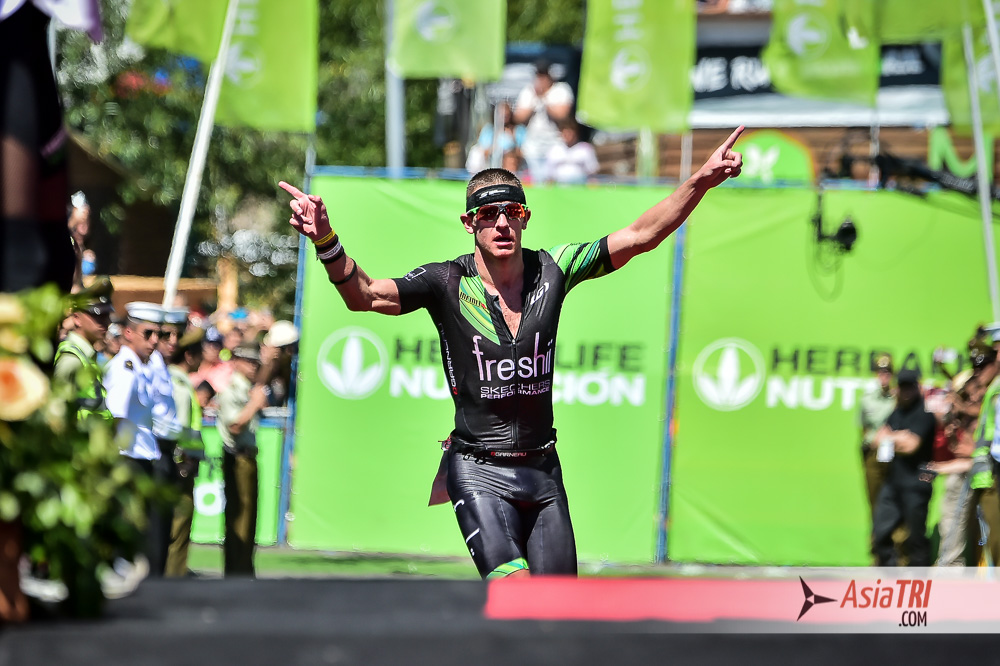 Lionel Sanders has hit the ground running with his 2017 race agenda to focus on the IRONMAN 70.3 World Championship. The Canadian chalked-up his second half-distance win of the season at IRONMAN 70.3 Buenos Aires where he once again mobilized his patented come-from-behind move on the bike to move to the front of the race.

Sanders jumped to the lead in the second half of the bike but was unable to shake persistent Igor Amorelli (BRA) until the pair hit the run. Sanders one-two punch combination in the form of his blistering bike and run splits, was just too much for the field to handle as his race best run on the day (1:13:10) netted the 29-year-old the victory.

In the women’s race, Haley Chura dominated the swim and scampered into T1 enjoying close to a three-minute advantage on a chase group of four women. Great Britain’s Kimberley Morrison was on a mission on two wheels that watched her out bike her closest rival by over nine minutes which resulted in her carrying a six and half minute lead on Chura heading into T2.

For Chura to bridge the gap to Morrison, the American needed to run 30 seconds faster per mile than the leader. Chura ran like she was possessed punching out a solid run while recording the fastest run on the day (1:22:29) to kick off her season in a winning fashion. Chura edged out Morrison by 47 seconds at the finish line tape.

Ironman Set to Return to Langkawi with Two Races