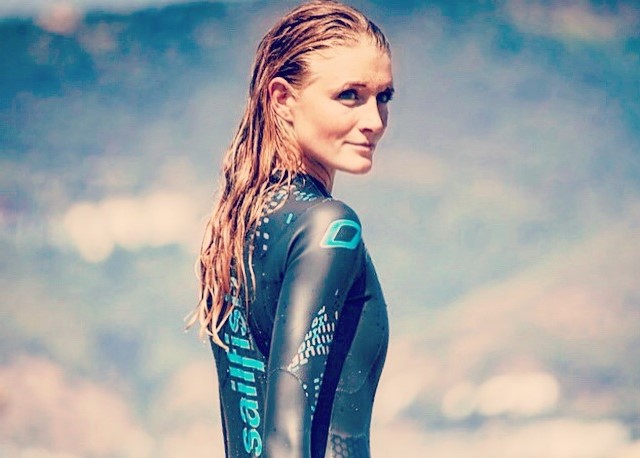 Imke Oelerich or Immy as called by her friends,  have always been a competitive horse rider as far as she can remember.  Until 2009, Immy did competitive 3-day event horse riding and represented the junior squad of her home country, Germany.

In one of the events she entered, Immy and her horse crashed badly during the cross-country leg.  A year after the crash, she was recovered but things did not go the way she planned it when she went back horse riding.

“I needed a mental break. So I started running for fun (3-5km) in 2008 and did one triathlon for fun (with breaststroke swimming and an old road bike) and I just loved it.” Immy moved to Cologne to study at the European Sport University and found herself surrounded by triathletes and triathlon coaches.  It was in 2010 when she started training for triathlons seriously.

“I have always been a competitor and so moved my motivation from horse riding to triathlon. When I come home I just love to go back on a horse, but in triathlon I found a new way of testing my limits, setting goals and keep going to get there.”

Immy came to Thailand for the first time last November to race at Ironman Thailand 70.3 and to visit a friend who has been living in Phuket for 2 years.   Coincidentially, she was invited to join the regular Thanyapura bike rides, and the pool sessions in the sports center.

“So I got to know a few members of the Thanyapura Pro Triathlon Team and we where talking about the team. After the race I had a meeting with Alexandra Lochmatter of Thanyapura and she offered me to join the team.” Imke is now the 4th member of the Thanyapura Pro Triathlon Team.  The other members of the team are Antony Costes of France, Ritchie Nicholls (GBR) and Ireland’s Eimear Mullan.   AsiaTRI was able to talk to Immy and was able to oblige her for a short interview:

“My  2016 season was full of ups and downs. In my first race in May I got stung by a jelly fish on my foot and  due to allergic reactions my foot was inflamed for a couple of weeks, which made it impossible to run. But in the End of the season I was able to win the Escape to Miami Triathlon and got 4th at Ironman 70.3 Thailand.” On her adjustment in staying in Phuket:

“The greatest difference is the weather especially at this time of the year, where you have winter in Germany. The winter is usually very cold sometimes you have snow and it can be very rainy and windy. I love to train in the sun and the heat doesn’t bother me too much. Also I cannot mention a place in Germany where you have everything you need for triathlon training, recovery and health so close by as we find it at Thanyapura. Additionally I love the friendly and respectful Thai mentality and the Thai food.”

On training in Thanyapura:

“First of all, it’s great to be surrounded with strong triathletes. We can motivate, inspire and help each other and if necessary push each other to be the best we can be, in training, in racing and in everyday life. The coaches, medical staff and the amazing facilities, which include a 50m and 25m pool, 2 gyms, locker rooms with sauna, ice bath , great restaurants and cafes and a lot more- make it so much easier to enjoy even very hard training weeks.”

See also:  Choose the Right Triathlon Coach for You

“I want to race Ironman 70.3 Races in Vietnam and China. During the summer I want to do some races in Europe and in the end of the year I will of course compete at Laguna Phuket Triathlon and Ironman 70.3 Thailand.”

Video: 5 Ways To Make You A Better Cyclist