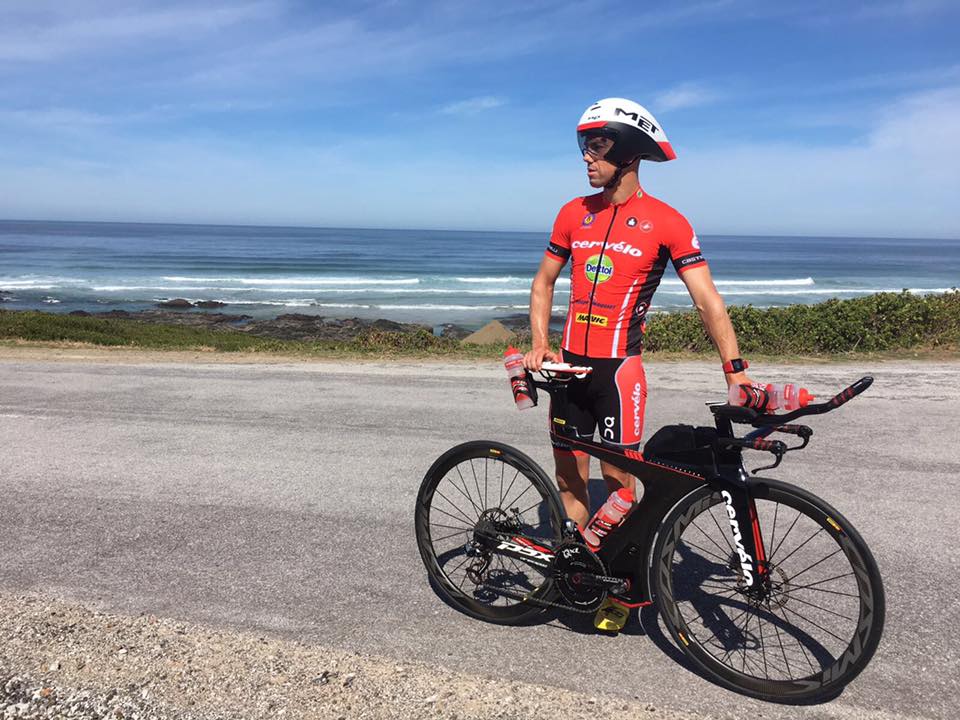 2013 Ironman World Champion Frederik Van Lierde was attacked and mugged during his training ride by a group of teenagers in Elizabeth Port in South Africa.  Van Lierde of Belgium, was riding in preparation for Ironman South Africa on April 2.

Van Lierde was mugged and robbed of his cellphone along Walmer’s crime hotspot, Victoria Drive. Just hours earlier, 57-year-old recreational cyclist and newcomer to Port Elizabeth Leon Killian was also mugged by a group of men on the same stretch of road.

Ironman communications specialist Michael Flanagan said: “The suspects slowed him down by standing in front of him and he was pushed to one side of the road. They hit him on the head with sticks, but fortunately he was wearing a helmet.”

The thugs made off with Van Lierde’s iPhone7 and his sunglasses.

The fortunate news is that Van Lierde will recover from the incident and be able to join in this weekend’s Ironman African Championship, based on the post from his official facebook page.

Ironman South Africa managing director, Keith Bowler, has acknowledged that the muggings are not good publicity for the upcoming 2018 Ironman 70.3 World Championship which will take place in Nelson Mandela Bay.

He told local news media outfit Herald Live, “The event is there to promote Nelson Mandela Bay. This is not good for the 2018 world championships.”

On the Trail with XTerra Pro and Thanyapura Coach David Ballesteros