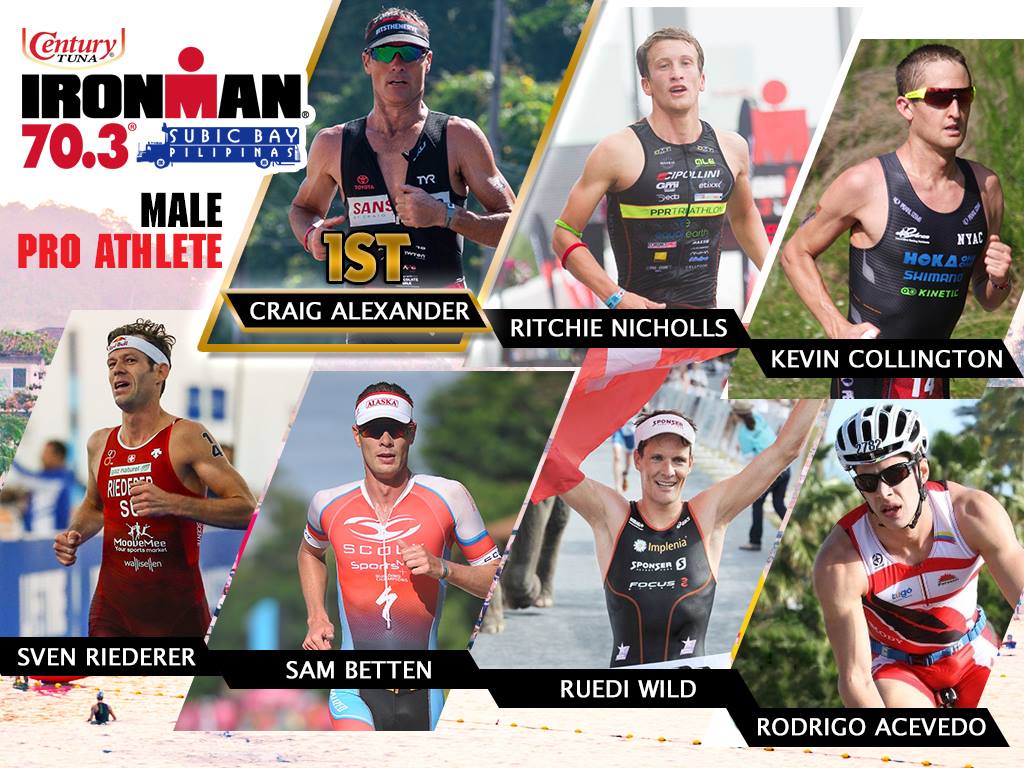 The race will start along the beach of ACEA resort in Subic Bay, with the bike course featuring a closed part of the SCTEx freeway and finishing with a run inside the freeport zone of Subic. The women’s race will feature the return of the podium placers at last year’s edition.   The lean but competitive field will see defending champion Caroline Steffen of Switzerland aiming for a repeat championship performance.   Challenging Steffen will be last year’s runner-up Radka Kahlefeldt (CZE) and 2-time 3rd placer of this event, Dimity Lee-Duke of Australia.  The rest of the list who can contend for podium spots are Kate Belivaqua (AUS), 2016 champion in Ironman 70.3 Bintan and Imogen Simmonds (CHE), in his first Ironman race as a Pro and after winning the Golden Triangle Tri just this weekend.  The rest of the list are:  Imke Oelerich (DEU) racing out of Thanyapura in Phuket and Australian Sarah Lester. all photos from Sunrise Events Inc.

Winner of the Free Entry to Ironman Cairns (Full) Announced

The Essential Triathlon Checklist | What To Pack In Your Bag For Race Day
August 6, 2019