How to Get into Kona: Ironman Officially Maps out Ways 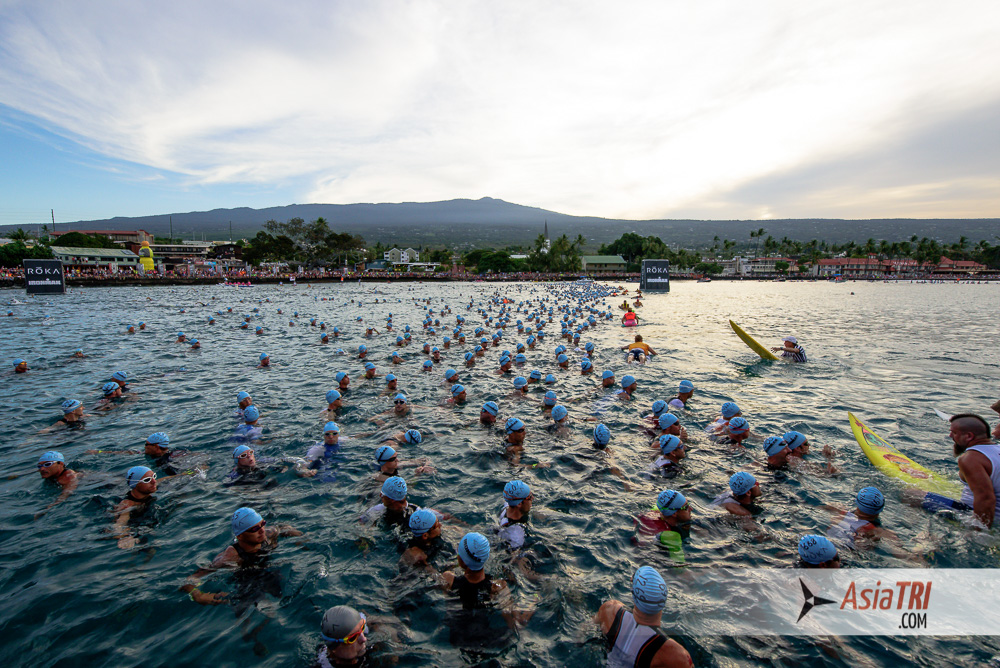 IRONMAN  announced today additional ways athletes can punch their ticket to the 2017 IRONMAN® World Championship in Kailua-Kona, Hawai`i. Notable opportunities include: the IRONMAN Kona Drawing to benefit The IRONMAN Foundation®; The IRONMAN Foundation’s annual Kona auction on eBay; the Physically Challenged Open/Exhibition Division Drawing; and the IRONMAN Legacy program. To further reward some of IRONMAN’s most loyal and committed athletes, 100 additional slots have been awarded to participants of the Legacy Program for a total of 200 athletes in 2017.

Every year, more than 2,200 dedicated athletes have the chance to compete in the iconic IRONMAN World Championship on the Island of Hawai`i. It was there that Dave Scott and Mark Allen battled head to head in 1989’s “Iron War.” It was there that IRONMAN legend Paula Newby-Fraser earned her historic eight world championship victories in becoming the “Queen of Kona.” It continues to be where thousands of athletes have overcome illness and injury, fighting through their own—or sometimes on behalf of others’—mental, emotional, and physical hardships.

The historic finish line on Ali’i Drive has become synonymous with big dreams, and even bigger accomplishments. It is the place where the IRONMAN mantra, “ANYTHING IS POSSIBLE®,” pulses through the beat of the Hawaiian drum.

Below are the various roads to Kona that are being offered for the 2017 season.

Standard qualification: Every year, age-group athletes compete in full-distance races globally for one of only a handful of highly coveted slots to the IRONMAN World Championship. This route demands a lot of blood, sweat, and sometimes tears, as athletes compete against their fellow age-groupers for slots. Each of the 40 full-distance IRONMAN races in the 2017 qualifying series offers a set number of Kona qualification slots, which are then divided up according to the size of the respective age-groups.

IRONMAN Legacy Program: The IRONMAN Legacy Program, now in its sixth year, rewards our most loyal athletes with a chance to compete in Kona. These athletes became eligible for selection based on having: a) completed a minimum of 12 full-distance IRONMAN races; b) never started the IRONMAN World Championship; c) completed at least one full-distance IRONMAN race in each of the 2015 and 2016 seasons; and d) registered for a full-distance IRONMAN race in 2017. This year, we have added 100 additional Legacy athletes to the annual 100 athletes selected, for a total of 200. The full list of winners which have been announced, can be found atwww.ironman.com/triathlon/news/articles/2017/02/2017-ironman-legacy-winners.aspx. Congratulations to all our 2017 Legacy athletes!

Japan to Whistler to Kona: This year, 20 qualifying slots to the IRONMAN World Championship are up for grabs for Japanese nationals racing Subaru IRONMAN Canada. These slots will be allocated based on the athlete’s Age-Group Ranking upon conclusion of the race. More information can be found here – www.ironman.com/triathlon/news/articles/2017/03/japan-to-whistler-to-kona.aspx.

Honu to Kona: In collaboration with the Island of Hawai`i Visitors Bureau, IRONMAN will be offering 10 slots to the 2017 IRONMAN World Championship. Any athlete who registers through individual entry for this year’s IRONMAN 70.3 Hawai`i by May 1, 2017 will automatically be entered into a drawing for a chance to win one of these 10 slots* (relays not applicable). Click here for more information – www.ironman.com/triathlon/news/articles/2017/03/win-a-kona-slot-at-ironman-70.3-hawaii.aspx.

2017 Bonus Kona slots: This year, bonus slots to the IRONMAN World Championship were allocated to a few select races in different regions. Ten lucky athletes won the chance to race at Kona via a drawing relating to IRONMAN Boulder, taking place on June 11, 2017. IRONMAN Australia, taking place on May 7, 2017, provided a similar promotion with 10 entries to Kona and in the coming weeks, information will be provided on a special opportunity for athletes racing at IRONMAN Maastricht – Limburg on August 6, 2017.

IRONMAN Kona Drawing benefiting The IRONMAN Foundation: This year, The IRONMAN Foundation is offering 10 Kona slots* through a drawing, with a suggested (tax deductible) donation of $50 to benefit the Foundation’s charitable givebacks in communities around the world. The drawing opened on Friday, February 24 and will finish on Friday, March 24, 2017, at 12 p.m. ET. Selected athletes will be announced on March 31. Additional information on the drawing can be found here – www.ironmanfoundation.org/2017-kona-drawing/.

Physically Challenged Open/Exhibition Division Drawing: To honor the vision of IRONMAN co-founders, John and Judy Collins, IRONMAN remains committed to providing athletes of all abilities a means of entry to the world’s most challenging and prestigious one-day endurance event. Through the Physically Challenged Open/Exhibition Division Drawing, five physically challenged athletes from around the world will be drawn to receive entry to the 2017 IRONMAN World Championship*. Further guidelines and information will be available at www.ironman.com/pcdrawing. Registration details are forthcoming. Athlete inquires can be directed to pcdrawing@ironman.com.

See also:  Increase your chances at a Kona slot

IRONMAN Executive Challenge: Once again, the IRONMAN Executive Challenge (XC) will be allotted 25 slots for the IRONMAN World Championship. Since 2009, IRONMAN XC® has created true competition among executive peers by offering slots to Kona. Through a series of qualifying events, the program brings together executives at select race locations around the globe for a unique and ultra-personalized IRONMAN race weekend experience. Details on this can be found here – www.ironman.com/triathlon/organizations/ironman-xc.aspx. For athlete inquiries related to IRONMAN XC, please contact Troy Ford at troy@ironman.com.

Video: How To Make Your Road Bike More Comfortable

Winner of the Free Entry to XTerra Phuket (Thailand) Announced