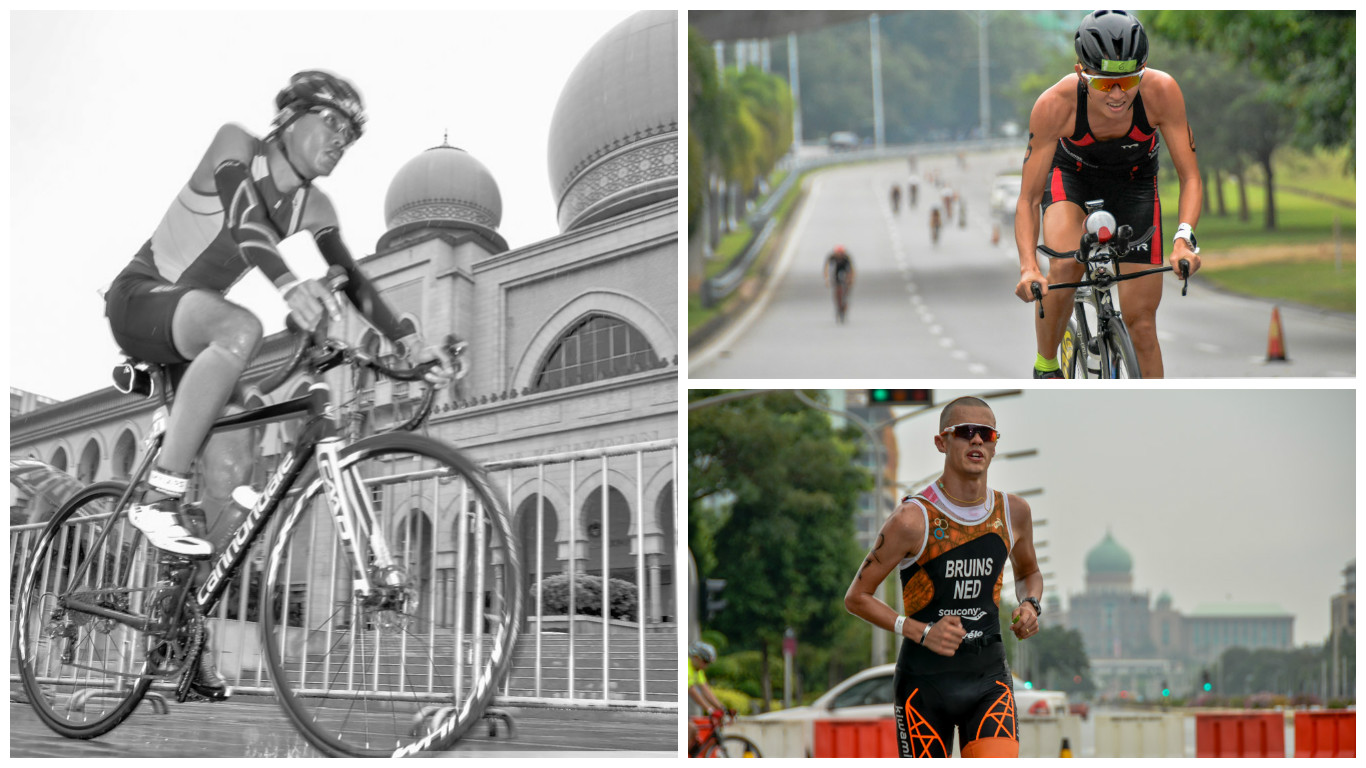 Malaysia hosted the first edition of Powerman in 2002 and the brand has since then established its reputation as one of the bigger duathlon events in the world.  This year, the event attracted 3.500 athletes, making it the world largest Duathlon event.  With two distance categories,  the classic (10k run / 60k bike / 10k run) and the short (5k run / 30k bike / 5k run), athletes had the option to race individually or in teams. Powerkids was also organized the day before the main event, where kids of all ages had the chance to try a mini duathlon race around transition area of the main event.

The host venue is Putrajaya, Malaysia’s federal administrative centre and planned city. The infra-structure is incredible and on the weekends it becomes a ghost town, with 3-4 lane highways and almost no vehicle in sight, making it a perfect venue for multisport events. Another convenience of this event is its proximity to Kuala Lumpur international airport, and is only a quick twenty minute drive away. The most convenient location to stay is right by the start and transition area, this avoids the need of transportation on race morning and on day before for registration and bike check in.

The organizing team, E-Plus, has been behind the race for several years and are also the organizers of Powerman Thailand and Powerman Indonesia, giving them experience and local network to provide the athlete the best possible experience, from giveaways of free bikes to slots to the other Powerman races ran by E-plus. With 5-kms per lap, Classic distance athletes had to do two laps on both runs, while short distance athletes only one. The 7am start makes the first run nice and cool with the temperature in the early twenties celsius, however being Malaysia, the second run could easily be extremely hot.  In this 2017 edition, the athletes were gifted with some very light rain that cooled it down and allowed very fast times, so be prepared to any type of weather coming to this event.

There were no wave starts and on some sections of the course athletes that only one lane to run at, if you are a middle of the pack athlete, this can mean some congestion on the first run, while on the second athletes were spread out and had their own space. The run course is mostly flat with some very gentle undulations, enough to keep the course interesting but nothing that will slow you down or spike your heart rate. The scenery was also mixed, from the main road in Putrajaya downtown or running through the quieter and greener areas.

Putrajaya on the weekend is a cycling paradise, while on weekdays the large roads are connecting government workers from home to their offices, there is not many cars on the weekends, making it always a very fast ride with perfect roads.

Each loop is 30-km long, Classic distance athletes had to complete 2 loops while short distance only one. While there is hardly any noticeable long or steep hill, there isn’t much of a dead flat roads either, false flats can be a good description to the course, gentle rolling hills that most intermediate or advanced athletes can ride in their big chain rings, followed by a stead and fast downhill. Similar to the run, if you are an intermediate level athlete, you can expect some traffic on the bike due to the sheer number of athletes. In terms of equipment recommendation, bring your time trial set up, a triathlon or time trial bike will be a lot faster over a road bike, and compact cranks aren’t recommended as you may find yourself needing extra gears on the long, straight and fast downhills of the course, while the uphills won’t require very light gearing.

Video: How To Make Your Road Bike More Comfortable